It’s fair to say that a certain orange marsupial is to thank for some people getting into videogames, and it’s easy to see why, but that doesn’t mean that it’s a solo effort. On the contrary, there are a number of Crash Bandicoot characters that help to make the franchise so popular. Yes, Crash himself is fantastic and an icon at this point, but let’s give props to his archnemesis too. 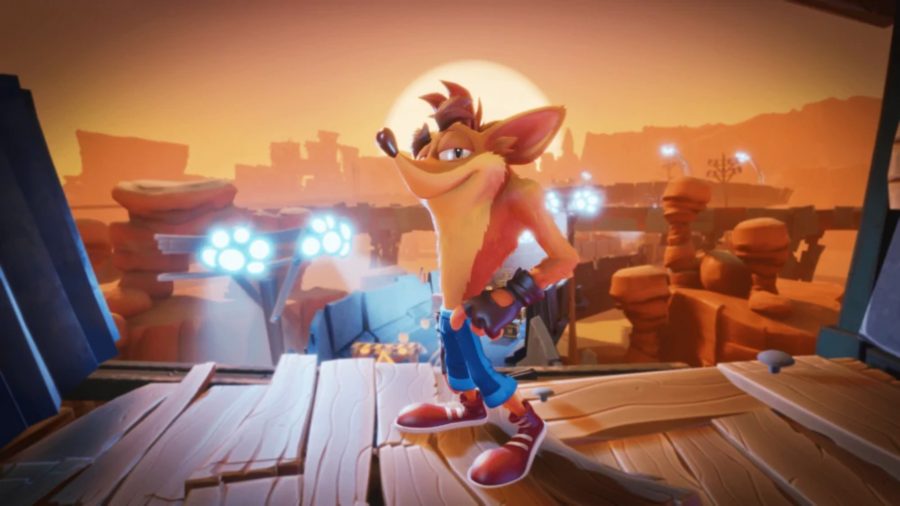 The titular character of the entire franchise, Crash is an icon, and anybody that doesn’t appreciate him or his games isn’t welcome here (Ben…). He’s been around since 1996, and, unsurprisingly, he’s in every single Crash game, including all titles on Nintendo Switch and mobile. Honestly, all he wants to do is eat, sleep, and chill on the beach, and we feel that. 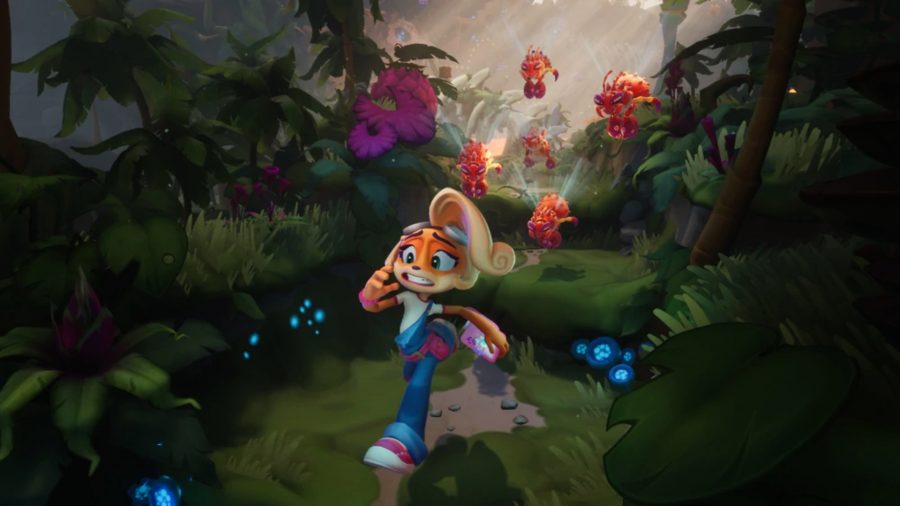 Originally, Coco’s debut game is Crash Bandicoot 2: Cortex Strikes back, but she’s part of the first Crash game in the N. Sane Trilogy – you can choose to play the levels as her, if you so wish. However, Coco didn’t truly come into her own until Crash Bandicoot 3: Warped, in which there are a number of levels in which you must play as her, and we’ve got no problem admitting that Orient Express is one of our favorite ever Crash Bandicoot levels. 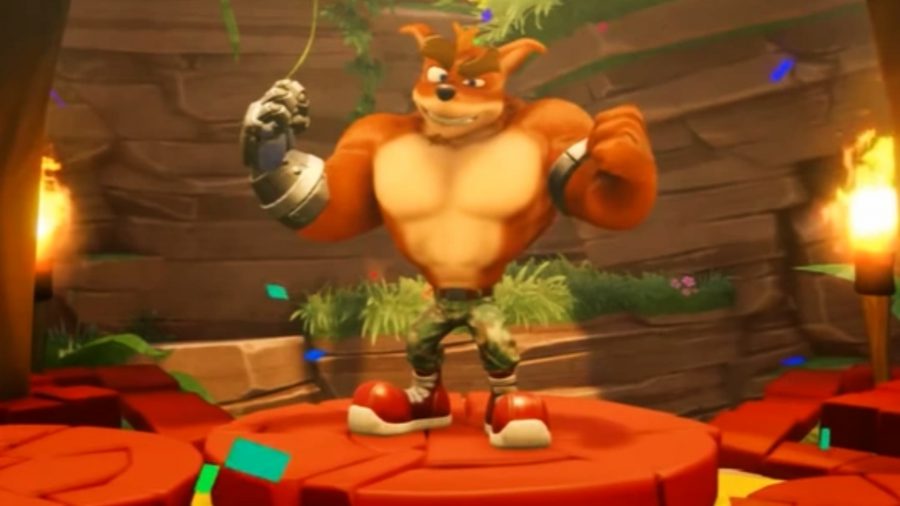 Crunch is a personal favorite when it comes to Crash Bandicoot characters, but on Nintendo Switch, he only qualifies for this list as he’s part of the Crash Team Racing Nitro-Fueled cast. However, Crunch’s first-ever appearance in a Crash game is Crash Bandicoot: The Wrath of Cortex, in which he was one of the primary antagonists. Since then, Crunch has seen the light, and acts as an adoptive big brother to Crash and Coco. 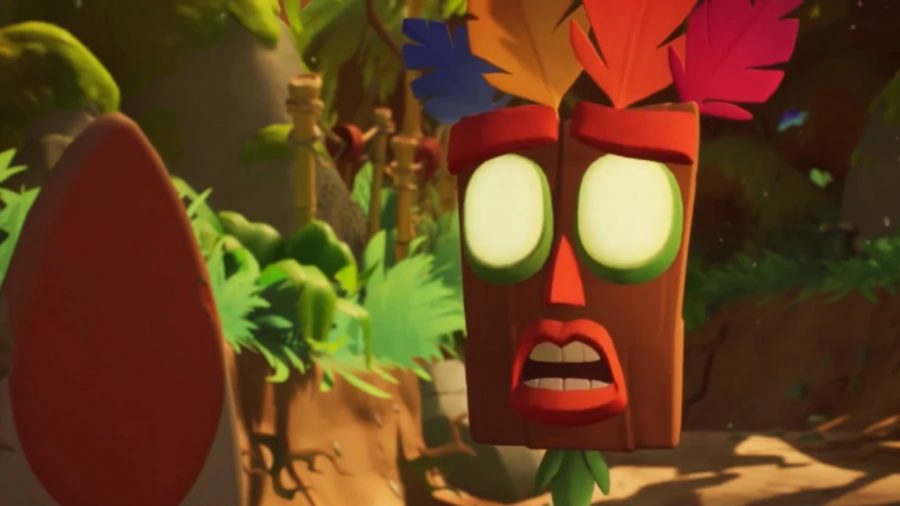 Everyone knows Aku Aku, he’s the mask that essentially looks after Crash and Coco, so it’s unsurprising that he’s been around since the very first game. Admittedly, we prefer Uka Uka when it comes to the masks, but hey, Aku Aku does a lot of good, so fair play to him. 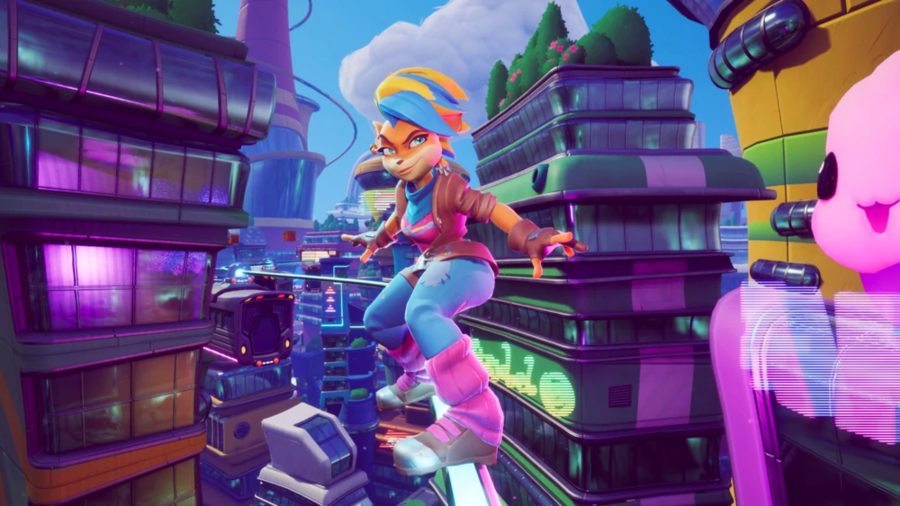 There are two versions of the Tawna, the one that Crash is dating in the first game, and the other is the badass Tawna from another dimension in Crash 4: It’s About Time. It’s fair to say that her levels in the game are fun, and she offers a different experience to her fellow bandicoots. 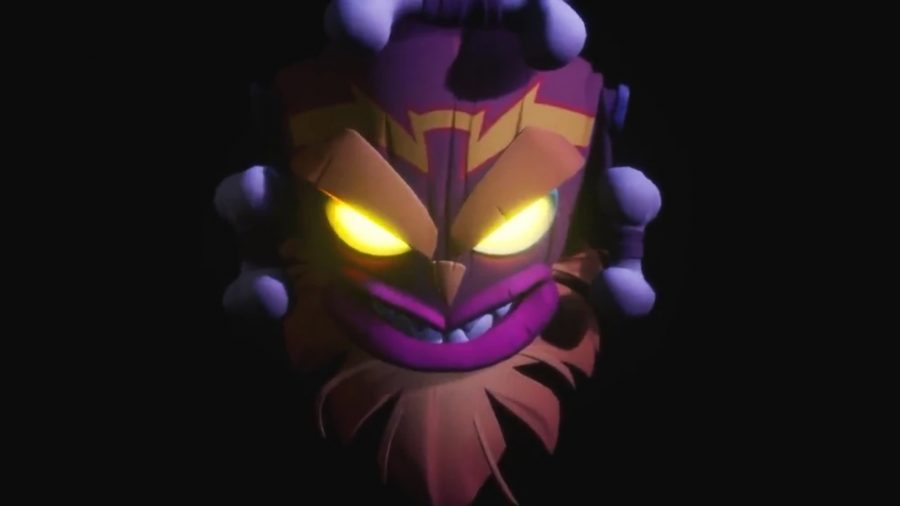 Uka Uka is the twin mask of Aku Aku, and he’s the evil twin – though it wouldn’t surprise us if he thought about switching sides due to the continuous failings of Cortex. Uka Uka didn’t make his debut until Crash Bandicoot: 3 Warped, but he’s made a lot of appearances since then. 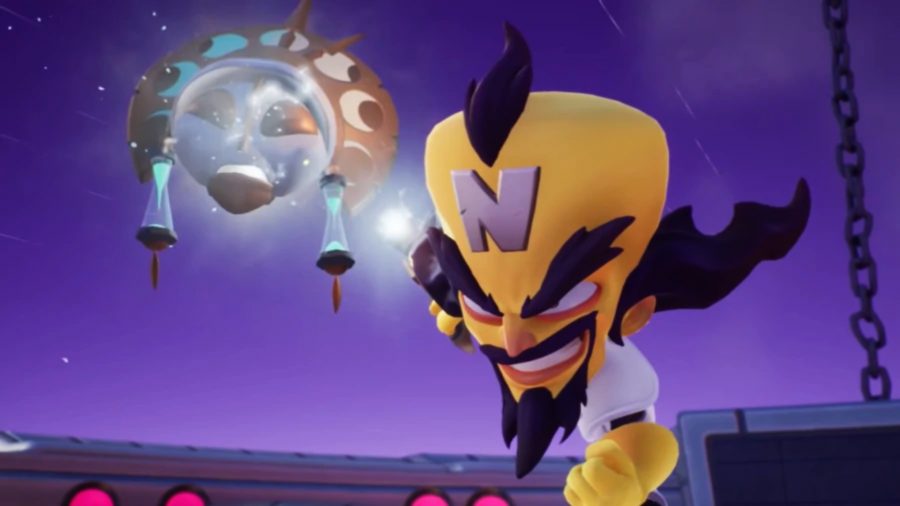 If at first, you don’t succeed, you try, try, and try again. Except in the case of Neo Cortex, it’s fail, fail, and fail again. For years now, the poor guy has lost to the blasted bandicoots, but kudos to him for not giving up, because we would have if we’re honest. 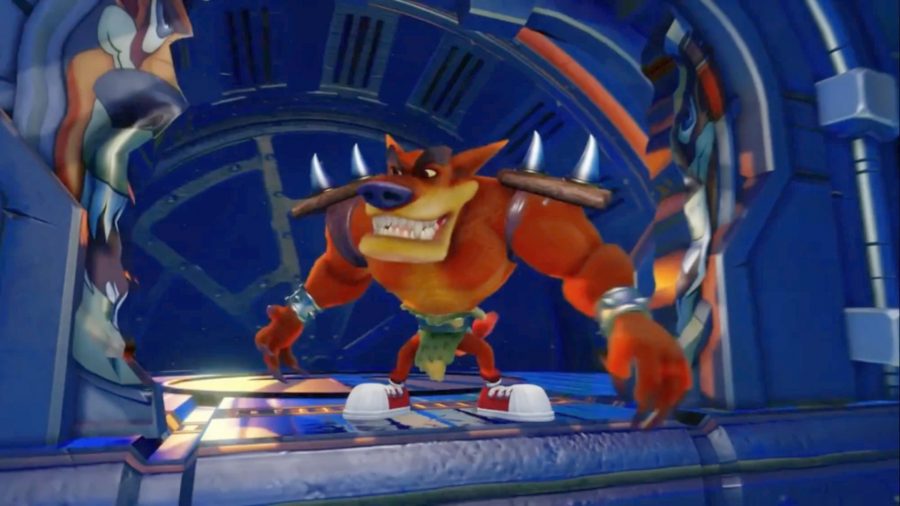 We love Tiny Tiger. He’s one of our Favorite Crash Bandicoot villains. Tiny’s first outing is in Crash Bandicoot 2, in which he serves as the third boss. Since then, he’s made numerous appearances, and is a playable character in the racing games and Crash Bash, the latter of which is a criminally underrated title. 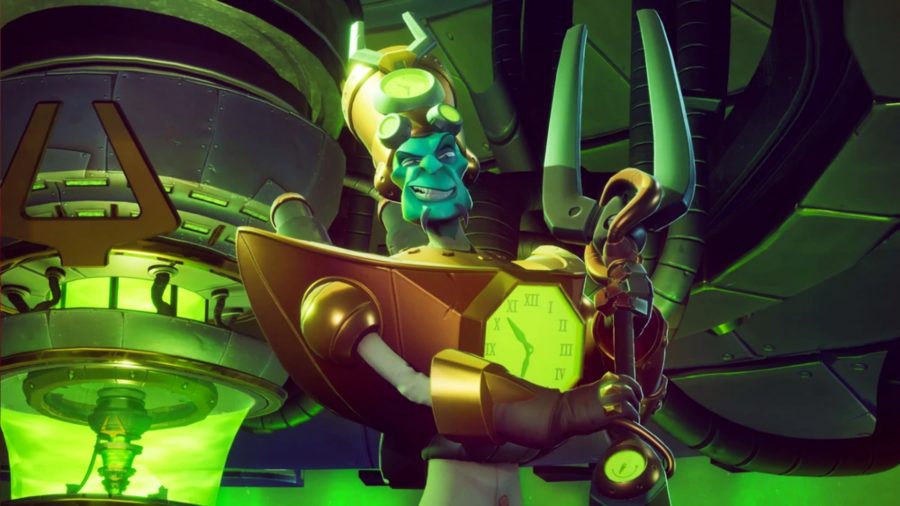 Dr Nefarious Tropy is perhaps the only villain in the Crash Bandicoot universe that has a clue what he’s doing, besides Uka Uka, that is. Anyway, this evil genius first pops up in Warped, and makes numerous appearances after, including Crash 4: It’s About Time, in which he serves as one of the primary antagonists. 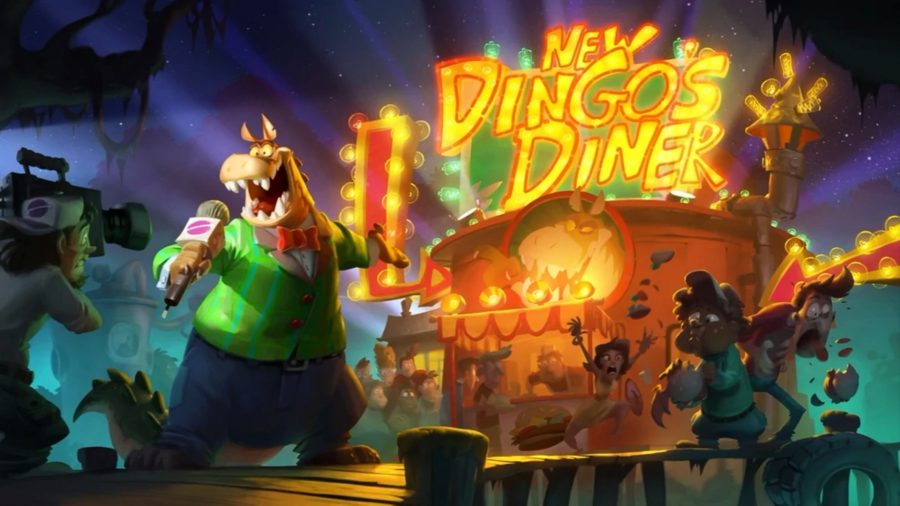 Dingodile is a brilliant character, and the fact that he kind of has a good guy turn in It’s About Time is fantastic. Not only that, but we get to play several levels as this character in Crash 4, and it’s nothing short of a treat. 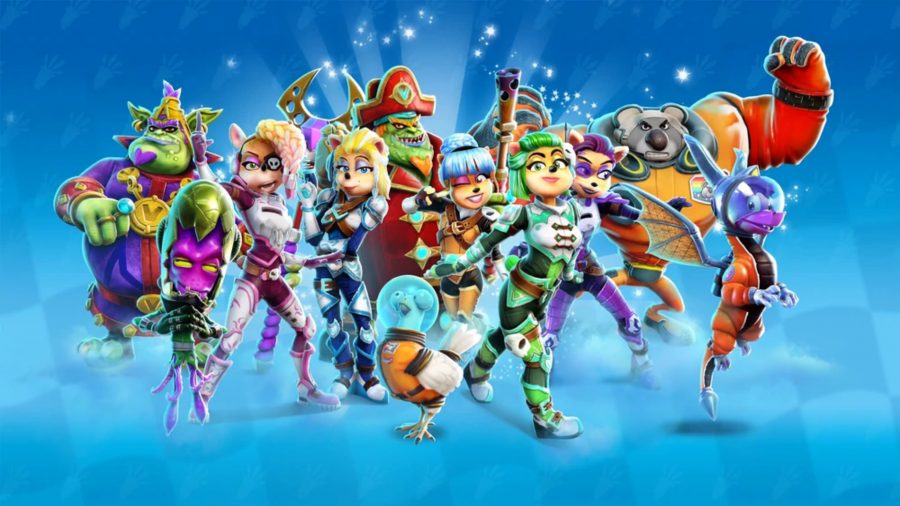 The below characters also appear in at least one of the Crash Bandicoot games on Nintendo Switch and mobile.

Phew, there you have it, all of the Crash Bandicoot characters on Switch and mobile. Now you know who they are, why not check out our Crash Bandicoot games list to see them in action.