Crunchyroll Games’ gothic RPG Bloodline: the Last Royal Vampire is about to get even darker still, with the addition of some Attack on Titan characters and content. The collaboration brings series favorites such as Mikasa, Eren, and Levi from the smash-hit anime into Crunchroll’s still relatively recent title, giving players the opportunity to take on Bloodline’s trials with their preferred titan-toppler.

Of course, the Bloodline: the Royal Last Vampire Attack on Titan crossover event is sure to bring many new players to the game, thanks to the mammoth success of the giant-battling anime. It’s all the better, as there’s never been a better time to jump into Bloodline, with not just Attack on Titan characters arriving as part of the event, but a heap of goodies will be available for players who partake in special events.

It shouldn’t be surprising that Crunchyroll is bringing popular IPs into its new title, as it’s something of an industry-standard these days, as proven by the recent addition of Neon Genesis Evangelion characters into PUBG, as well as the Bleach event in Arena of Value. With the clout that Crunchyroll has in the anime industry, we’re hoping for further anime-inspired crossovers in Bloodline, and I personally have my fingers crossed for a future visit from the cast of Demon Slayer.

When is the Bloodline: the Last Vampire and Attack on Titan crossover event?

Good news, vampires! The Bloodline: the Last Royal Vampire and Attack on Titan crossover event is live now, so all you need to do is jump into the game world to see what’s in store. 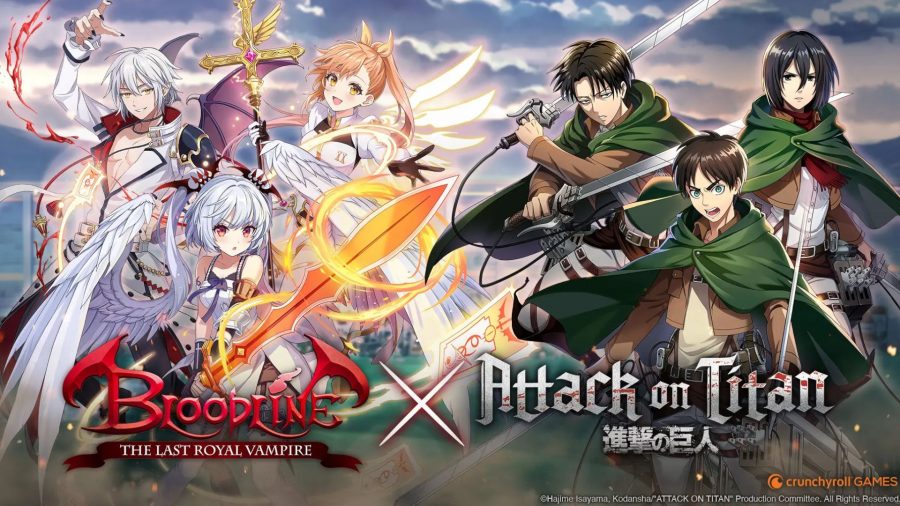 There you have it, all you need to know about the ongoing Bloodline: the Last Royal Vampire and Attack on Titan crossover event. For more dark excursions, be sure to check out our picks for the best games like Dark Souls on Switch and mobile.