If you’re in the mood for some gacha goodness brimming with a host of gorgeous but deadly girls, then Destiny Girl is right up your alley. Whether you want to chill and reap some rewards as you play idly, come up with unique strategies to challenge and defeat powerful dragons, or participate in thrilling PVP battles, this game’s got it all – all set in a forbidden paradise, where every character is a beautiful huntress with a unique personality.

But looks aren’t everything, and some cuties just don’t hold up as well as others in the heat of battle. That’s where we come in – our Destiny Girl tier list ranks all the best huntresses, so, if you’re struggling to pick, you can work out exactly which girlies to give your undivided attention to. We’ve also included a Destiny Girl reroll guide, so you can take destiny into your own hands if you don’t get the characters you want.

If you want some extra goodies to help you on your mission to ‘touch your destiny’, then check out our Destiny Girl codes. We also have an Idle Huntress code list, offering freebies for Destiny Girl’s sister game. Or, you can check out our a and AFK Arena tier list for even more idle gacha fun.

After much research, we’ve ranked the girls into tiers from S to B, based on how well they perform in all battles. Keep in mind that tier lists are meant as a guideline only, and are entirely subjective. It doesn’t necessarily mean that you can’t dominate the field with a B-tier field. 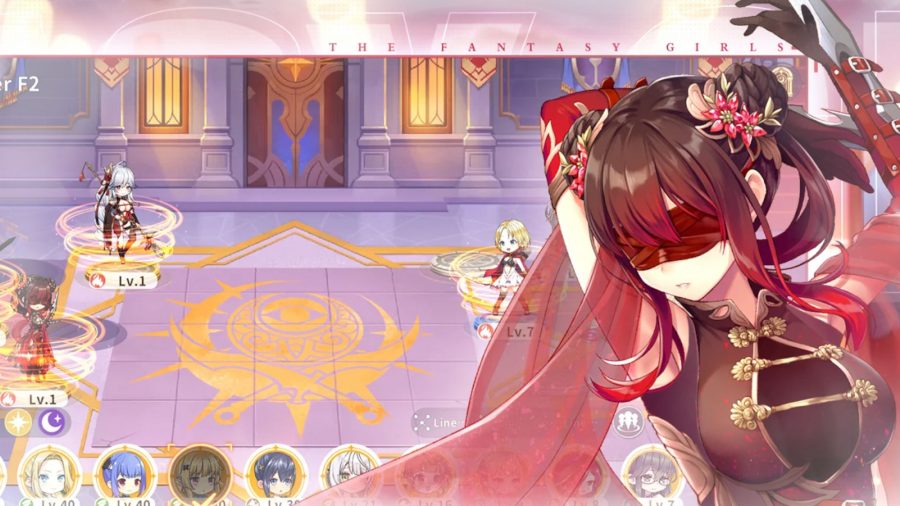 What are the different roles in Destiny Girl?

As with most gacha RPGs, any good Destiny Girl team needs to have a balanced composition. Huntresses mostly fall into three roles – attacker, tank, and support. Here’s what each role does.

Attackers are tasked with dishing out damage and taking down enemies, carrying their team through battle. Earth attackers like Tamamo No Mae, or any huntresses with AoE skills are great as attackers, due to their ability to damage multiple enemies simultaneously. Octavius, on the other hand, is another attacker with great utility, as she’s capable of knocking enemies up in the air. Then, there are the raw damage options like Himiko, who currently has the highest damage in the game.

The tank’s job is to absorb damage from enemies, protecting their allies from the front lines. The best tank is easily Hannibal at the moment, as, at top level, she has up to 200k health, and her shield reduces damage she receives by 50%.

It’s great having strong damage dealers, but they’re pretty useless if they’re dead, right? That’s what makes support characters so important, as their main goal is usually restoring health to their allies, or buffing them in battle. Currently, Izumo no Okuni is the strongest support huntress, as she can restore teammates’ health points by a whopping 30% with one skill.

How do I perform a Destiny Girl reroll?

So, destiny didn’t work out quite how you planned? Luckily, you can take it into your own hands, by doing a Destiny Girl reroll. It’s not the easiest process, but if you think it’s worthwhile and you’re on an Android device, you can follow these steps.

In order to reset the data, all you have to do is go to phone settings, then apps, then Destiny Girl, and hit the ‘clear data’ button.

If you’re on an iOS device, the only way to perform a reroll is to completely uninstall and reinstall the game.

That’s it for our Destiny Girl tier list and reroll guide – good luck touching your destiny! If you’re on the hunt for more titles like this, head over to our list of the best gacha games to peruse our top picks.