Dead men are heavier than broken hearts, and mystery games are ten a penny in these parts. So come, into the great cesspool, some nice neighborhoods to have bad habits in, find the laundromat ticket in the glove compartment, or an ancient ring in a dusty dig site, stick on your deerstalker, and get hunting. For sure, the contrast knob of creation has been messed with… Looks like we’ve got another mystery on our hands!

Sorry, I like a good mystery. Couldn’t help myself. Anyway, that interest comes in handy here, as I guide you through the best mystery games on Switch and mobile. Any budding detective out there may want to flex their muscles in the virtual world before reaching for a real mystery. So, give one of these ago, do your best confused Cole Phelps facial contortion, and get the job done, detective.

Once you’re done cruising the bleak arterials of these dismal backwaters, we’ve got even more recommendations for you. Whether you want city-building games, Warhammer gamesor the simple cozy fun of Yoshi gameswe’re here to help (but probably with less pretentious mystery novel references, thankfully).

Anyway, let’s see what we can see…

Mystery games on Switch and mobile 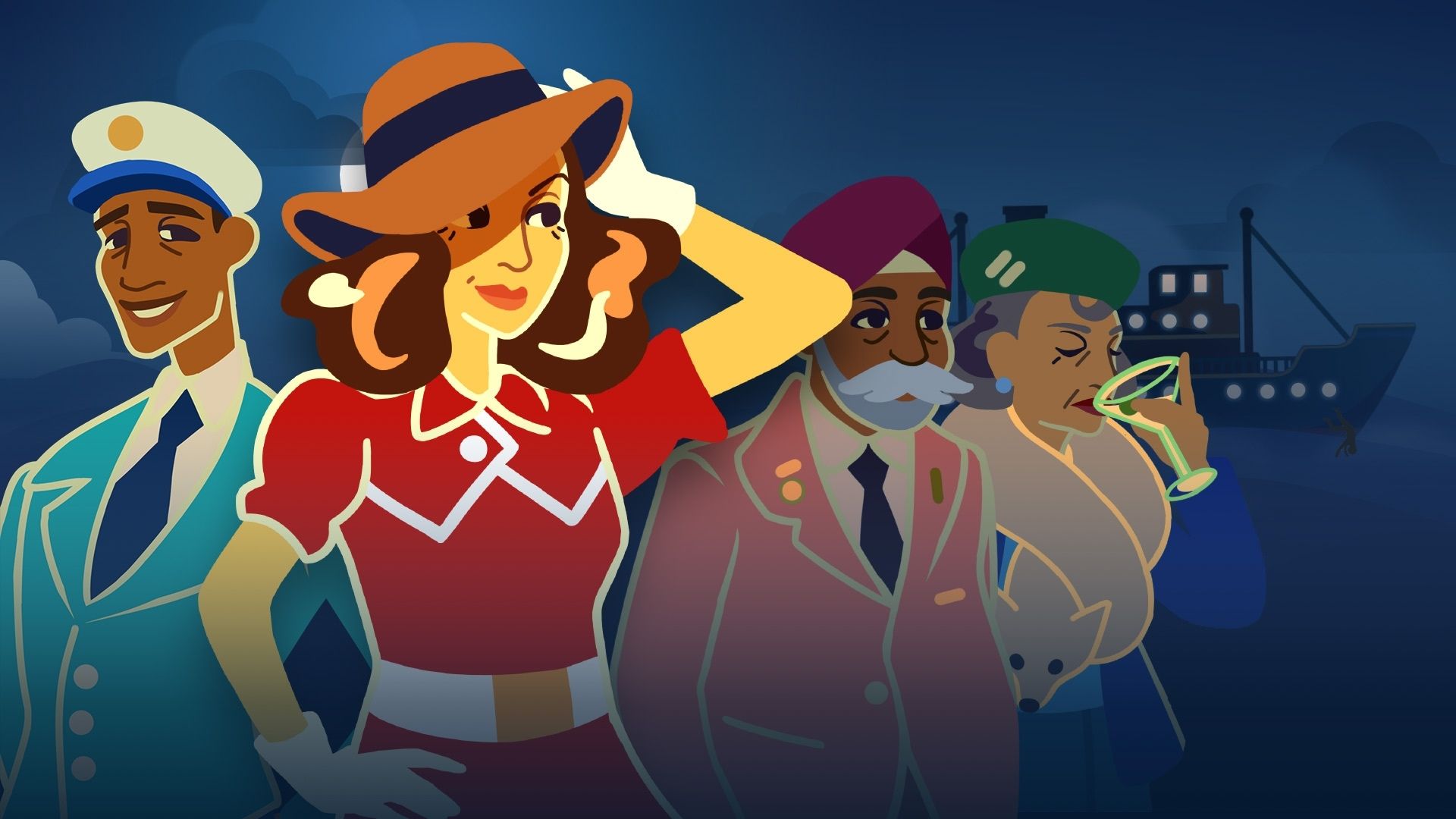 In a neat twist on the whodunnit, developer Inkle puts you in the shoes of whodunnit in Overboard. So, how does it work? Deceive and betray, sneak and steal, strongarm and seduce, and use every other shady tactic you can imagine to get away with murder. Anyone who knows how Inkle builds games will already know how much replayability is in their games, and Overboard is no different. (We have a glowing Overboard Switch review if you need more convincing). 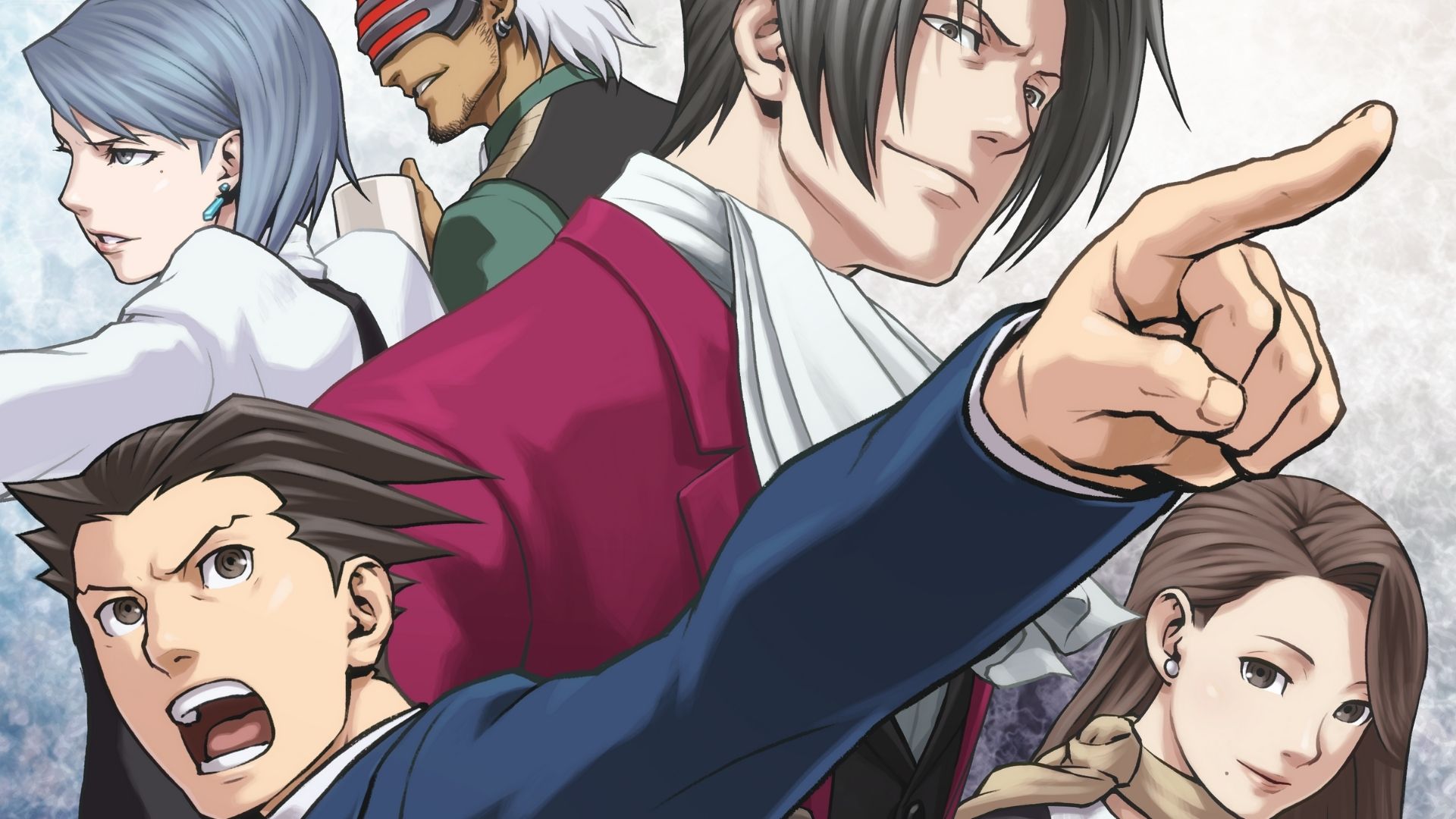 One of the all-time great adventure games, Phoenix Wright: Ace Attorney has some of the best-written mysteries in the genre. They’re more old-school than modern reimaginings, but the magic work that Shu Takumi pulled off with these mysteries will forever stand the test of time. Explore various locations in classic adventure game fashion, then head to the courtroom with your evidence to pin down the culprit. 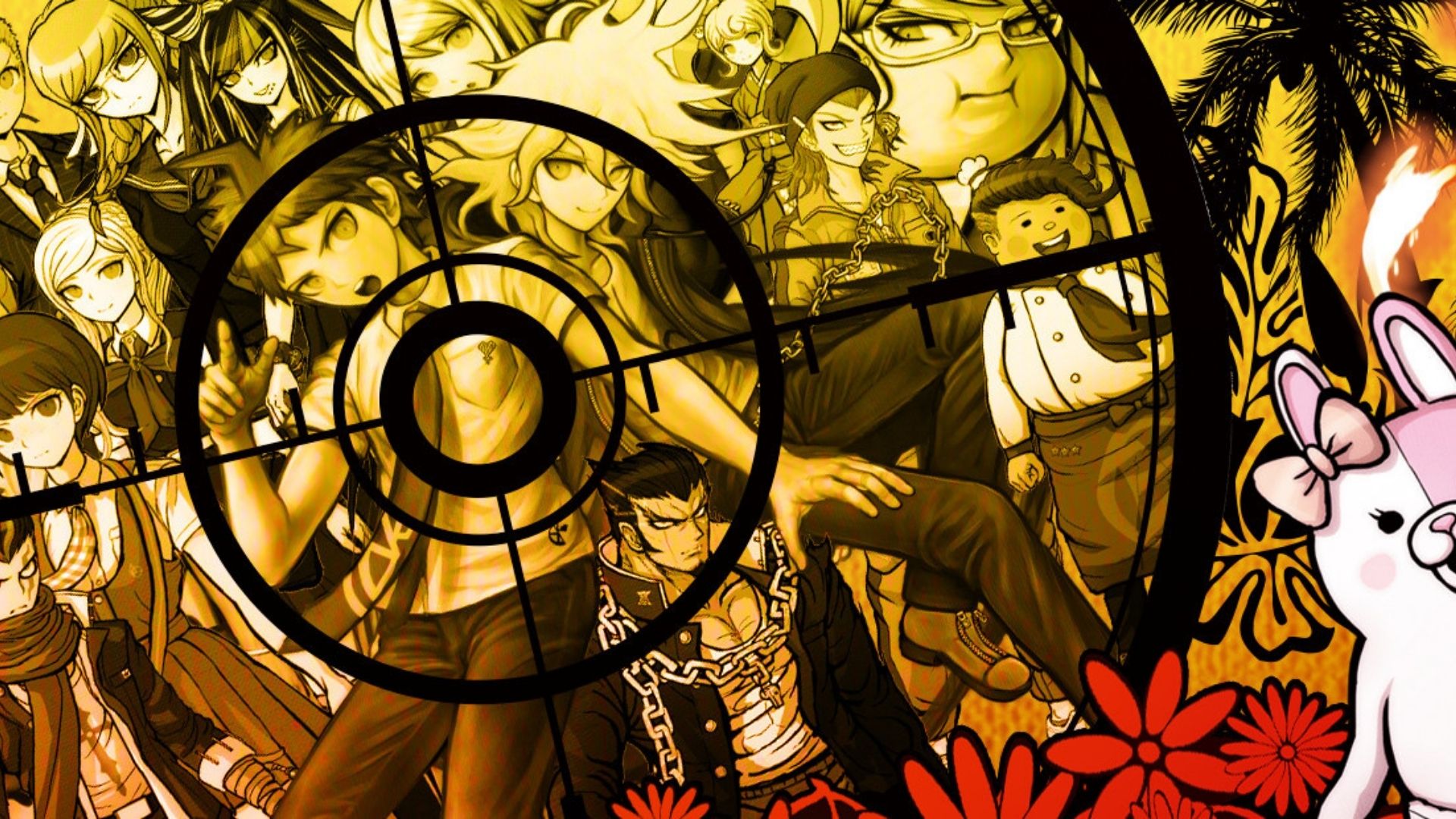 Daganronpa is similar to Ace Attorney in the way it’s set up. You have a school life section, where you hang out with characters or search for evidence, and you have a section that involves a trial. In the trial, you have to find out who did the dirty deed. The twist is there’s a strange FPS mode, with ‘truth bullets’ that you shoot at characters when they’re lying. (Both the first two games, Danganronpa: Trigger Happy Havoc and Danganronpa 2: Goodbye Despair, are great, and available on Switch and mobile). 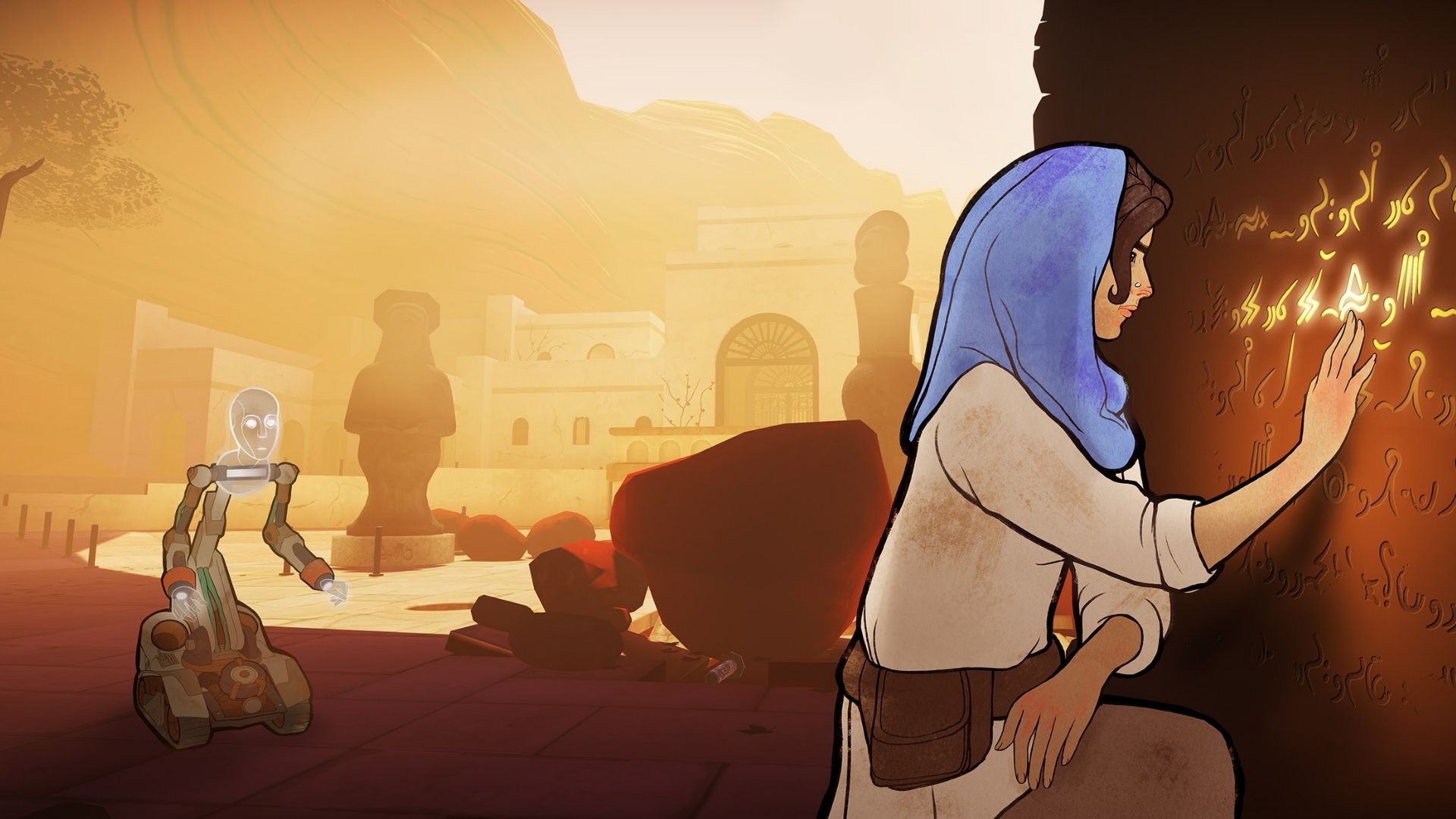 Hey look! Another Inkle game. I’m unashamed in my love for Inkle, and almost put 80 Days on this list, even though it isn’t really a mystery game. Heaven’s Vault definitely is, however, and puts you in the shoes of an archaeologist unfurling a mystery. It’s Inkle’s first foray into 3D, but not only that, it has some ingenious game design tricks to create a non-linear world that’s authored at every turn. If not for the fun of it, Heaven’s Vault is worth a look for the clever game design alone (check out this Jon Ingold GDC talk if you’re not sold, it’s great stuff). 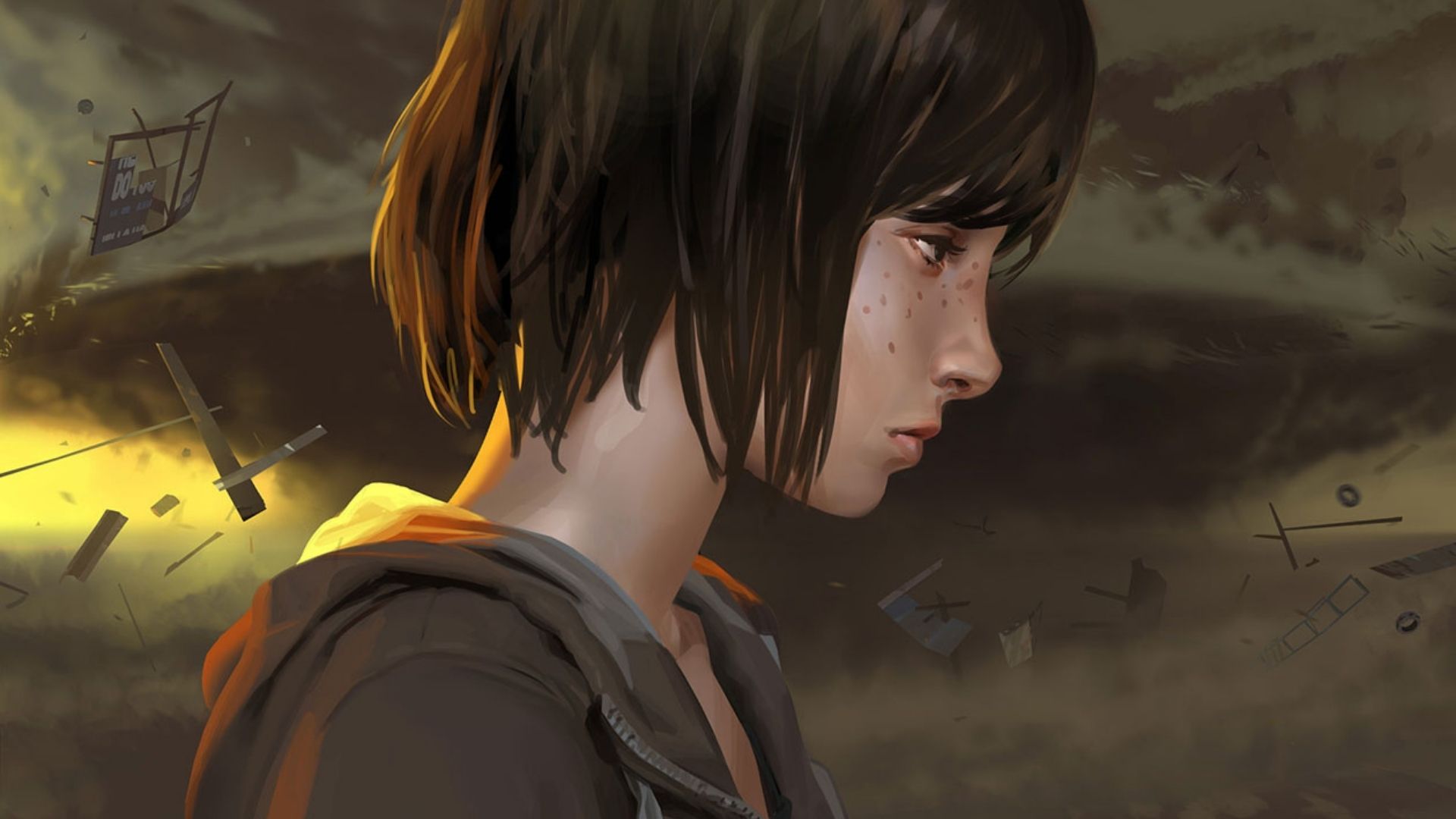 Life is Strange – Switch and mobile

Life is Strange is the first adventure game from Dontnod that spawned a much-loved series. The conceit of all the games is that a character has a unique superpower, but not in the Marvel sense. In Life is Strange, Max has the ability to rewind time, and so the narrative unfurls from there. Maybe more of a mysterious game than a mystery game, it’s stellar nonetheless, and there’s a Life is Strange: Remastered Collection coming to Switch at some point soon. 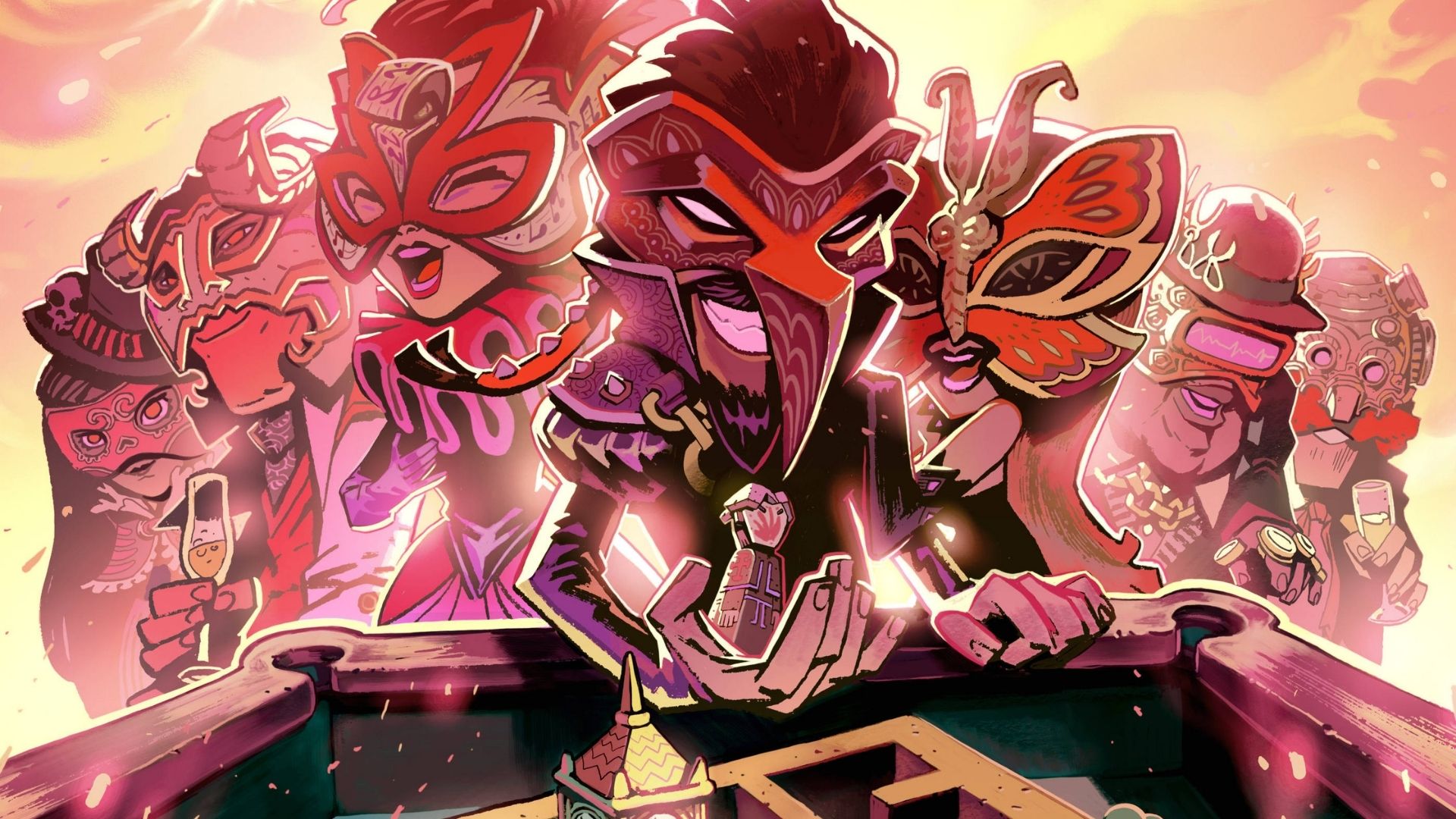 Before time loops were ten a penny in videogames, there was The Sexy Brutale (okay, it came out in 2017, it wasn’t that long ago, but it still felt ahead of its time). Not only is it one of the best videogame names ever, but it’s also gorgeous and tricky at every turn. You wake up during a party in a mansion, meet strange characters, and try and work out why people keep getting killed. A proper whodunnit, but unique through and through. 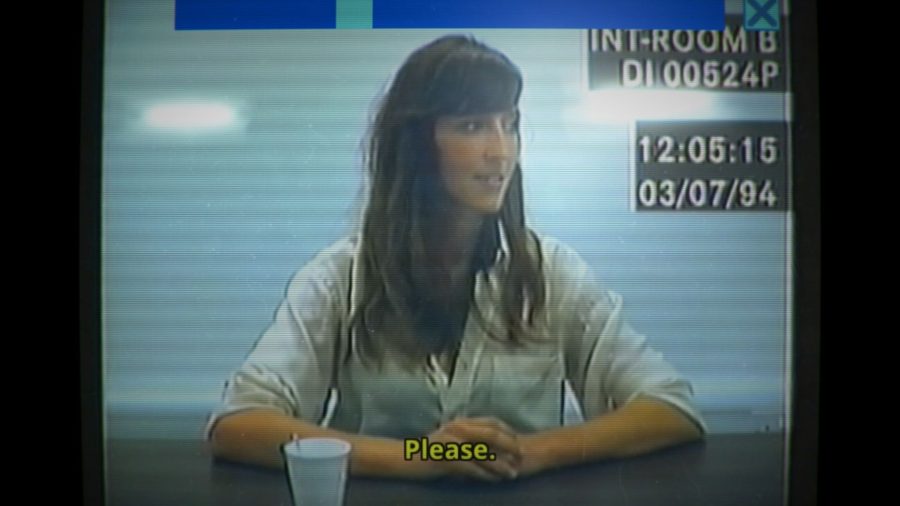 An interactive movie full of FMV, Her Story tasks you with exploring a desktop full of files, finding different bits of evidence, whether written or video, and watching them, unraveling the mystery of what happened to this woman. Fun fact time: Sam Barlow became an independent developer after playing some indie games, one of which was 80 Days, made by Inkle. Yep, they’re back. Sorry, I can’t help myself, just go play 80 Days too, trust me. 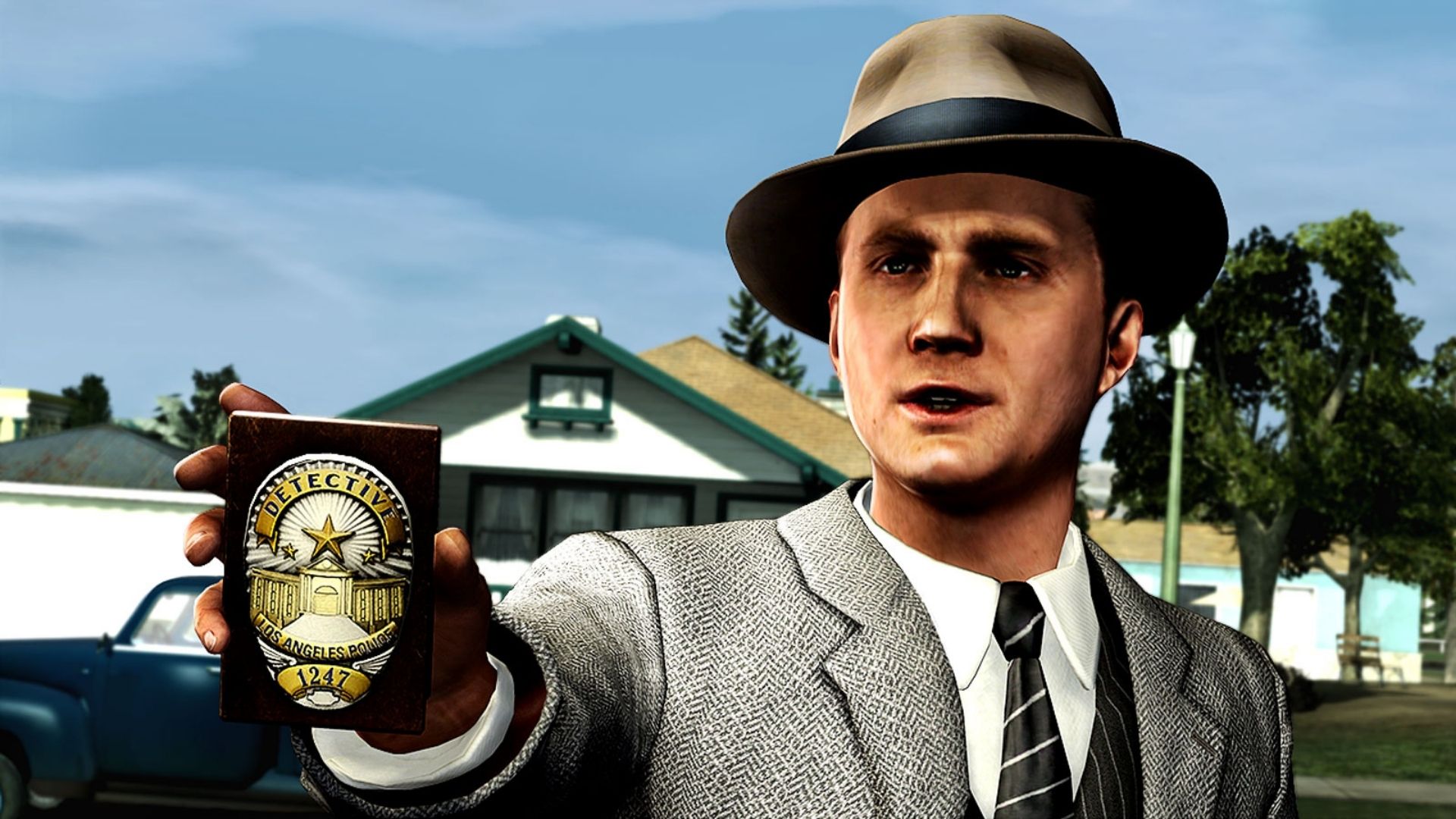 What is there to say about LA Noire that hasn’t already been said? It’s a hefty, expensive game that puts you in the shoes of Cole Phelps, beat cop turned bright-eyed detective turned… well, I won’t spoil anything. But this game, featuring revolutionary-for-the-time motion capture, a bland and desolate open world, and a quite poorly designed evidence-collection system, also happens to be one of the best games I’ve ever played. It’s excellent and full of seriously wonderful noir storytelling. (Just fast travel everywhere, there’s no need to drive around, it’s boring). 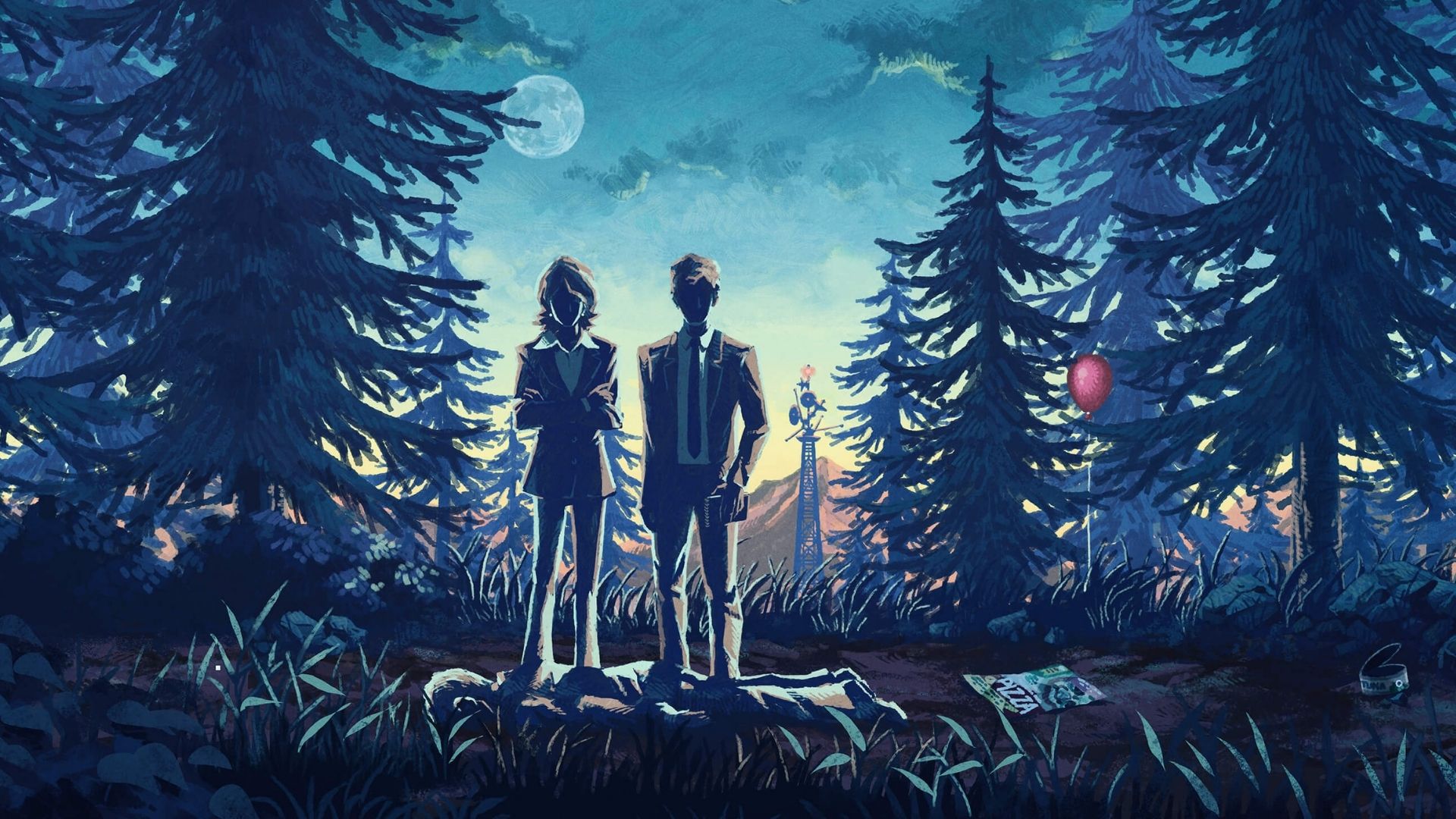 Calling back to the point-and-click adventure games of yore, Thimbleweed Park is an exceptional showcase of storytelling. Developed by Ron Gilbert (you know, just the guy who created Monkey island), Thimbleweed Park tells the story of two FBI agents a sleepy little town. From there you point, click, and adventure. It’s great. 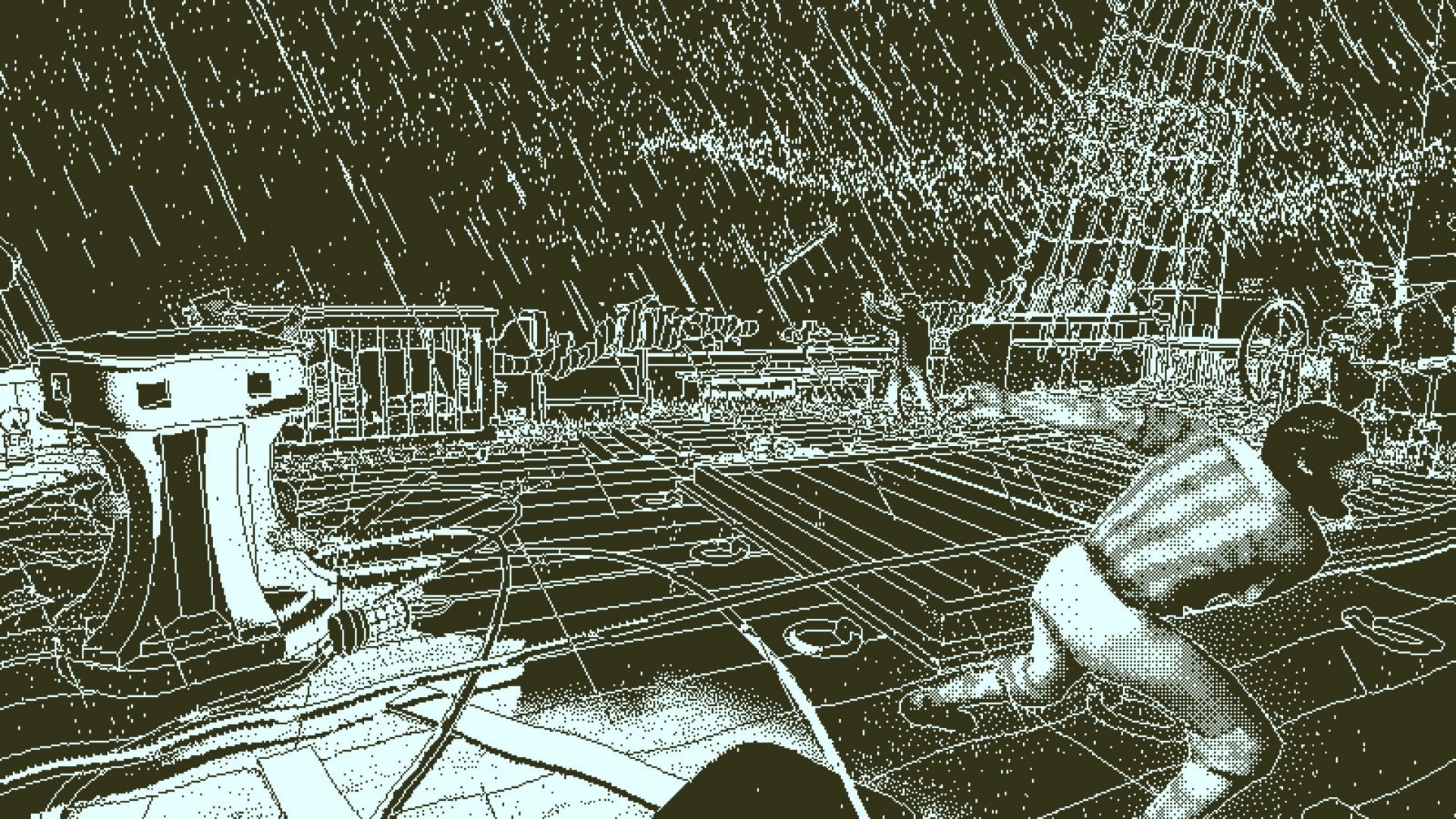 Return of the Obra Dinn – Switch

The Return of the Obra Dinn is one of the best-reviewed games of the last five years. It has an 89 on Metacritic for goodness sake. It’s another retro-inspired mystery, putting you on a ship where you must work out what has happened to all 60 of the crewmembers. The retro part comes with the sorta 1-bit single-colour graphics akin to early Mac games – not only does it look amazing, but it adds a whole layer of creepiness. 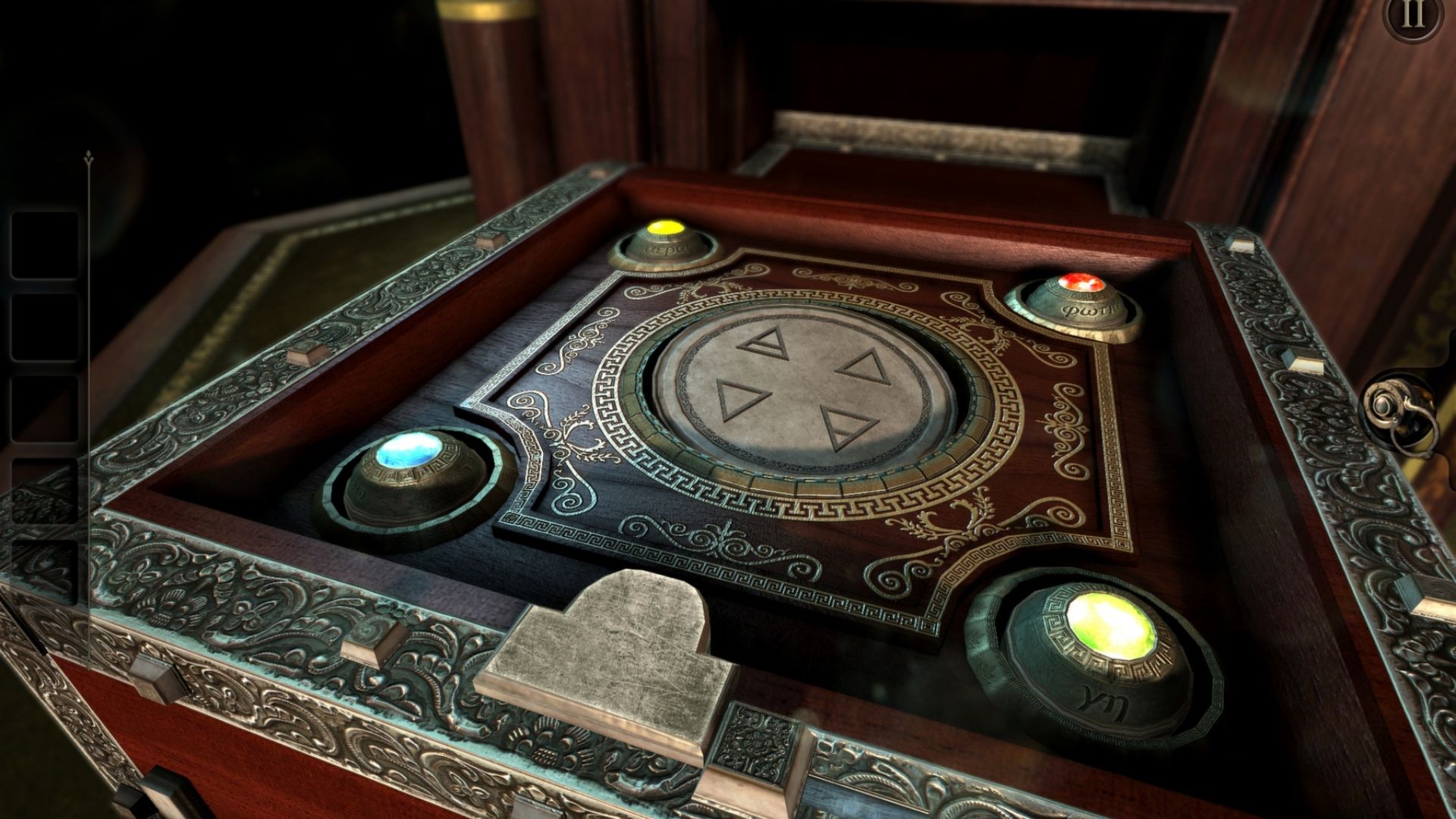 The Room – Switch and mobile

The Room is a puzzle game that broke out big time back when Fireproof Studios released it in 2012. Launching on iOS, the game is basically an escape room-style puzzle, full of different clues and tricks that you must solve. Team17 did a Switch port in 2018, too, showing how long-lasting the game’s legacy is. 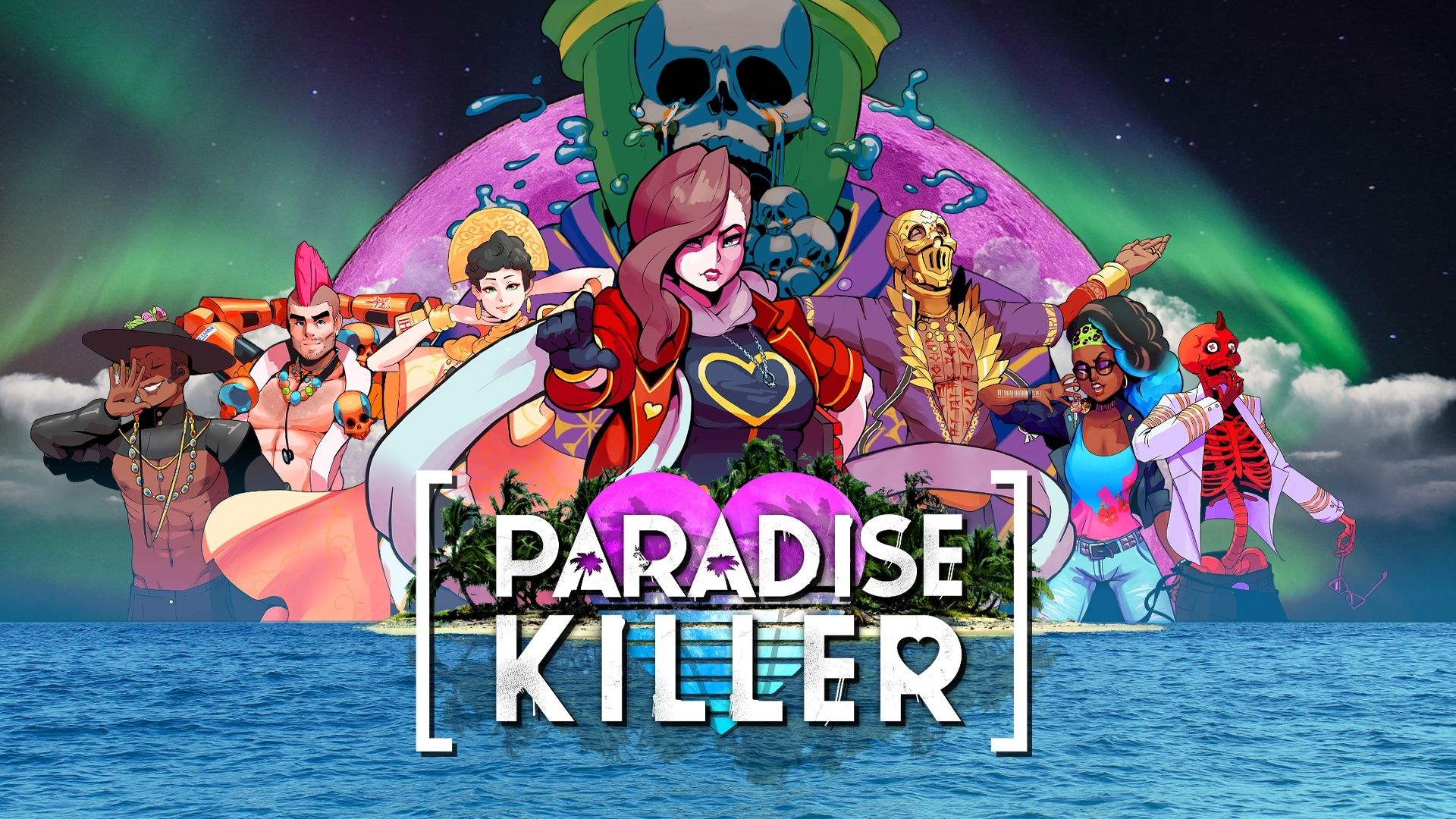 I feel like most games on this list come from British developers. Maybe that’s a coincidence, or maybe us Brits have a skill for crafting unique mysteries. Anyway, Paradise Killer is another one of them, developed by Kaizen Gaming, and featuring over-the-top voice acting and eye-popping art. You need to explore the open-world searching for clues to answer various mysteries, and then choose who to accuse. On top of that, the lore of this game is overflowing with wackiness, making the experience unforgettable. 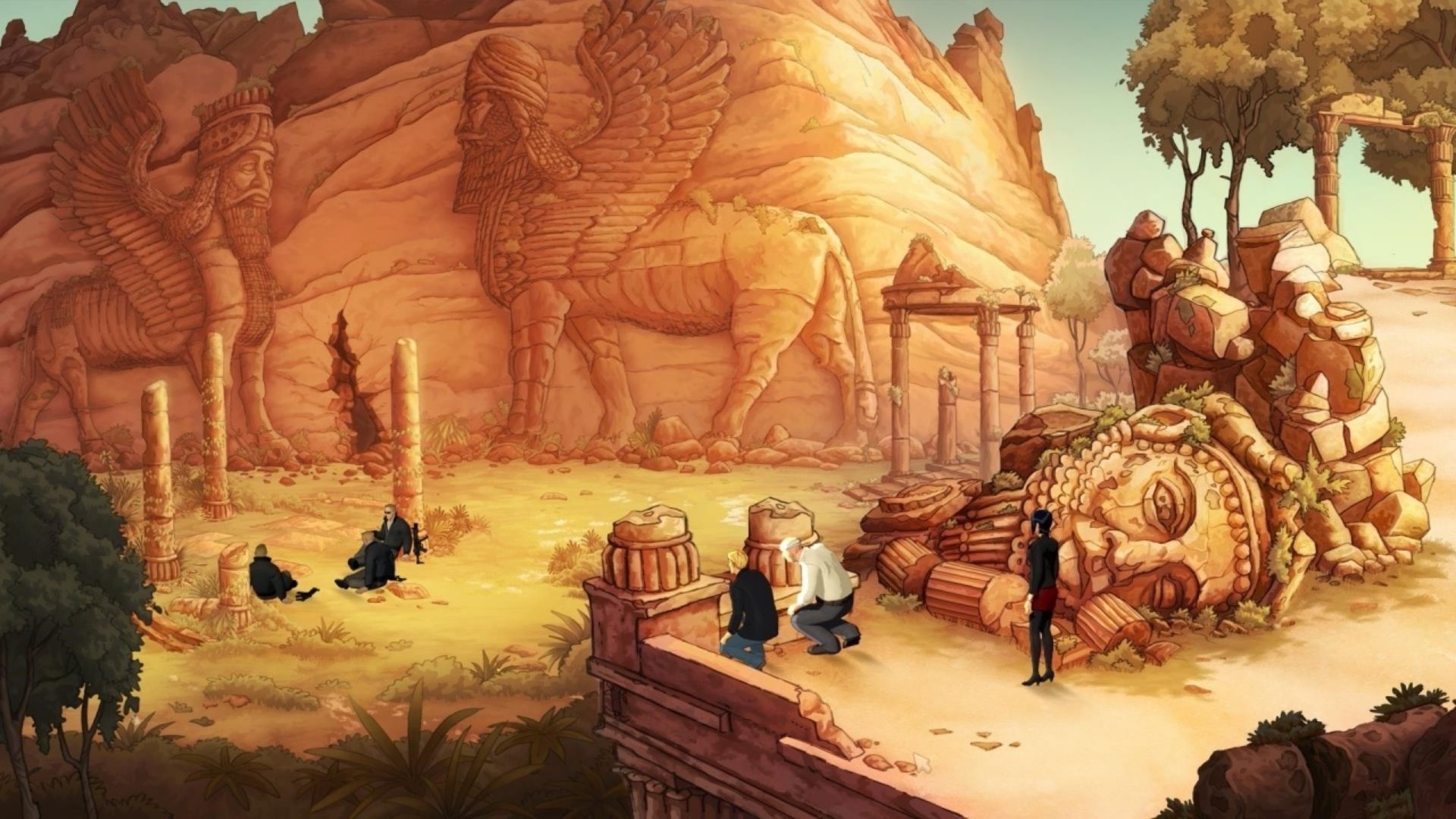 The Broken Sword series is another classic point-and-click adventure game series, though not that many people seem to not talk about anymore (and it’s developed by British people, weird). There are five games in the series, the fifth being on the Switch and the first two on mobile. It’s arguable that those are the only three games you need to play to experience the best of the series’ espionage and mystery.

That’s all the mystery games I’ve got for you, bucko. Believe it or not, more than half of these games were made by British studios. Isn’t that odd? Well, maybe not. Anyway, check out our guide to the best city-building games if you fancy a break from all these big stories.