Don’t you think Genshin Impact’s Inazuma has been missing something lately? Maybe a little more mystery is in order? Well, sure, we’ve recently seen the gloomy depths of Enkanomiya, and the Bantan Sango Detective Agency always has something going on, but we’re talking about some real sleuthing. If true, rogue detective to add to the ranks. Wouldn’t that be great?

Well, good thing Genshin Impact’s Heizou might be here to save the day, then! Even if the people of Inazuma may not be too thrilled. While we still don’t know much about this mysterious, anemo-wielding sleuth, thanks to a recent tweet from Hoyoverse and a couple of Genshin Impact leaks floating around, the Genshin Impact Heizou release date might be closer than we think. Here’s everything we know so far.

If you’re hoping to have the best team to accompany you on your adventure, check out our Genshin Impact character and Genshin Impact next banner guides. We also have a list of Genshin Impact codes to snag you some freebies, and a rundown of all the latest Genshin Impact events to keep you busy while you wait for Heizou to come home.

Who is Genshin Impact’s Heizou?

Genshin Impact’s Shikanoin Heizou is a detective of the Tenryou Commission. He’s an upcoming anemo character who hails from Inazuma.

Described by Genshin Impact’s Ayato as ‘unfettered and unrestrained’, he’s quite rebellious, free-spirited, and lively, and tends to put his personal priorities over government duties, and his unique approach to investigating often leads to trouble. As such, he doesn’t have the best reputation among the people of Inazuma. 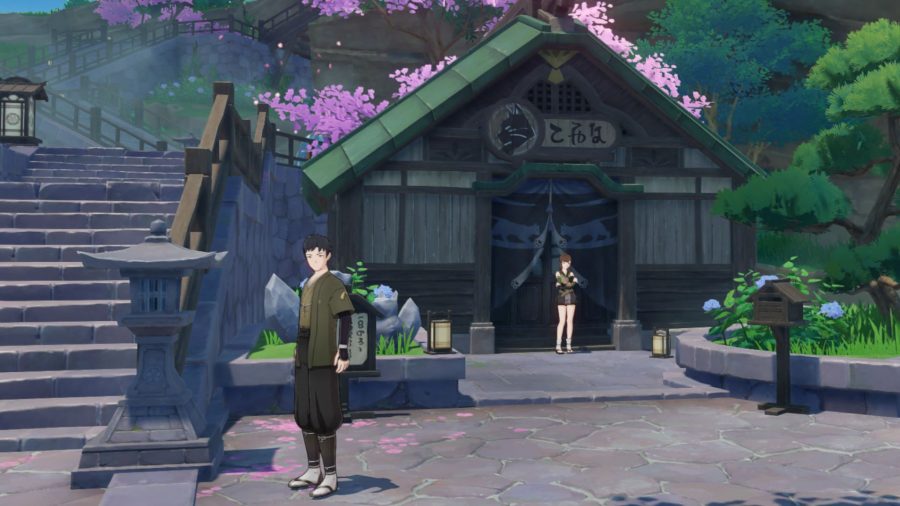 Genshin Impact’s Ayaka has a voiceline about him, where she says ‘Mr. Shikanoin belongs to the Tenryou Commission, just like Miss Kujou. He is very… principled, sometimes even more determinedly so than Miss Kujou. The only thing is, when it comes to the question of which matters should be governed by his principles, I believe only Mr. Shikanoin himself knows the answer…’

While he may seem like an ordinary young man, he is actually the undisputed number one detective of the Tenryou Comission, in possession of both a wild imagination and a mind for meticulous logic and reasoning. He also has an amazing sense of intuition when it comes to solving cases, and his out of the box perspective has led his colleagues to rely on his experience and skills.

He is known to have previously had ties to the Bantan Sango Detective agency, though Sango now holds both him and his unorthodox methods in strong contempt, referring to him as ‘a liar and a charlatan’. However, others are impressed by his razor-sharp intuition.

We don’t have a confirmed release date for Genshin Impact’s Heizou yet, but questionable leaks have suggested he should be coming in version 2.8, as the last Inazuman character before we head off to the fresh region of Genshin Impact’s Sumeru in version 3.0.

What can we expect from Genshin Impact Heizou’s banner?

As mentioned above, nothing is set in stone yet, but leakers have suggested that Heizou will be a four-star champ coming at the end of version 2. We do, however, now know that he holds an anemo vision, and leakers have shown that he’s a catalyst user.

What is Genshin Impact Heizou’s design?

Recently, Hoyoverse revealed Genshin Impact Heizou’s official design, which can be seen in the tweet below. He has a ‘teen boy’ skeleton, similar to that of Genshin Impact’s Xiao or Genshin Impact’s Kazuha, and sports red hair with clothes featuring a tan, black, and cream palette.

“Doushin Shikanoin has admirable wit and insight. While he is unfettered and unrestrained in demeanor, one should not dismiss his talents. The Tenryou Commission is incredibly fortunate to have such a man in their ranks.” – Kamisato Ayato#GenshinImpact pic.twitter.com/lM0HNfZktr

What is Genshin Impact Heizou’s gameplay?

While it hasn’t been confirmed by Hoyoverse and is subject to change before its release, leakers have revealed glimpses of Heizou’s gameplay through the current 2.8 beta test.

As seen in this footage, despite wielding a catalyst, Heizou appears to do most of his attacking through kicks and punches imbued with anemo. You can also see a more in-depth showcase of his gameplay here.

As with every other leak, this information is unconfirmed and may change prior to Haizu’s final release, but beta testers have leaked all the materials required to ascend Heizou and level up his talents here. If this is true, it looks like we’ll be back to bug hunting, in search of those elusive Onikabuto, and we’ll be facing off against the Ruin Serpent in the Chasm to get him in tip top fighting shape.

And that’s everything we’ve got on Genshin Impact’s Heizou for now, but we’ll be sure to keep our Inazuman detective hats at the ready and update this guide whenever we find something new. For now, check out our Genshin Impact skins guide to ensure your characters are kitted out in style, and our list of the most artful Genshin Impact artifacts for that extra oomph.