My love for Dragon Ball goes further back than Vegeta’s hairline, so believe me when I recommend some of the best Dragon Ball games you can play right now on Switch and mobile. The series has been around since the 80s, and naturally, it’s perfect for fighting games, but the rich lore opens it up to so much more.

Being a Dragon Ball fan includes a wealth of riches right now, as both Bandai Namco and Toho are very happy to make video games for all the eager fans out there. Fighting games, card games, RPGs, there are so many amazing Dragon Ball games out there to experience.

If you already know a few of these titles and want some tips, then we have more guides for you than fighters in the universal tournament. Check them out now by heading over to our Dragon Ball FighterZ tier list, Dragon Ball Legends tier list, and our Dragon Ball Dokkan Battle porunga guide.

Here’s our guide to the best Dragon Ball games on Switch and mobile. 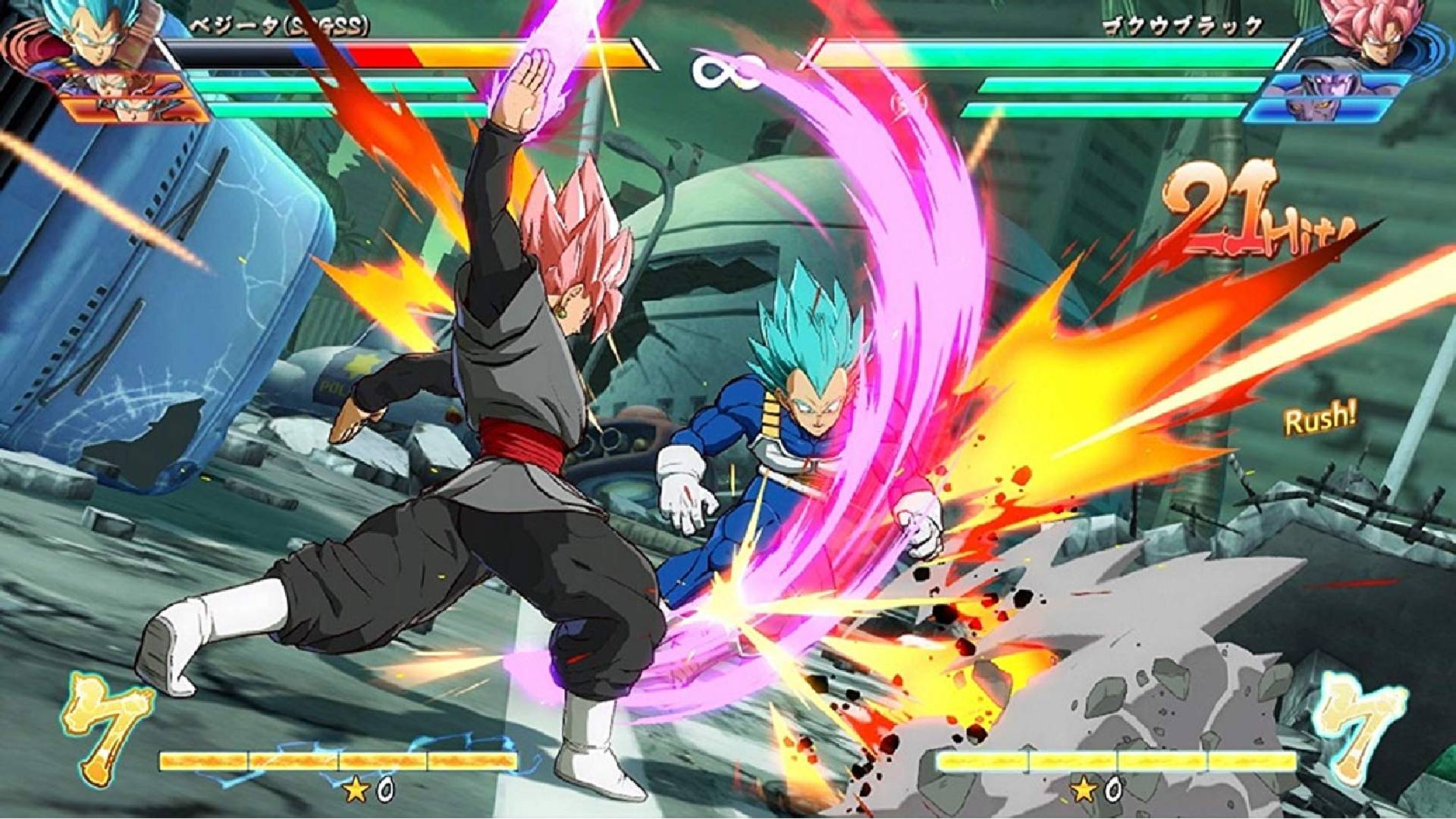 In one of the most faithful adaptations of an anime you’ll ever see, Dragon Ball FighterZ is a fast and frenetic 3v3 brawler that looks like it’s been directly pulled from an episode of the show. Explore the story mode and discover the nefarious plans of the new Android 21 (designed by Akira Toriyama himself for the game), or just hone your skills and battle it out online in heated matches.

The support for this title is also fantastic, with a long list of additional fighters added to the roster including Jiren, Ultra Instinct Goku, SSJ4 Gogeta, and even Master Roshi. Fans of the show will have a blast just seeing all these characters, but there’s enough behind the scenes here to keep fighting game aficionados battling to rise up the ranks. 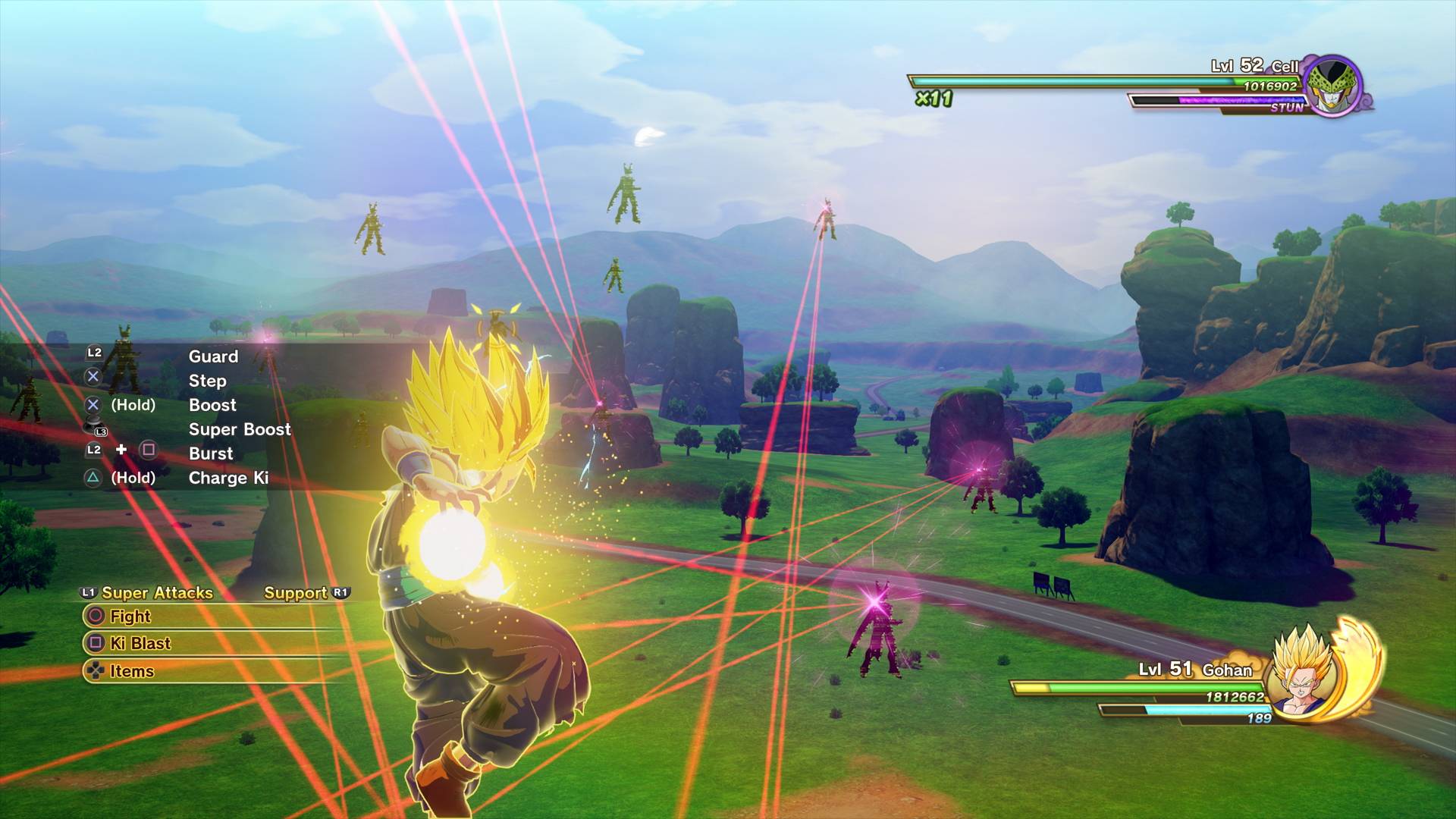 An action RPG title that recaps the entire story of the Dragon Ball Z anime, Dragon Ball Z Kakarot is a heartfelt love letter to the wildly successful show, and could be one of the easiest and most approachable ways to experience this story for younger players. Starting out as Goku and Gohan before Goku’s brother Raditz rudely tries to destroy planet Earth, you experience the whole saga, building up your fighting skills and levelling up along the way.

You get to play as many different characters, and there are even some fun twists to the established storyline (remember Launch?), so this is a nostalgic ride for hardcore fans and an entertaining action RPG as an added bonus. For more details, check out our full Dragon Ball Z Kakarot review. 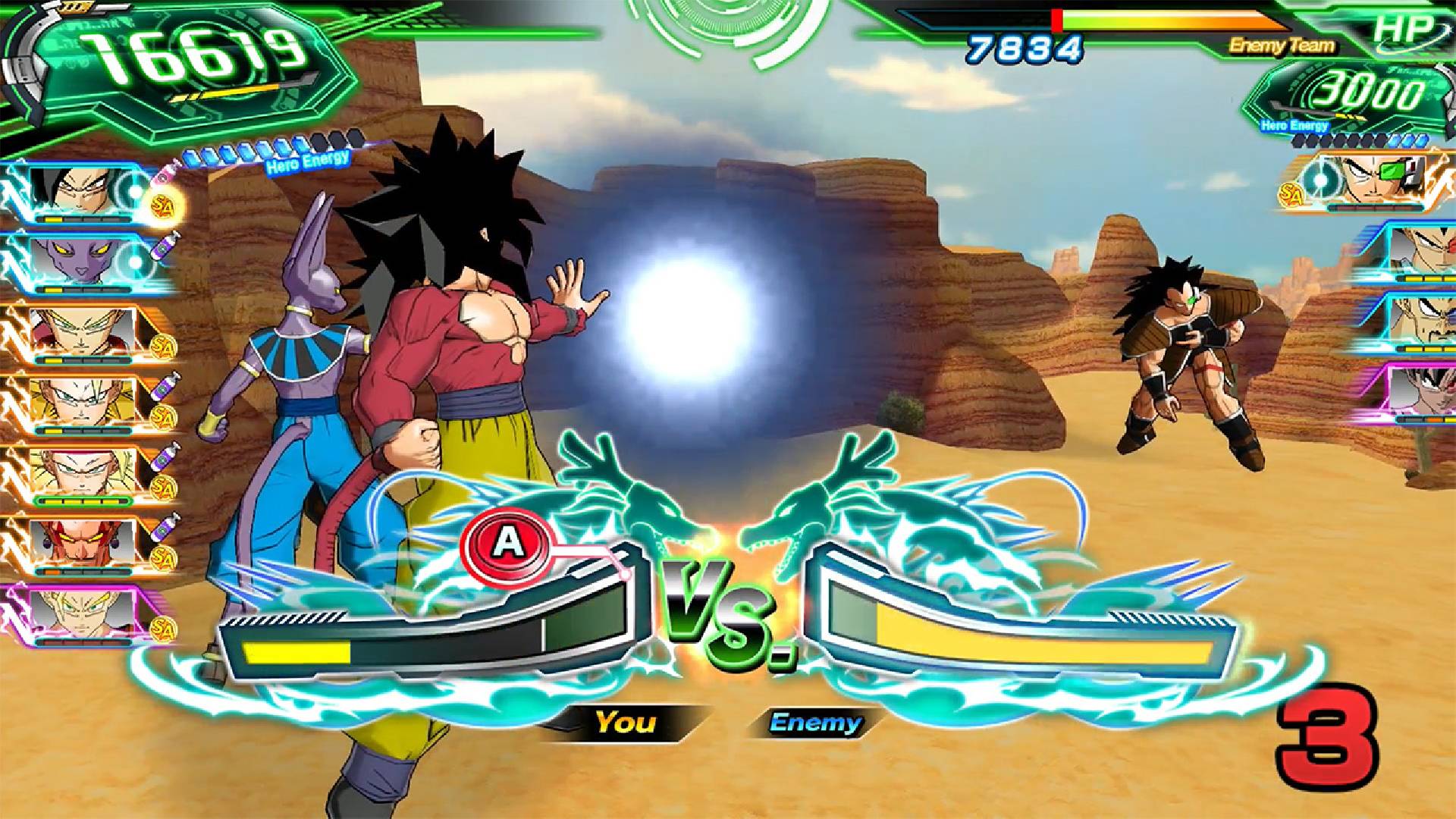 Ok, we’re moving further away from straight adaptations now, and into the non-canon Dragon Ball Heroes universe here with Super Dragon Ball Heroes World Mission. Honestly, if you can imagine Yu-Gi-Oh but instead of Blue Eyes White Dragon you’re slapping down a Super Saiyan Blue Goku, well you’re nearly there.

Described as a tactical-card game with exhilarating confrontation, World Mission slams together elements from the show and develops a huge selection of cards and characters for players to choose and build their deck. Create a custom avatar, find your favourites, and battle it out online in deep and strategic battles both locally and online. 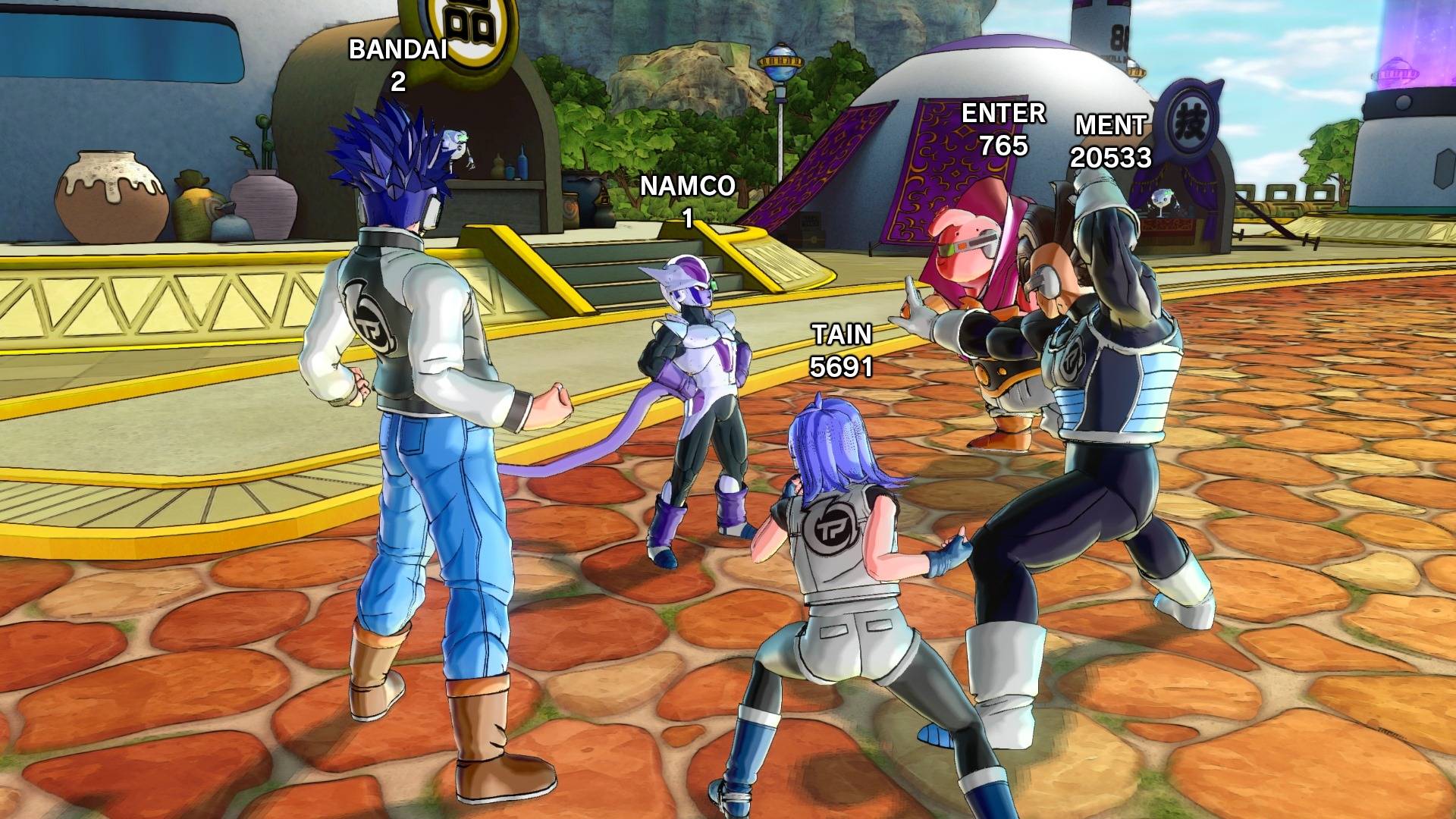 While Dragon Ball Z Kakarot closely follows the story of the original anime, Dragon Ball Xenoverse lets you create your own character, and take part in different aspects of the many stories through time travel. It’s a wacky and much looser adaptation of the series that takes a lot of creative liberties to drop your character in some of the most iconic moments.

It’s really fun to build up your avatar though, and the amount of content on offer is borderline insane. If you’re sick to death of watching the anime repeatedly, but still want to smack some baddies around, this is a wonderful little world of its own that fans will appreciate. 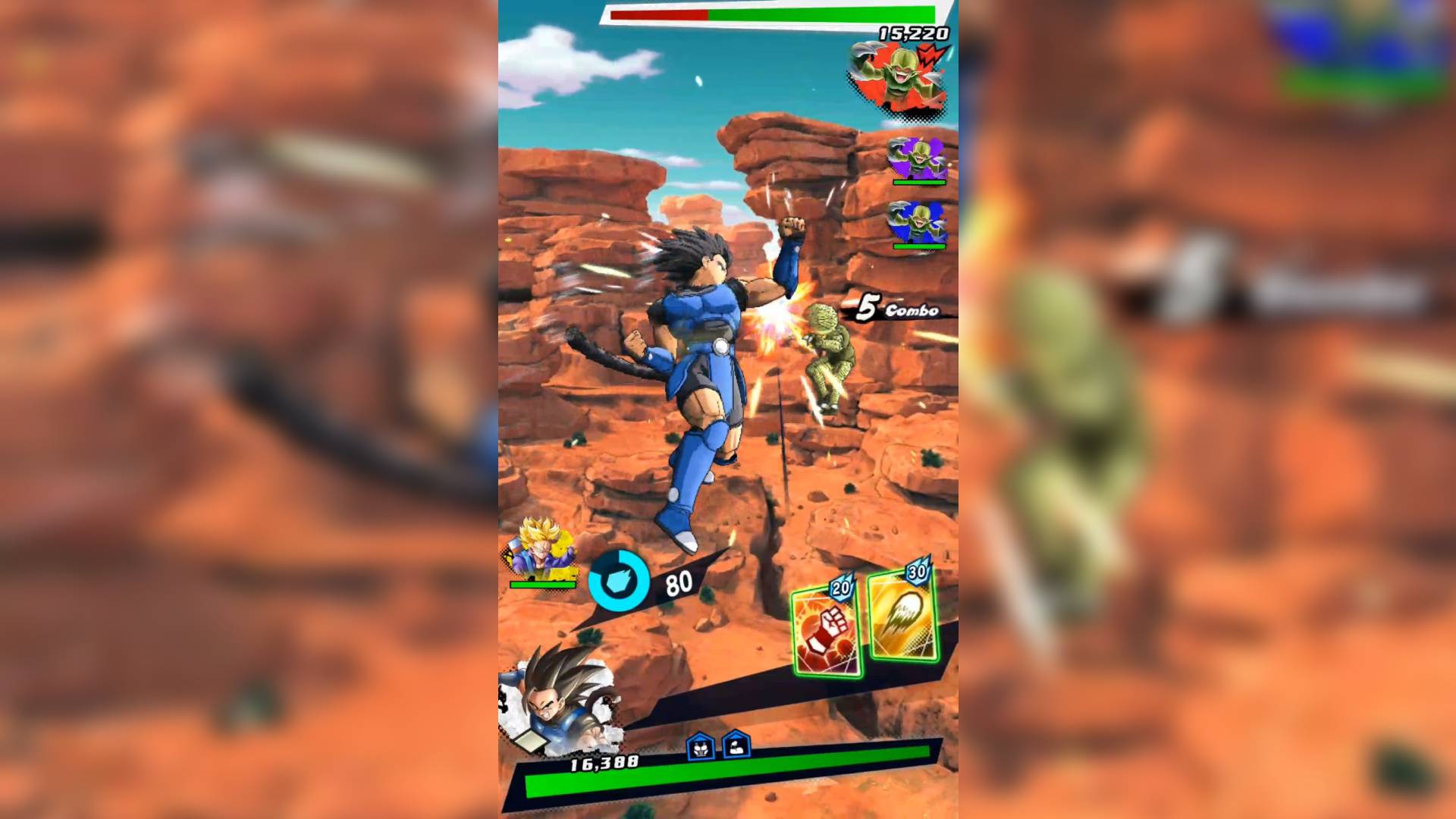 If console gaming isn’t your thing, then Dragon Ball Legends could be your next obsession. A fighting game where you collect Z fighters through gacha mechanics, Dragon Ball Legends tells the story of a brand new Saiyan who has fallen to Earth, and quickly befriends Goku and pals before taking on familiar enemies.

Legends is stuffed with absolutely incredible artwork that represents every corner of the series, and has regularly received new updates to keep up with characters from the Dragon Ball Super Broly movie, so expect to see some content from Dragon Ball Super: Super Hero in the near future. It’s very easy to get into and incredibly addictive, so if you need a Dragon Ball fix on the go then give this a download. 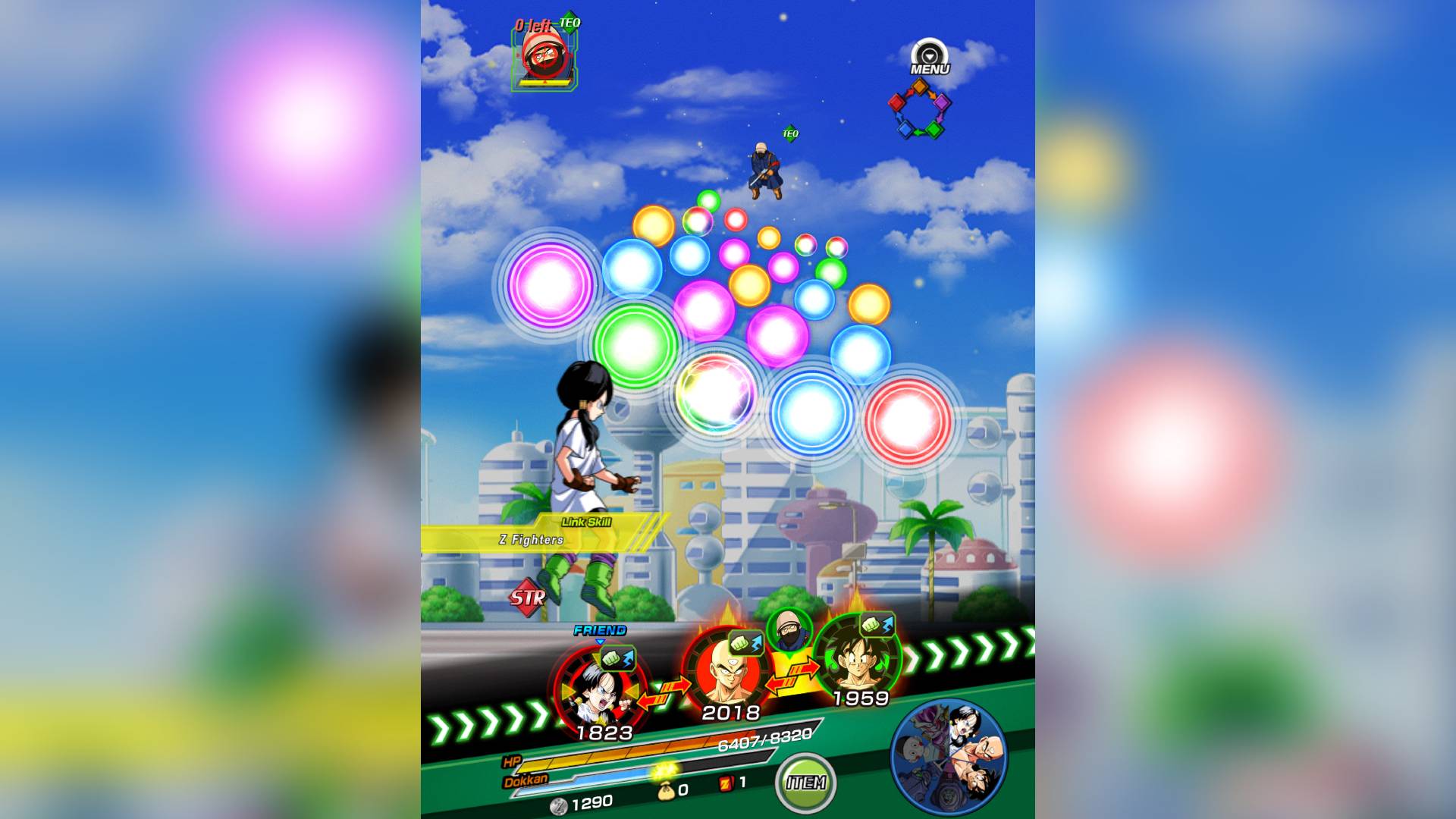 Now for something a little bit different. A free-to-start mobile title, Dragon Ball Z: Dokkan Battle combines elements from board games, card games, and puzzle games, all to create one wonderful mash-up of creativity that keeps you entertained for hours. The main meat of the game is a match-three puzzler, but there’s a lot of depth and gameplay beyond this, so you can strategise and plan your matches properly.

Building up your special unlocks Dokkan Mode, and lets you unleash powerful super attack to gain the upper hand. Not everything has to be a fighting game, and it’s nice to see another genre represented and given a Dragon Ball coat of paint.

There you have it Z fighters, our guide to the very best Dragon Ball games on Switch and mobile. If you want to find something else to play, why not check out our guide to the best Pac-Man games for some throwback arcade action.