The release of Kirby and the Forgotten Land has been huge for Nintendo. We’ve seen a huge amount of wonderful platforming creativity, which we love, as you can see in our Kirby and the Forgotten Land review. One of the most surprising introductions is mouthful mode, a new ability Kirby has discovered where instead of swallowing, they hold things in their mouth to utilise it in different ways.

It’s a bit weird. How did Kirby just learn this new skill? What situation was he in? Well, maybe I don’t want to know the answer. There are, however, many answerable questions. Read on to find all the different mouthful modes we’ve seen so far, and just a basic outline of what the Kirby and the Forgotten Land mouthful mode actually is.

What is Kirby and the Forgotten Land mouthful mode?

From what I can see, it basically works like Cappy from Super Mario Odyssey, which, if you haven’t played, you really should. Kirby uses his big gob to take control of different things, rather than swallowing them and adopting their abilities. It must be some sort of soul theft, I’d assume. 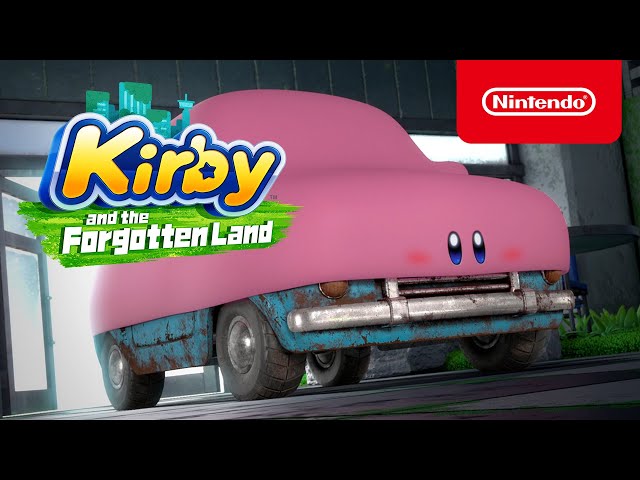 Every Kirby and the Forgotten land mouthful mode

You can see all the mouthful mode transformations revealed in the video above, or just scroll down as we go through them. 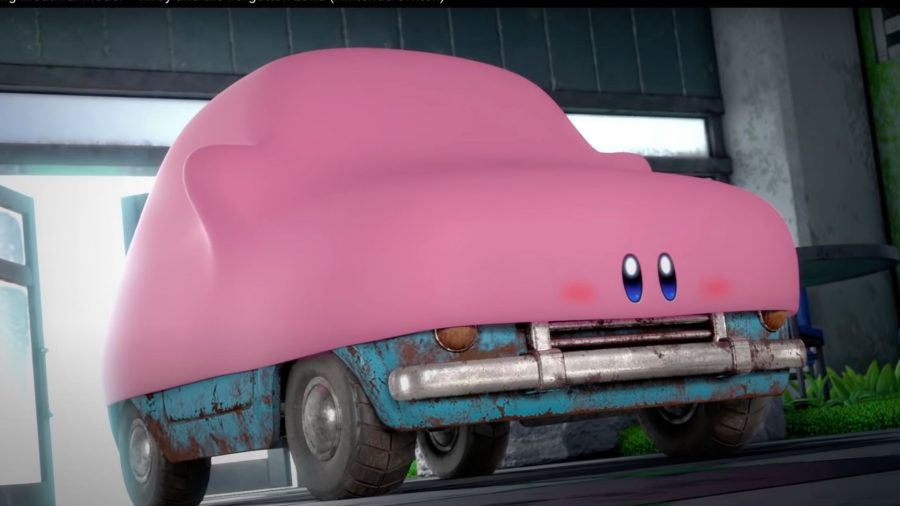 The headline announcement from the showcase, car mouth sees Kirby taking possession of what looks like an original Fiat 500. A lovely car, made all the better by the addition of a squidgy pink layer atop it. With car mouth, you do exactly what you expect: drive around, run-over enemies, and jump over ramps. 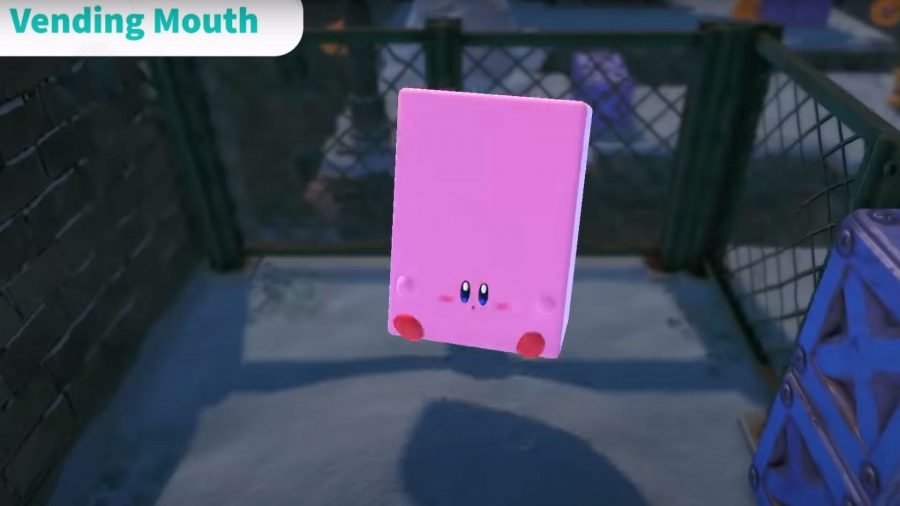 Have you ever bought a chocolate bar from a vending machine but it got stuck and wouldn’t fall out? Then tried kicking the machine or something? Yeah, I think most people have. It doesn’t often work, but maybe we should follow Kirby’s lead and put our mouths around it next time and give it a good shake. With vending mouth, you waddle around and fire soda cans at enemies, which must be pretty handy if they’re thirsty. 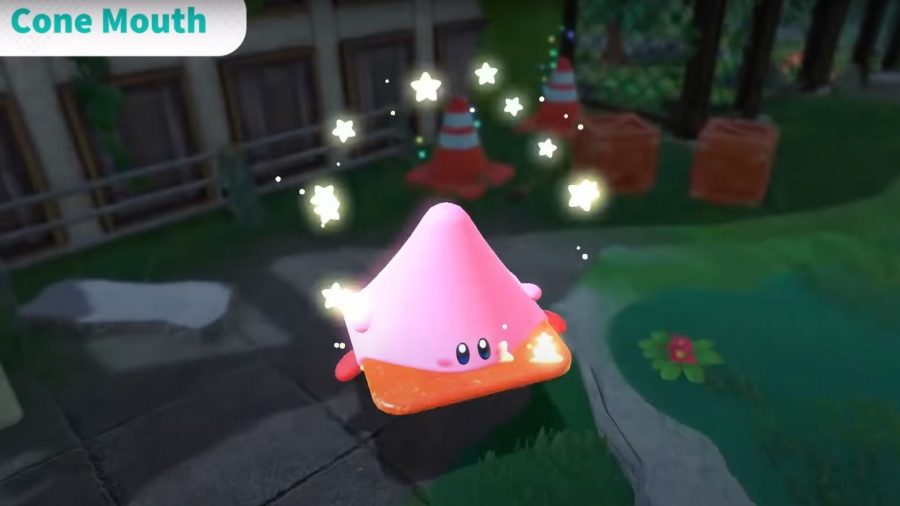 With cone mouth, Kirby turns into the VLC icon and runs around using their pointy head to spear things and solve puzzles. I think, if traffic cones were pink instead of orange, drunk uni students would steal them and wear them as hats much more often, so you better watch out Kirby. 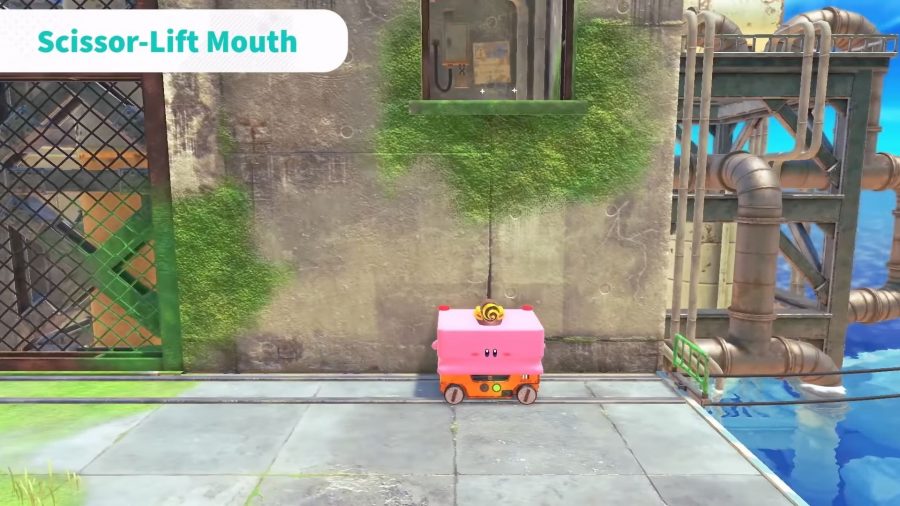 If you need to get somewhere high up and do something, you might use a scissor lift. Guess what? That’s what Kirby uses it for too! Except instead of just getting in it, for some reason Kirby wraps their whole mouth around it. I dunno, to me that seems like overkill. They could’ve just used it as a normal scissor lift, but hey ho. 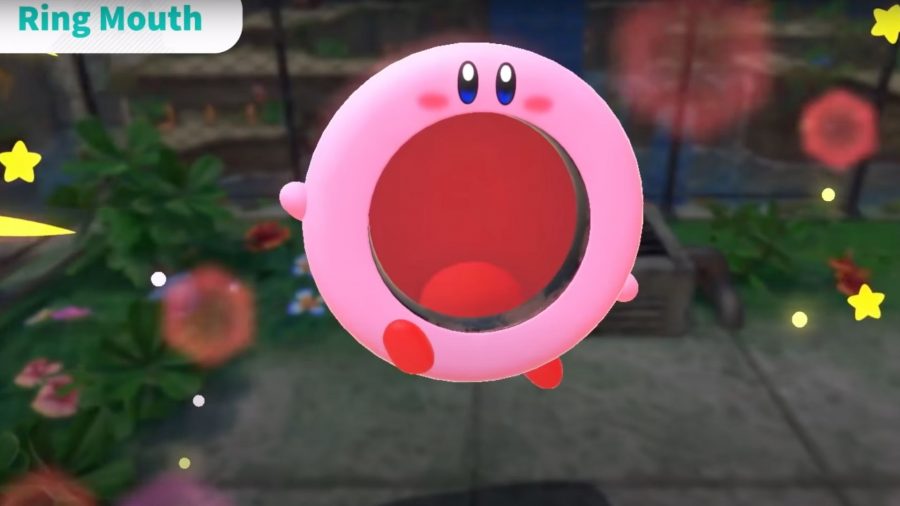 When Kirby sucks up a circular thing, they go into ring mouth mode. This big ring expands their mouth so much that Kirby can breathe out big gusts of air and traverse water on a raft. I think that’s pretty clever of Kirby. Good job buddy. 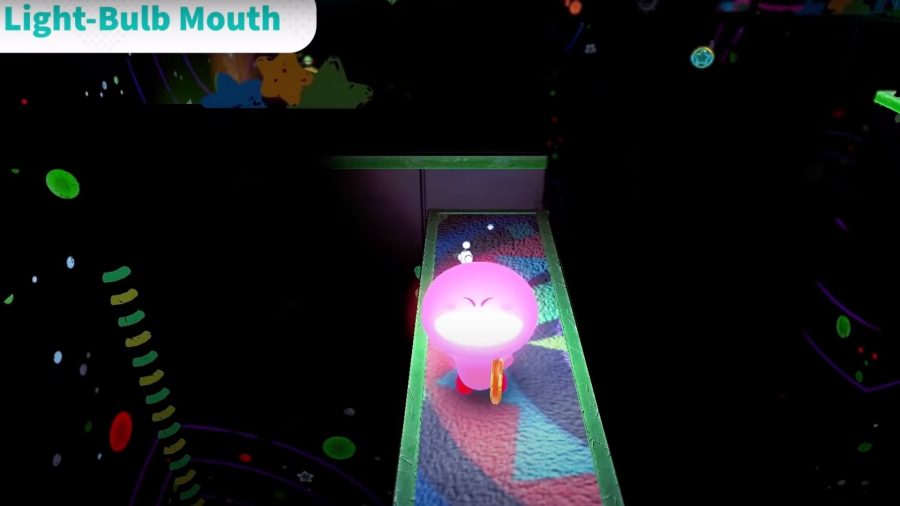 Instead of, y’know, just finding a flashlight, Kirby does what they do best when it gets dark and just sucks up a lightbulb. With lightbulb mouth, Kirby lights the way in the dark, flashing brighter whenever they pick up a star. Could’ve just gone down to the hardware store and bought a torch for $13.99, but you do you Kirbs. 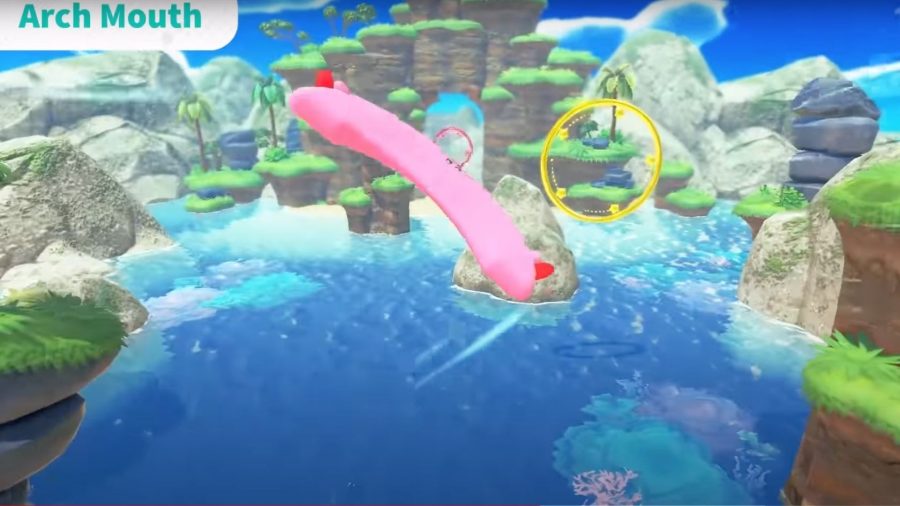 Kirby loves sucking things up, so much so that they full-on went and sucked up a bit of a building. Using this arch, Kirby basically becomes a paraglider, flying through the air and over water. Flying is pretty expensive, so I respect this choice. 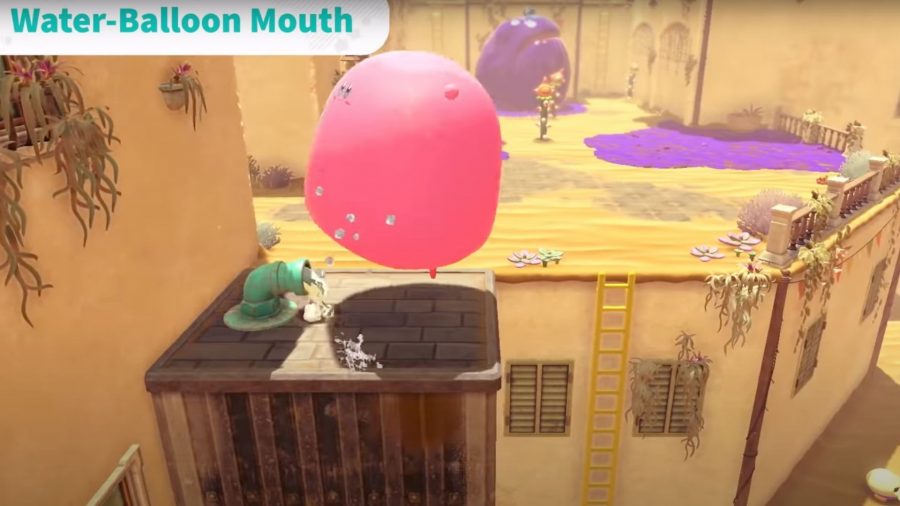 When near water, Kirby can suck up a load of it and turn into a big wiggly pink water balloon. Then they spray out that water and clean up the nasty mess all over the floor. Kirby as a cleaner. A big, wibbly-wobbly cleaner.