Recently, the Nintendo Switch Online service was given a retro-flavored boost thanks to the addition of the Expansion Pak, bringing Nintendo 64 and Sega Mega Drive to the service and bringing some amazing games with them.

Playing N64 games on Switch is fantastic, they look and run well, and the use of save states makes things a whole lot easier. Plus, for a lot of younger gamers, this is the most convenient way to access these games, and likely the cheapest. Classics like Super Mario 64 still hold up, and look better than ever on a shiny OLED screen. So, what are the Nintendo Switch Online N64 games currently available?

Nintendo launched the N64 service with nine games and has since added two, with a commitment to adding many more over the coming months. During the announcement trailer, we got a glimpse at some coming down the line as well, so the service should continue to grow and add more fantastic Nintendo 64 games over time.

What games are on the Nintendo Switch Online N64 service? 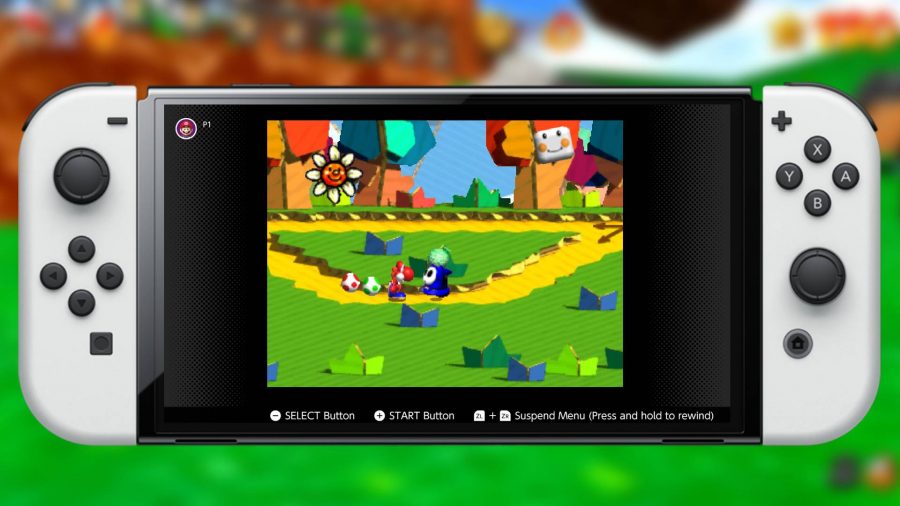 An adorable 2D platformer with a unique visual style, this is a great game for younger gamers, and carries over a lot of elements from the classic Yoshi’s Island. The green dinosaur still deals attacks by lobbing eggs, and half of the fun is finding all the collectables in each level. 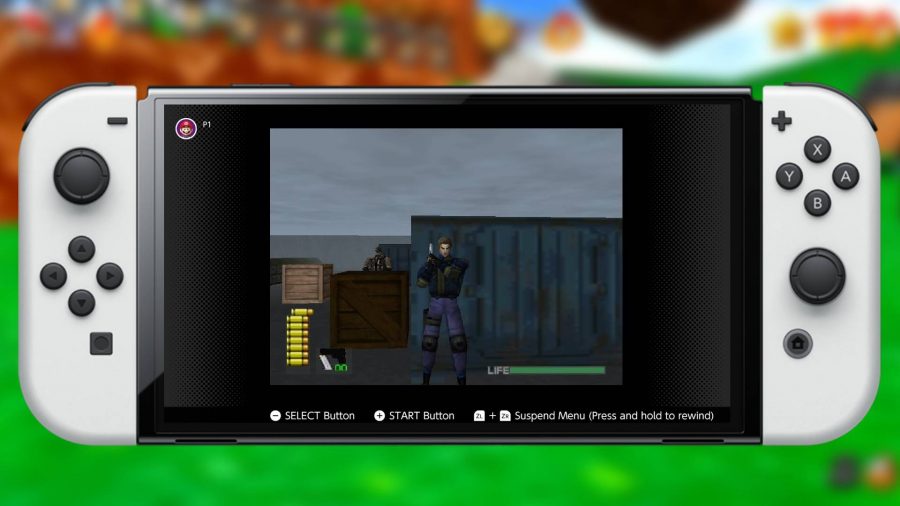 A lesser-known gem that was actually quite a pioneer in its day, Winback is one of the first examples of a successful third-person shooter, a style that was heavily influential for later games like Metal Gear Solid 2. It’s a little dated now , but still worth checking out for some lighter arcade action. 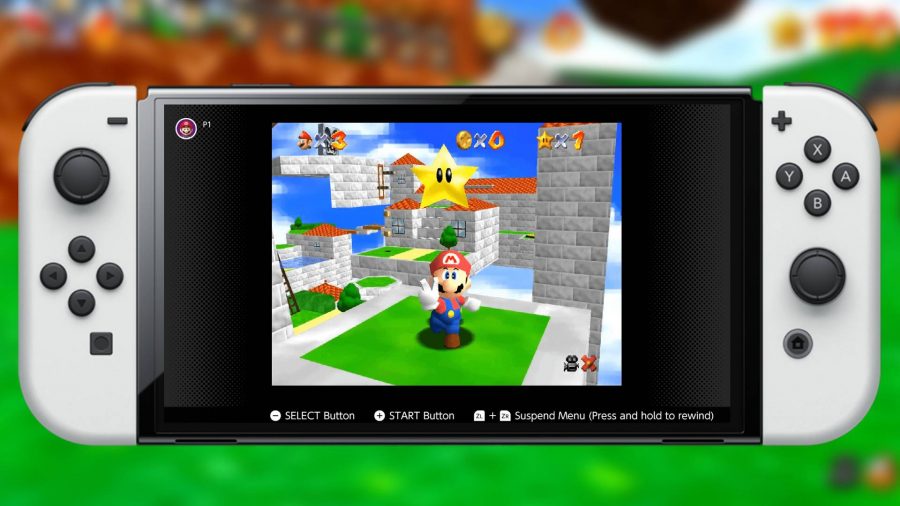 The classic. Thepioneer. The first 3D platformer to truly nail the formula, and to completely change the industry. Super Mario 64 needs no introduction, and if you still haven’t played it you may be surprised how well it holds up (camera controls aside). Full of fantastic music and iconic levels, this is still a thrill over 25 years later. 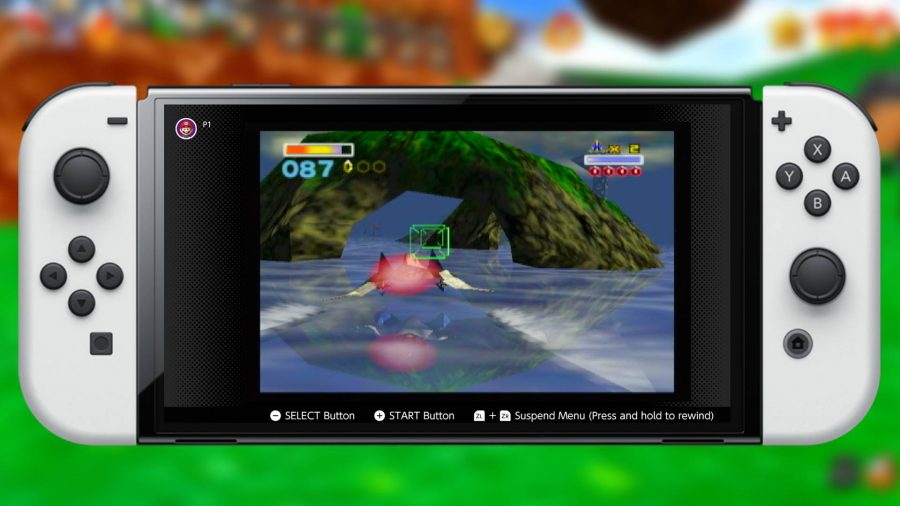 Or Lylat Wars if you’re from the land of Greggs and beans on toast. Star Fox made a confident leap from SNES to N64, using every ounce of graphical power on the system to bring this space-faring rollercoaster to life. It’s still fun to revisit, blast through enemies with the on-rails levels, and try to unlock the hidden routes. Plus, many of the gigantic space bosses still pose a decent challenge. 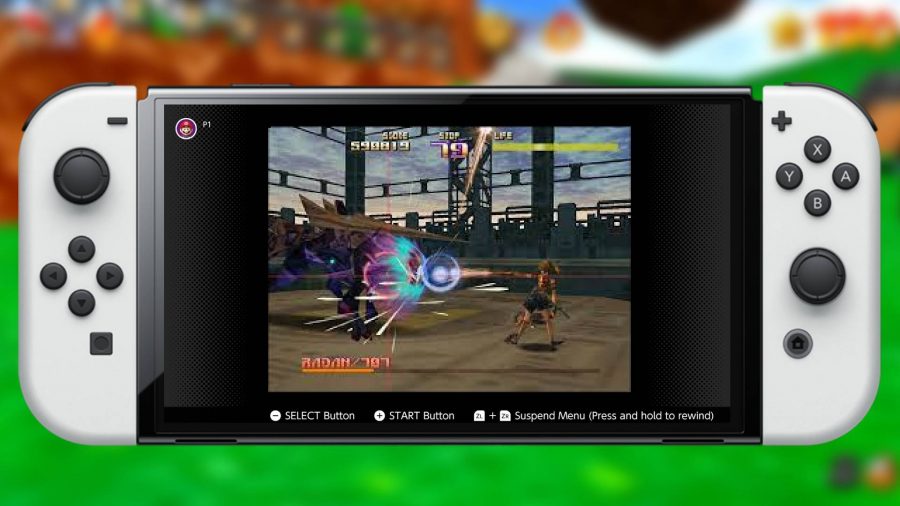 An on-rails shooter of a different kind. Originally only released in Japan, and set in the far-future of… 2007. This shooter comes from veteran developers Treasure (Gunstar Heroes) and brings chaotic action like no other. If you like Kid Icarus: Uprising on the 3DS, you’ll probably have fun here. 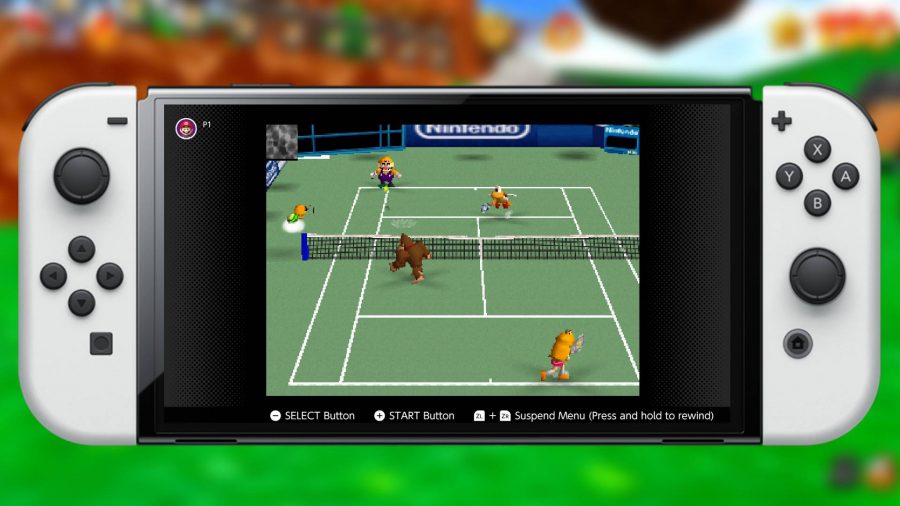 Mario takes a break from plumbing Peach’s pipes, to tag-team instead! With Tennis. This game was the start of a golden era for Nintendo sports games, with this first 3D foray. The addition of online features is also a blessing, and while it doesn’t quite have all the features of newer entries, it shows Nintendo and developer Camelot got a lot right from the very beginning. 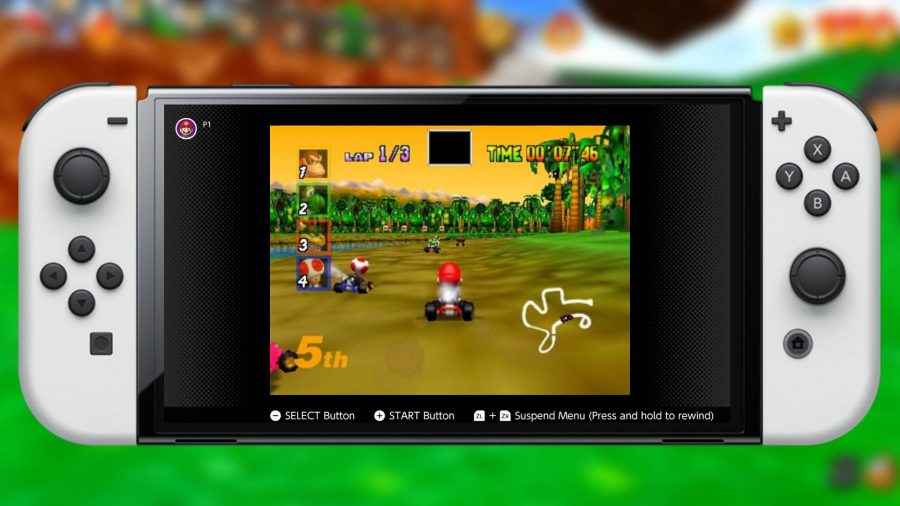 The destroyer of many sibling’s relationships, this is the moment Mario Kart mainstream went and for very good reason. Mario and pals had a brand new slew of tracks to explore, it included new playable characters, and the racing mechanics had been refined since the SNES. Playing with pals was a breeze on the N64, and the online features here make it even easier. 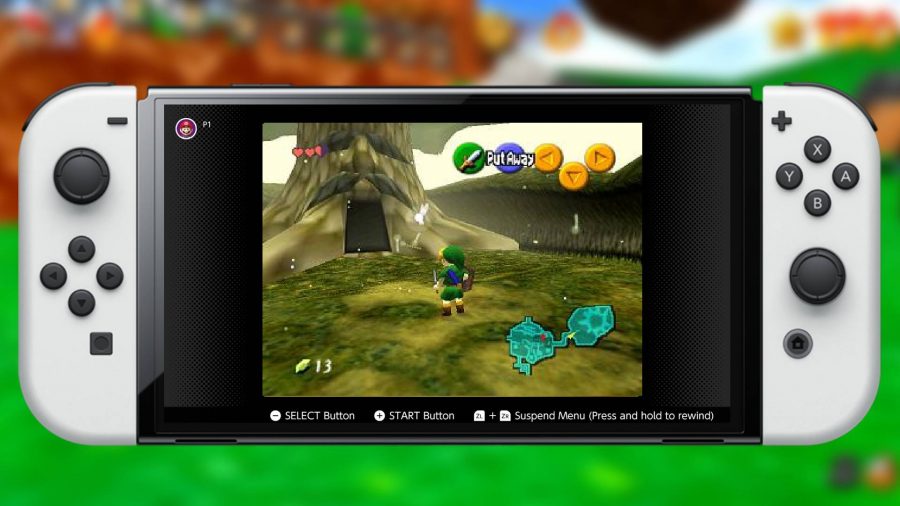 The Legend of Zelda: Ocarina of Time

Another gold standard classic, Nintendo entered the realm of 3D with confidence, and Zelda proved them right. Using the 3D space to create vast dungeons and an impressively open world to explore, this truly felt like setting out on a grand adventure as a child. With its time-twisting story and rogues gallery of fascinating characters, this still holds up as one of the little green lad’s best outings. 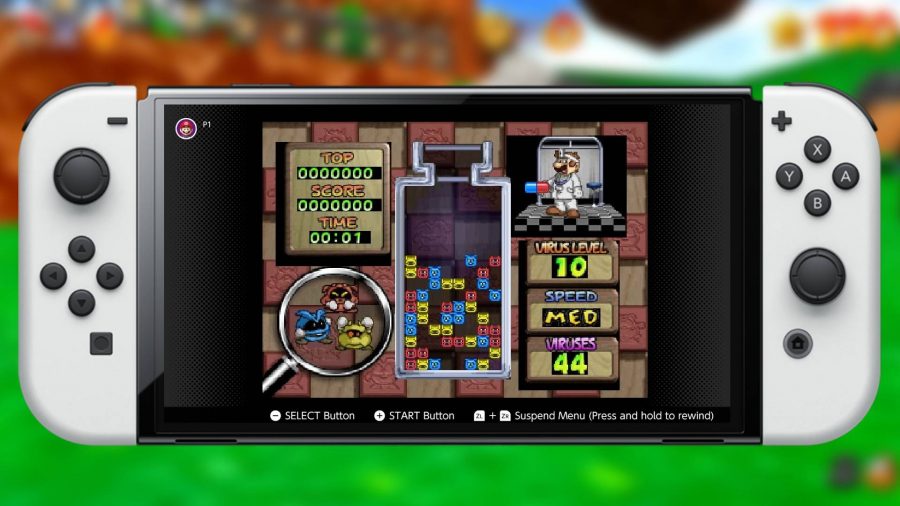 Not content with plumbing, karting, tennis, and flying in Super Mario 64, it seems Mario also got his doctorate to fight viruses. Or do you think he’s lying? Anyway, Dr Mario is a fun falling-block puzzler where you have to spin falling pills to get rid of the viruses on the board. This one has a few nice modes to explore, as well as multiplayer options, and shows that Nintendo always knew how to craft a cracking puzzler. 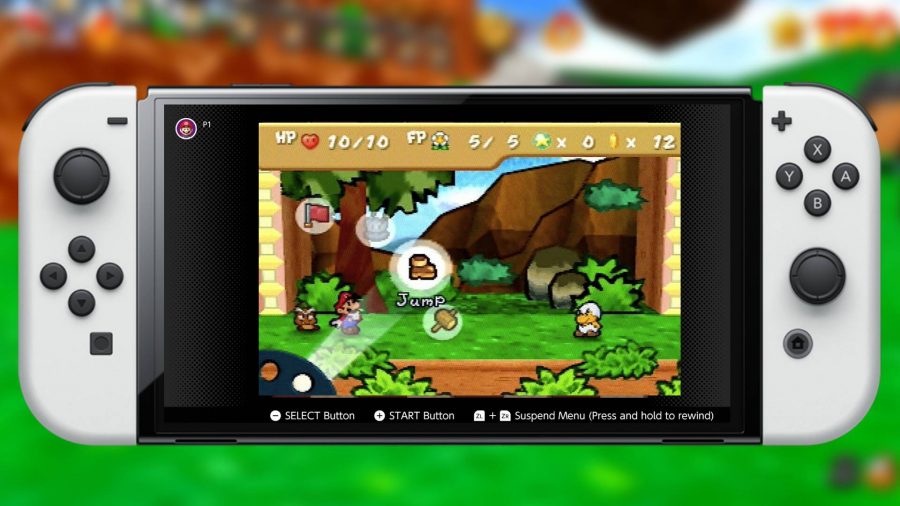 After setting out on a grand RPG adventure with Super Mario RPG on the SNES, Nintendo followed suit with the adorable crafting world of Paper Mario. Every scene looks like a storybook brought to life, and the unique vibe allowed Nintendo to get a bit loose with the writing and characters. It’s still one of the funniest games in Nintendo’s catalog and holds up as a lovely RPG that won’t take a million hours to complete. 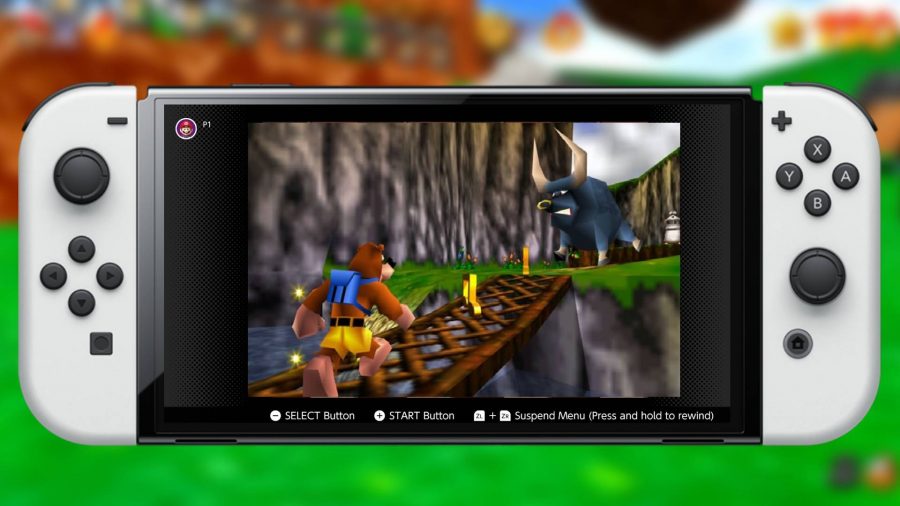 Everyone knows about Super Mario 64, it’s iconic. But what if I told you a scrappy little UK studio called Rare made a game that is arguably better in many ways? Banjo-Kazooie takes the idea of ​​a 3D platformer and finesses it, but with a bucketload of cheeky humor slapped over every second of gameplay. This is the birth of the classic collectathon, with so many items to find in every location, but Banjo and Kazooie also have an array of different moves that make leaping around and fighting bad guys a blast to this very day. Tell you what though, Gruntilda looks even uglier now than I thought she did back then. 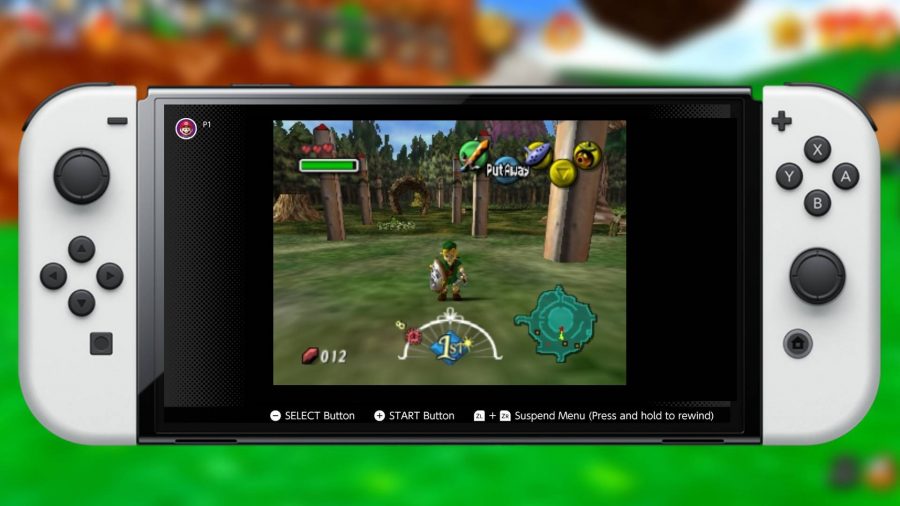 The Legend of Zelda: Majora’s Mask

N64 owners didn’t just get one classic Zelda game, no, not much more than a year after The Legend of Zelda: Ocarina of Time, the team at Nintendo used the existing assets they had built and created The Legend of Zelda: Majora’s Mask , a twisted tale of time travel and a killer moon that is still giving gamers chills to this day.

This one is a little bit tougher than Ocarina of Time, especially because you will be starting the days over repeatedly, and you must learn what you can and can’t change all in one run. But Nintendo took the darker theme and ran with it, offering up a truly sinister adventure that is unforgettable. 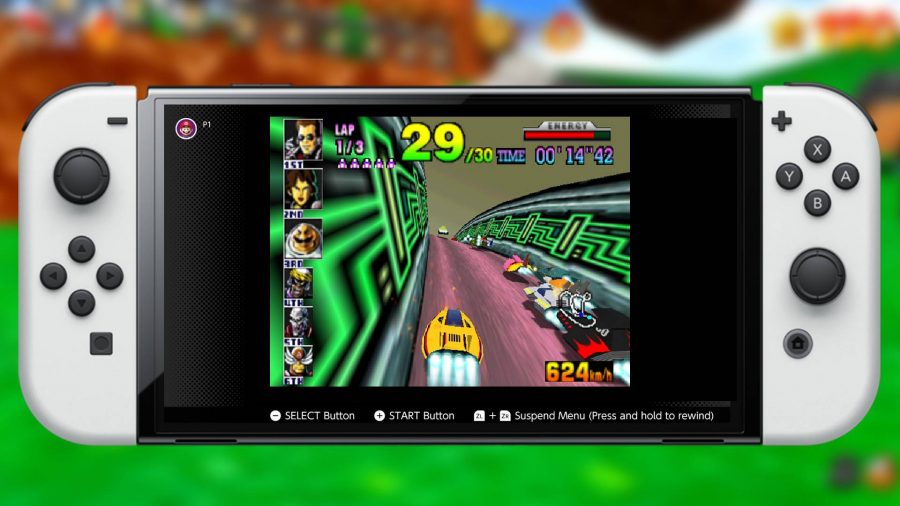 If Mario Kart is too slow for you, try playing with true Blast Power thanks to F-Zero X, and take a ride through space with Captain Falcon and friends. Though the series has been dormant for nearly two decades now, it still has a rabid fanbase and this title specifically holds up really well in the modern-day. This is also now the very first F-Zero game with online features, but hopefully won’t be the last! 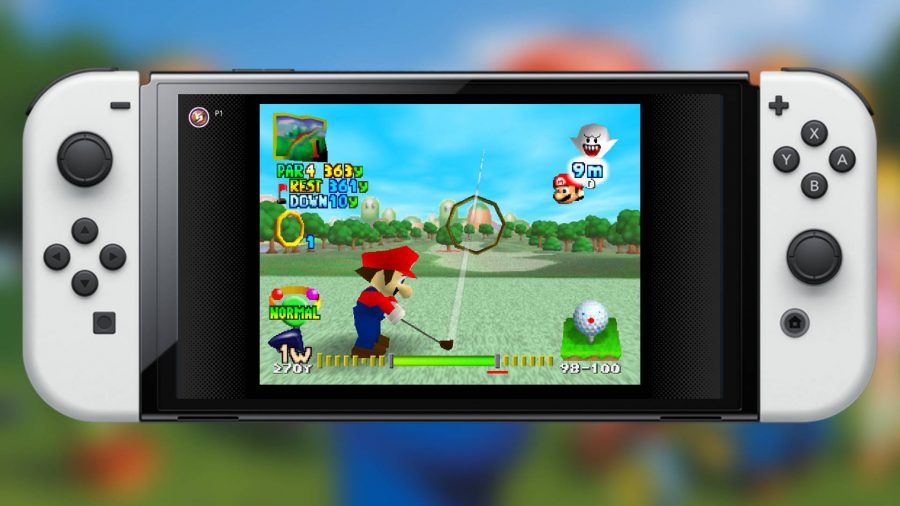 Mario’s first outing on the green holds up surprisingly well, and with the addition of online to the multiplayer modes, there’s never been a better way to relive your golfing memories with friends. This title introduced so many of the features we now know and love, and the art style and music still hold a lot of charm. Camelot went on to do so many amazing sports games after this, so why not see where it all began. 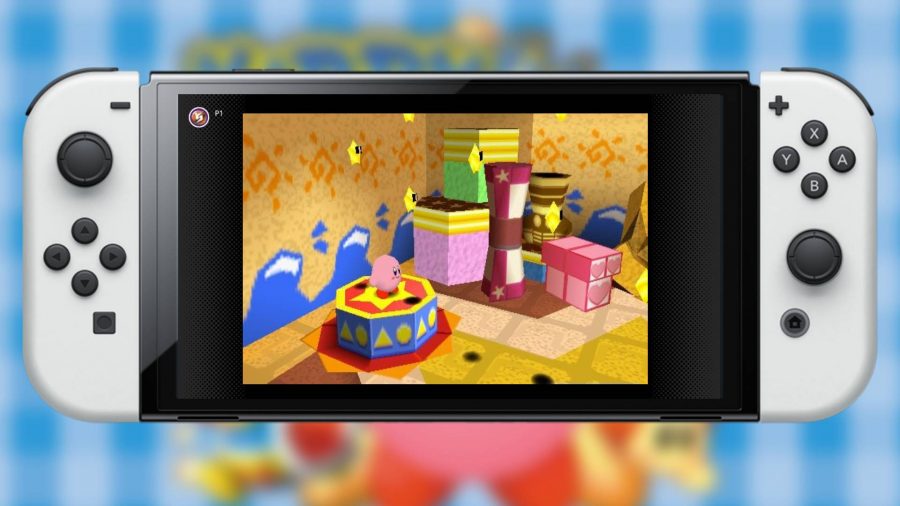 We only just got an amazing 3D platformer starring the pink puffball in Kirby and the Forgotten Land, so if you’re on a Kirby binge and want to discover more of their history, this is a lovely little title. While many other series used the N64 to go 3D, Kirb stuck to his roots and crafted an adorable and interesting 2D platformer that is still a great entry for younger players.

What N64 games are coming to Nintendo Switch Online? 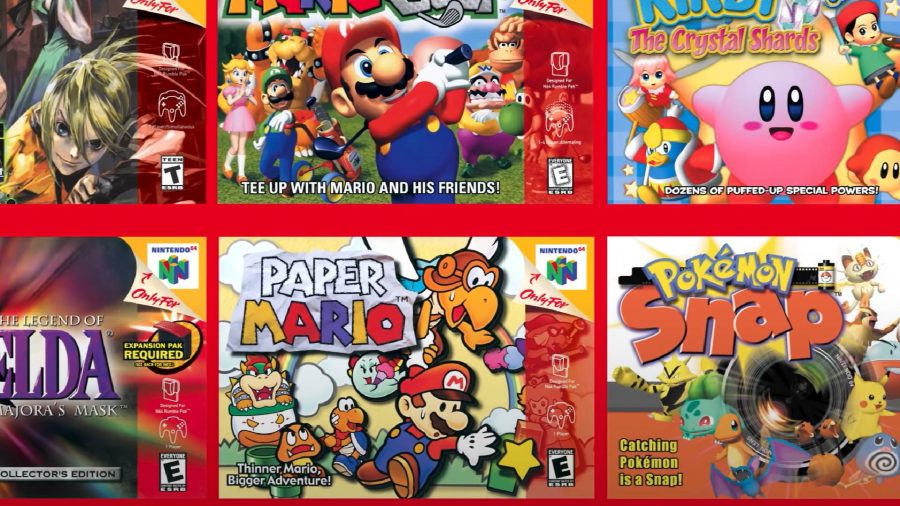 A list of upcoming Nintendo 64 games was revealed in the original trailer detailing the Expansion Pack. incoming Nintendo Switch Online N64 games are as follows:

Considering Nintendo’s commitment to the service, we expect to hear about more games coming to the service in around April. There have even been rumors that other Rare produced games might come to the service, including the infamous Goldeneye 007.

There you have it, that’s every game on the Nintendo Switch Online N64 service at the moment, though we do know that more are coming down the line. We’ll update in the future as soon as more are announced, so be sure to check back regularly. If all this retro-gaming goodness has got you in the mood for more leaping around, be sure to check out our guide to the best Switch platformers next.