With just a couple of weeks until release, we’re very happy to bring you a Nintendo Switch Sports preview, as we were lucky enough to take a trip to Nintendo’s UK towers and have a kickabout with some other journalists last week. Billed as a spiritual successor to Wii Sports and Wii Sports resort, Nintendo Switch Sports brings the franchise into shiny HD, and has picked up a few new tricks along the way.

Before we dive into the full Nintendo Switch Sports preview, a little about the game. Featuring options for both local and online multiplayer, Nintendo Switch Sports features returning sports like tennis, bowling, and chambara (previously swordplay in Wii Sports Resort), while introducing players to football (or soccer if you’re wrong), volleyball, and badminton.

Just like older titles, these sports utilise motion controls with the Joy-Con, and has you performing movements mimicking the swing of a racket, the throw of a bowling ball. With the leg-strap attachment, there’s even motion-controlled football in the shootout mode. There doesn’t seem to be the ability to map the controls to buttons like in the recent title The Legend of Zelda: Skyward Sword, but there’s a roadmap of updates for Nintendo Switch Sports, so perhaps it’s in the future.

First up was volleyball, a slower-paced sport than most, and one that focuses a lot on timing. Here the motion controls don’t feel quite as consequential, but instead, you’re looking for the perfect time to jump, pass, or spike the ball. I played a 2v2 match, with two real-life players playing against the NPCs, and we worked together to time actions properly and score. This is a great introduction to the entire game, as there’s enough room for strategy to keep things entertaining, but much less room for error than some other sports. 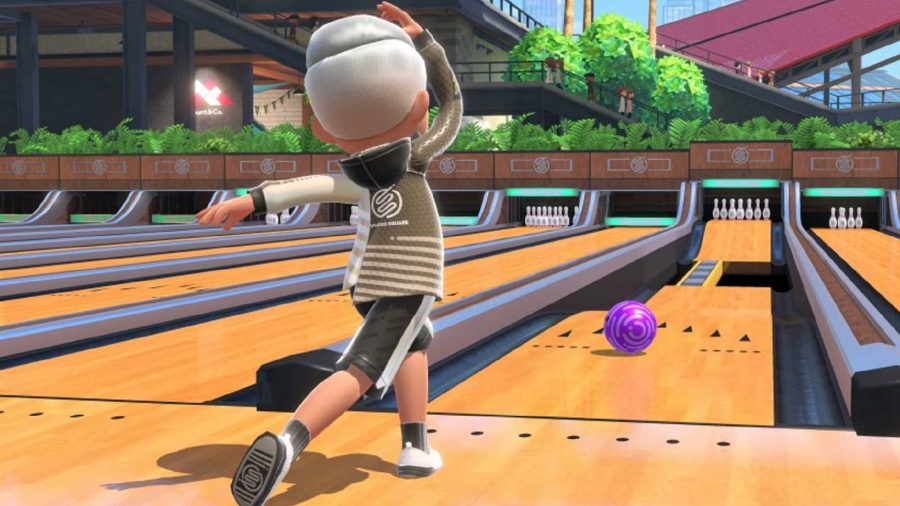 Badminton is also great, with the motion controls taking a front seat, this mode feels almost akin to ping pong from Wii Sports Resort. Here, your movement with the Joy-Con is nearly mirrored on screen, and the floaty descent of the badminton gives you time to angle and properly assess your hits. It takes a minute to properly understand the controls, but once you find the knack, it’s extremely satisfying. Just don’t ask Rich from MyNintendoNews how badly he beat me.

So swordplay is now chambara, or just foam sword fighting where you must attack your opponent until they fall in the water. Another sport where your Joy-Con very accurately mirrors your actions on screen, here it’s essential to learn how to block and strike properly, and when to attack your opponent. Just bashing away with your sword leaves you open to attacks, and a few good strikes mean you’re in the water.

Instead, it feels like a duel focused on wits and patience, where both parties must pay attention to how the opponent is playing, and try to properly counter it. While all the sports look great (more on that later), chambara has by far the prettiest arena, with the action taking place on a podium above a pool, in what looks like a shopping centre with a little cafe. Until you see it in motion I don’t think screenshots get across just how gorgeous this title is, and if I have to pick the standout arena this would be it. 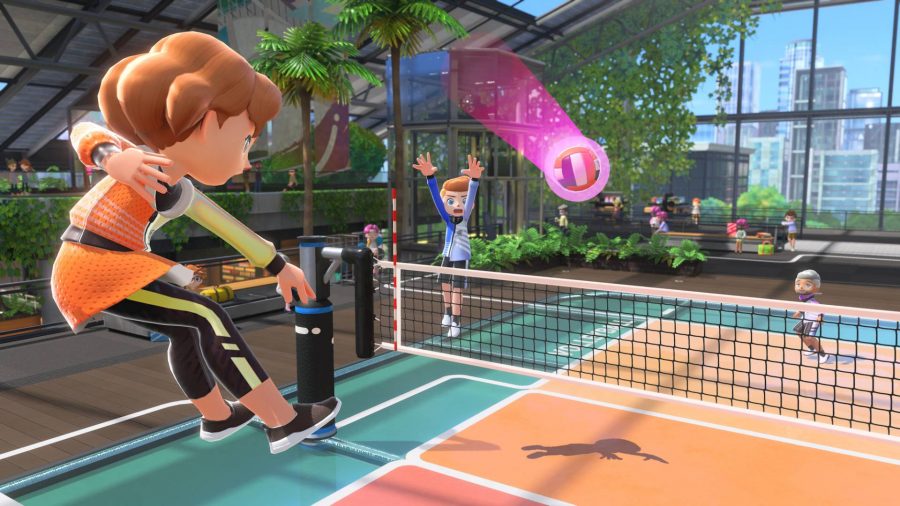 Now, football is perhaps the mode I was most nervous about. Both because you can’t pay me to play a game of Fifa (each to their own, sorry), and also because Mario Strikers is getting a new title just a few short months after Nintendo Switch Sports. So, smartly Nintendo has managed to create a football mode that’s distinct and interesting enough to stand on its own and still be entertaining. I hate to just compare games to other games, but bear with me, Nintendo Switch Sports version of football almost feels a little bit like Rocket League without the cars.

Using both controllers, you run around the pitch to chase a large and very buoyant ball, taking aim very tactically and trying to strike it with precision. Your kicks can be fired in different directions, with a stark difference between an upwards kick and a sidewards kick, with a bit of room for nuance in between. The large ball means there isn’t much chance to just quickly pass between you, though if you do need to pass, one player can run ahead and call out with a button press that forces your little character to exclaim that they’re free. 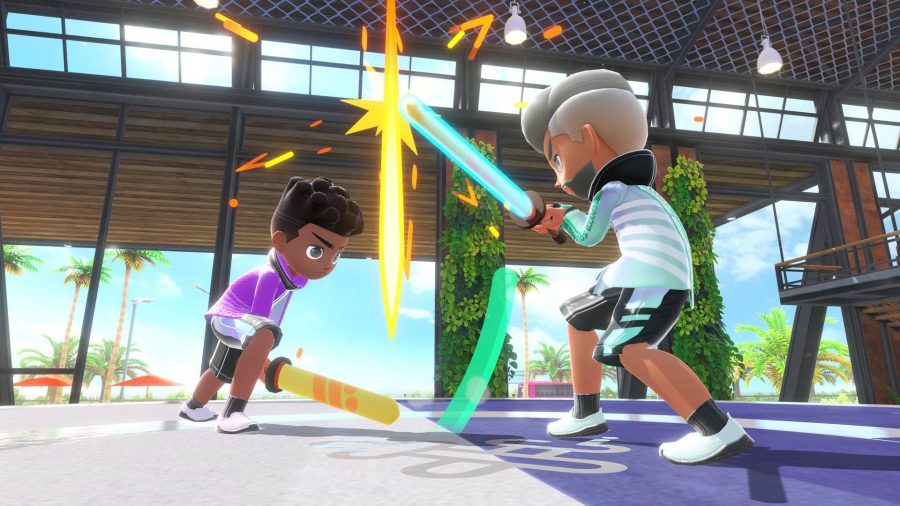 Outside of returning classics, I think football impressed me the most, because it isn’t quite what I expected, but it works so well. Nintendo Switch Sports is carrying on the Wii Sports legacy, and that means that the game should always be more approachable than complicated. Nintendo clearly wants families playing this, and the version of football we have here isn’t quite as turbocharged as Mario Strikers, but instead, is just a really fun and easy to grasp distillation of the sport that still leaves a lot of room for some heated moments, depending on how accurate your kicks are.

The spirit of Wii Sports is alive and well

The final two sports are the returning champions of bowling and tennis, both of which prove exactly why they return in moments. Bowling looks and feels great, remaining as satisfying as ever in classic mode with a few new twists. In local multiplayer, there’s now the option to play simultaneously as well as taking it in turns, so as long as you don’t swing your controller into your brother’s leg, this is a great option for impatient players. There are several different challenge modes to explore as well, and when playing the online test a few weeks ago, I even got to try out the 64 player knockout mode. Safe to say, a bowling battle royale is an absolute blast.

Personally, when I think of Wii Sports, I think of tennis. It’s the quintessential showcase for both the Wii and Wii Sports, and is so easy to understand and play that whole families can quickly compete and get angrier than Novak Djokovic at Australian customs. Nintendo Switch Sports once again feels closer to the enhanced precision of Wii Sports Resort, with your controller and swing having a really satisfying influence on your shots. Understanding the timings and the sort of strikes needed is so intuitive and immensely satisfying, so I look forward to seeing what other modes are hiding away to explore later.

Nintendo will add golf in an update later on in the year and that honestly feels like a big omission, but I’m grateful it’s on the way. Plus, the idea of Nintendo Switch Sports getting the same sort of regular updates as something like Splatoon is a great idea. Nintendo confirmed that there will be regular online tournaments in which players can unlock new customisation features, and they intend to support this game for the foreseeable future. 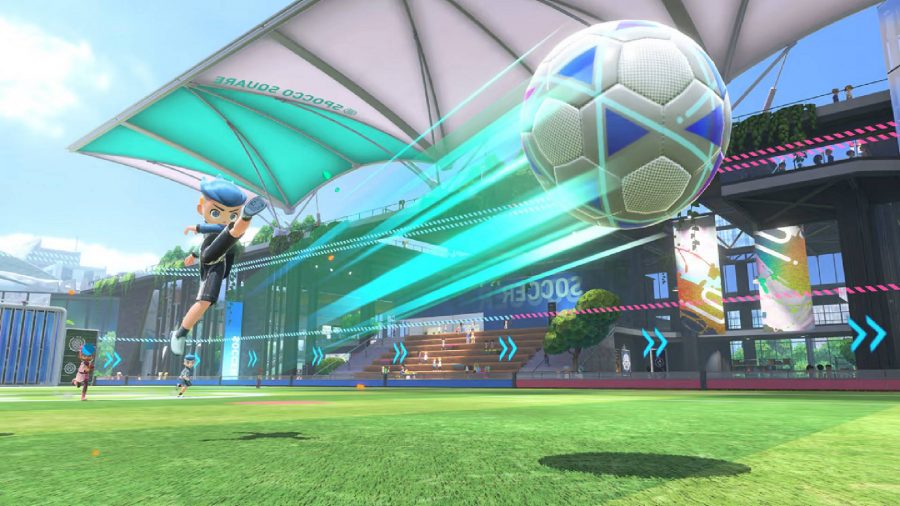 In a nice touch, if you don’t have Nintendo Switch Online you can still play offline against NPCs to earn the same items as those players in online tournaments can earn. Clearly, the focus is on multiplayer and online, but it’s nice to know that nobody gets left behind. While I didn’t try out the online during our preview session, I did take part in the Nintendo Switch Sports online beta test several weeks ago and came away very impressed with the results. Nintendo’s recent server changes that produce such great online modes in titles like Mario Party Superstars are clearly getting a proper workout here, and I can’t wait to attempt 4v4 football matches with some pals in a few months time.

I just want to quickly touch on performance, as while I’ve mentioned the graphics (which seem to be using impressive AMD upscaling technology) it also runs like a dream in every single mode. It doesn’t matter how many players or how much is happening, the game runs buttery smooth. And in my brief experience of the online beta test, I again only have good things to say. Certainly, when it’s all properly live I’d like to test a 4v4 football match to really stress test things, but in terms of both the graphics and the dream of a stable framerate, it’s all looking good so far.

There seems to be some furore online about the lack of Mii in Nintendo Switch Sports, so let me reiterate, there’s an option to use your Mii, so don’t worry. This is just alongside the new avatars, and even when using a Mii as your head, you still unlock and can equip the huge library of customisation options just waiting to be found by digging into the game’s many modes. Basically, with so many different ways to play each game, things to unlock, and the promise of more down the line, this is going to be a really beefy package. 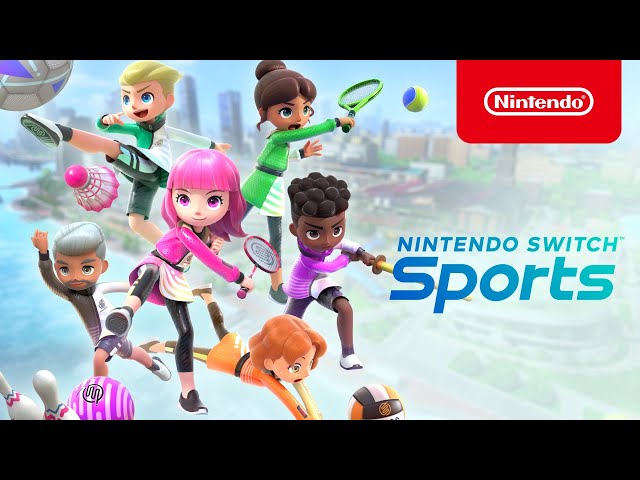 I was cautiously optimistic about Nintendo Switch Sports, as I wondered how the new sports would separate themselves, and honestly, if Nintendo could ever recapture the pure lightning in a bottle magic that was the original Wii Sports, so I’m very happy to admit that I came away so impressed. The spirit of Wii Sports is alive and well, but Nintendo Switch Sports could usurp it, so we can’t wait to really dig into the full title and come back with a definitive verdict.

Nintendo Switch Sports seems to have been given all the care and attention it deserves, and looks like a shining example of what a AAA Nintendo title can achieve, so hopefully the full package has got enough to offer to keep us playing for the full 90 minutes.