It’s still not completely obvious what makes a good gaming phone. There are great gaming phones out there, for sure, just check out our Asus ROG 5s Pro review. But, for me at least, it doesn’t feel like it’s easy to define what you need from a mobile gaming phone. I guess you don’t know it until you see it, in most cases, but it does feel harder to define than console gaming.

And if it’s true that you do know it when you see it, then even though I love the Poco F4 GT, I don’t think this is exactly it. It’s the latest flagship from Xiaomi’s gaming sub-brand, coming packed with loads of power, a gorgeous screen, and big speakers in an overall sleek package with good-enough cameras on the front and back. To make things even better, it’s only starting at around £600 – significantly cheaper than other phones with the same processor.

That twist here is the Poco tweaks have made for the gaming community. Firstly, and most noticeably, this phone has triggers, making it perfect for shooters from the off. Then there’s a unique right-angle charger so you can play and charge more easily, RGB lights in the camera bump, and special cooling technology to help any videogame fan feel right at home.

Everything that the Poco F4 GT does well, it does incredibly well. Let’s start with the specs. There’s a Snapdragon 8 chipset, which matches up to the highest-end Samsung phones at almost twice the price, alongside two storage/ram configurations: 128GB/8GB and 256GB/12GB. I reviewed the latter. 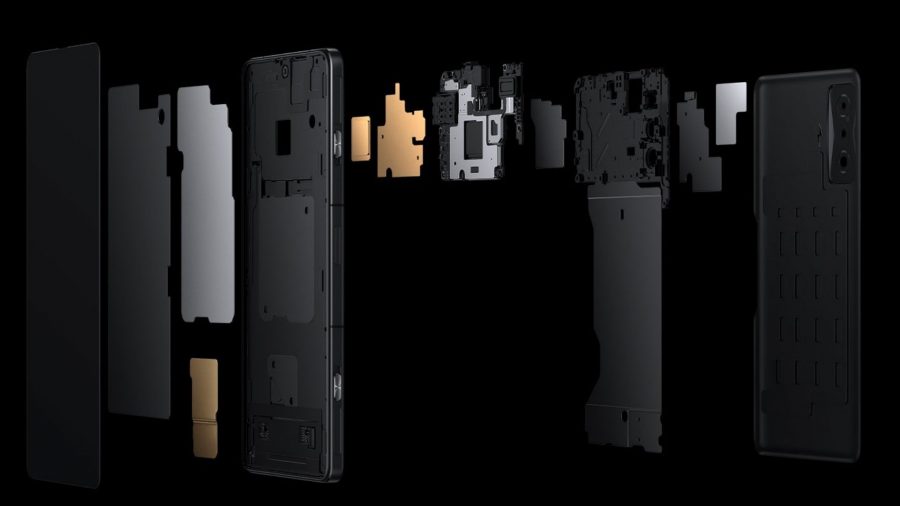 The screen is big and bright and beautiful

In terms of power, this thing is exceptional. Running mobile classics like CoD Mobile or Genshin Impact really blew me away. I could ramp their settings up as high as possible, unlock framerates, and get past 60fps in some cases. This all comes with Poco’s own game boost software, which lets the phone drain battery quicker in favor of better performance. No matter what, these titles looked exceptionally good.

It’s not just the power that helps the presentation though, it’s also the screen. It’s a 6.67 inch, 120Hz AMOLED with HDR10+ that can get up to 800 nits brightness. That’s not as bright as I would sometimes like, and with a PPI density of around 400, it’s a little lower than others on the market, but in practice, it was never an issue. It’s big and bright and beautiful.

All these lovely sights are powered by a 4700 mAh battery, which is good enough to get you through a whole day. That’s not a whole day of gaming, mind you, but just the usual stuff – scrolling, snapping, a quick bit of Coin Master, and whatnot. Once you do get the phone to show off its skills, the power leaves the machine a lot more quickly.

That’s completely fine, though. I could still get a few hours of CoD mobile before even noticing I needed to charge the thing. Then, when you plug it in, it takes around 20 minutes to get a full charge. I still struggle to get my head around it – just plugging a phone in, making some toast and a cup of tea, and coming back to near-full charge. It’s magic and stops you from ever worrying about battery life (and the 120W fast charge comes with the phone, which is neat). 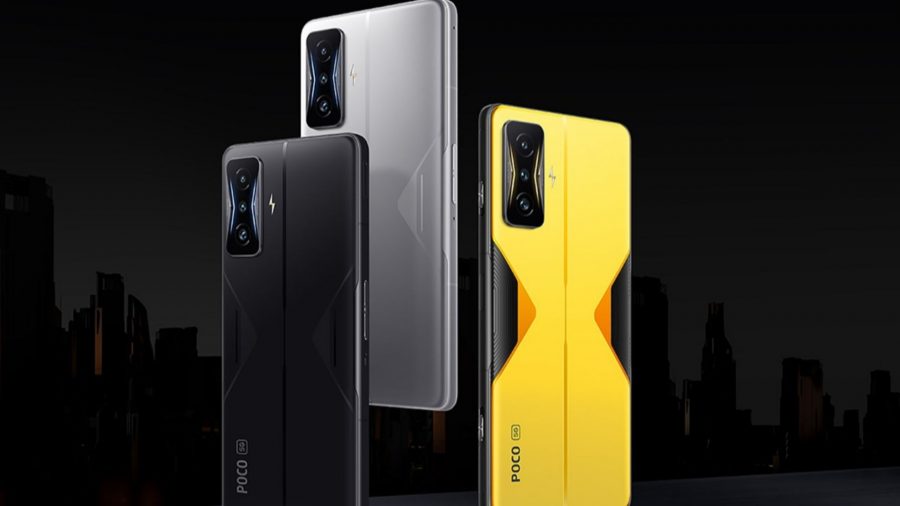 It’s all housed in a nicely put together body made of aluminum with a glass back. It’s 8.5 mm and weighs 210 grams, making it a little chunkier than most phones on the market. In general, the size is a little bigger than I’m used to and quite hard to use with one hand, but that’s the concession that needs to be made for a gaming phone. It has to have a big screen, so it has to be a little bigger, and I’m fine with that.

The phone comes in three colours: stealth black, knight silver, and cyber yellow. I’ve got my hands on the silver and the black, and highly recommend the black over the silver. While the glass back is a fingerprint magnet no matter what, it’s pretty hard to see on the black phone, yet quite stark in silver. Still, a few fingerprints are hardly a big deal.

Speaking of fingerprints, there’s an excellent fingerprint sensor in the lock button on the right-hand side of the phone. Just like I mentioned in my Poco X4 Pro 5G review, the fingerprint scanners in these phones are seriously impressive and feel more consistent than the handful of higher-end scanners I’ve come across.

Rounding out the good is 5G capabilities in the phone, making it ready for high speeds if they’re available in your area. It’s not really consistent enough to make a difference in London, but that may be different where you are. There’s also a quad-speaker setup, positioned specifically to not be muffled while playing. I still occasionally found myself covering them, but all in all, they’re loud, wide, and positioned well enough. 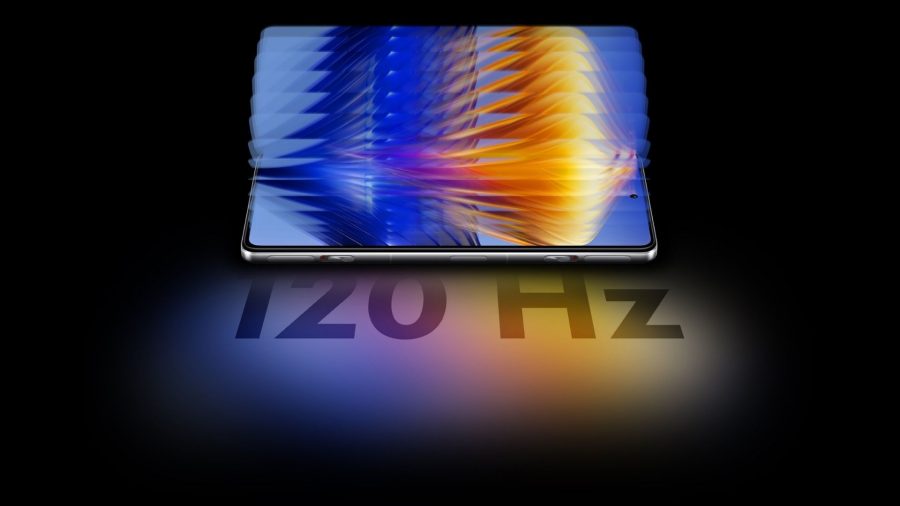 While the speakers are great for gaming or some YouTube, they’re not really any good for music. Sure they’re louder than my iPhone 11 speakers, but the way they distort at the high-end, even around 50% volume, is pretty poor. The volume means they’re great for sticking on a podcast out loud, but the quality can ruin some songs and makes them pretty unbearable at higher volumes. Still, who’s listening to music out of phone speakers anyway?

One thing you will have to use every day though is the phone’s operating system. The Poco F4 GT runs Android 12 with Xiaomi’s MIUI 13 skin, which basically makes everything look more like an iPhone (which is fine by me). The OS is usable enough, but some settings can be hidden in weird categories, customizing your home screen is pretty unintuitive, and a handful of OS bugs ruin what should be a really slick experience (especially with that 120Hz screen). I had this same issue with the Poco X4 Pro but hoped that it might be rectified in future software updates. That really needs to happen for this to feel like the premium thing it’s trying to be.

Another thing people do use on a daily basis is their phone camera, and if you’re looking for something special here, I’m going to have to disappoint you. There’s a three-camera setup, with the main 64 MP wide lens, as well as an 8 MP ultrawide and a 2 MP macro. The main wide lens is passable in good lighting conditions, but the other two are dull, washed out, and of low quality. When lighting conditions aren’t ideal, the main camera really struggles.

That’s okay, though. Poco doesn’t focus on having high-end cameras, and that’s how they can make a phone with great performance for less than the competition. But if you’re hoping that this is a bargain all-rounder, it really isn’t. This camera doesn’t hold a candle to the iPhone 13, for example, and you can get that for around the same price. The selfie camera is similarly passable, but not going to knock your socks off. 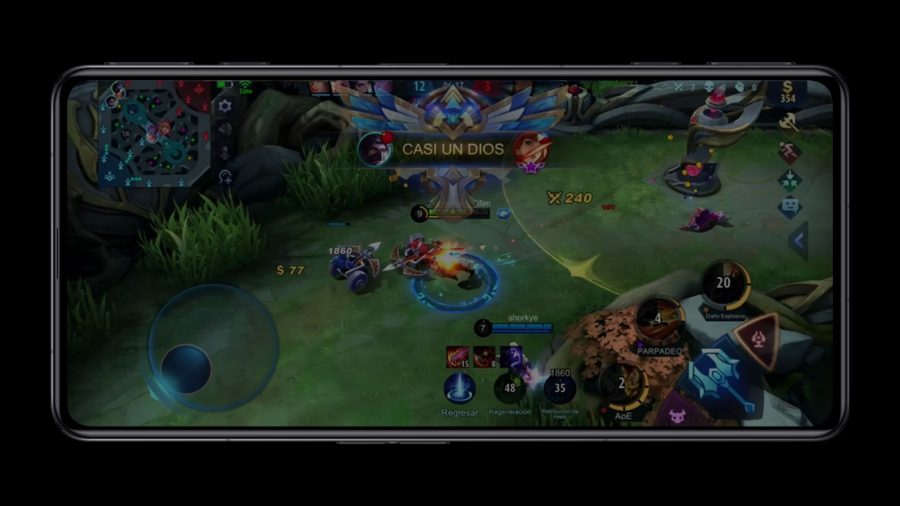 One of the weirder aspects of the Poco F4 GT is also housed on the main camera bump. But no, it’s not a bit of strange technology, it’s just two words: ‘FREEZING’ and ‘SPEEDIEST’. I have absolutely no idea what that’s about. I think it’s really funny, and can imagine they’re pushing for a dual message of performance plus cooling, but I’d rather it just wasn’t there. I don’t need words written on my phone, thank you very much.

Lastly, then, we come to the Poco F4 GT’s party piece, the pop-up triggers. These live on the right-hand side of the phone and are activated by flick switches. They’re great fun, and you can set different noises and colors to appear when you activate them if you’re so inclined, but overall, I find them quite confusing.

Firstly, mapping them in a game is a little bit fiddly. There’s nothing automatic about it, meaning you need to make sure the game is added to Poco’s game boost system. If it is, then swipe from the top-left corner to open the game boost side menu. Then you can press a button to map the triggers, by moving floating cursors to where you want the trigger to touch on the screen. It’s a slight faff, but hey ho.

In some games, they work really well. I feel like I have an immediate advantage in any shooter, as I can move and shoot without completely covering the screen. In most mobile shooters, you press the button to shoot, and then move from there to change your aim. With this, I could use the normal aiming motion as usual, and react more quickly when an enemy appeared. 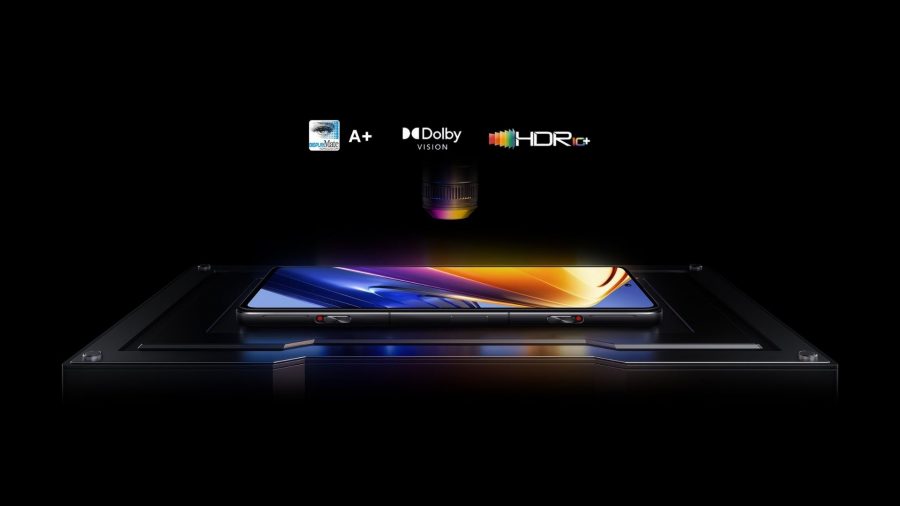 This phone gives you what it promises

In other games, their use is a little bit more oblique. I turned them on for Ni no Kuni: Cross Worlds, but it didn’t really improve the experience. Then there are all the games that you don’t play in landscape orientation, like Mario Kart Tour, which technically still could make use of the triggers, but I don’t see why you would ever want to.

So, while they’re really helpful, I think the design of them doesn’t make any sense. When they’re down, they’re completely flush with the body of the phone, but the activation switches on either side are always sticking out. They’re about the size of a lock button, but stick out a little further. For me, these should have been moved slightly nearer the edge of the phone, and just kept there as permanent triggers.

No matter what, there’s going to be something sticking out with either configuration, but I just feel like the pop-up aspect doesn’t really add anything to the usability, other than the possibility of wear-and-tear years down the line. This is by no means a dealbreaker – the triggers are still great to use – but I just feel like the design decisions are completely illogical. Maybe you disagree though, as it’s definitely just a bit of a nitpick. Something not making sense will never ruin my experience with this phone.

My overall takeaway is that the Poco F4 GT is an excellent gaming phone for a decent price. There’s not really much else to say. Some design decisions really confuse me, and I wish the operating system was slicker, but then I’m expecting this phone to be an all-rounder when it clearly doesn’t pitch itself like that. The key thing to remember is that this phone does actually give you what it promises, just don’t forget the handful of concessions in other areas. Oh, and don’t forget that it says ‘FREEZING’ and ‘SPEEDIEST’ on the back of it for some reason.