Anyone who’s into mobile games probably wants to find the best hardware for it. But unlike console games, there’s a heck of a lot of hardware to choose from. The big, expensive iPhones are super powerful and have the added benefit of Apple Arcade. The Asus ROG 5s Pro comes with a similarly hefty price tag for a top tier gaming experience.

But many of us have tighter wallets these days, and finding something in the mid-tier that can do everything you need can be pretty tough. And, because phones are integral to everyday life, it can’t be a gaming phone alone. It ought to do everything else well too.

That’s the pitch of the Poco X4 Pro 5G. It’s a $300/£250 all-rounder that looks good, sounds good, feels good, and, overall, is well worth the money. That doesn’t mean it’s perfect, of course, but when the headline features of the phone are this good and the price is so reasonable, the flaws become a fair trade-off rather than a dramatic hindrance.

The primary selling point of the phone is its screen, a 6.67 inch 1080 x 2400 AMOLED with a 120Hz refresh rate and 1200 nits peak brightness. That translates to a very slick user interface, with animations sliding by thanks to the high refresh rate. Outdoors the screen is bright and usable, and all throughout colours pop and stand out. This makes it perfect for streaming things or playing games. 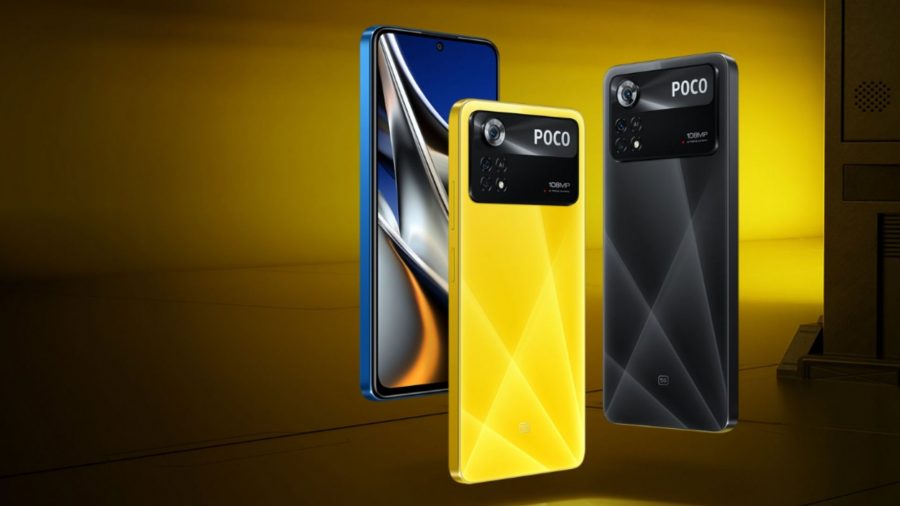 The camera is excellent for a phone this cheap

Its edge to edge design is very impressive, and while it doesn’t quite compete with phones three times the price, its look and feel are particularly luxurious. This, combined with the dual speaker set-up actually encouraged me to use the phone to watch videos, which I never normally do. When used for music, the speaker set-up struggles a bit more, sounding a bit hollow and tinny (but, luckily, there’s a 3.5mm headphone jack for all you audiophiles out there).

The rest of the exterior of the phone is sleek. It has a plastic body, making the whole phone a lot lighter than you may be used to, but its flat sides and slim build keep everything feeling more sturdy and well built than the price tag suggests.

The only bit about the design I’m not that big a fan of is the camera bump on the back. It’s a large rectangle, with the main camera popping out even more, then four circles below it. Only two of them are extra cameras – an ultrawide and a macro – while another is a flash and another just has the letters AI on it.

On the other side of the rectangle bump is even more writing, with the Poco logo emblazoned almost discreetly at the top. It’s just a bit odd to have so much writing on the phone. In the bottom right-hand corner it lets you know that there’s a 108 MP AI triple camera. Why does it say this on the phone? I think it’s strange. 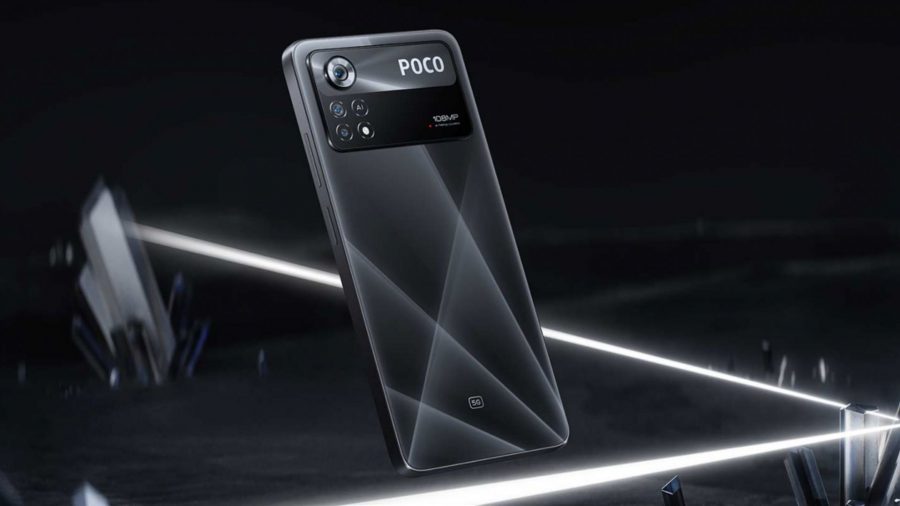 Luckily, while I may not love the fact that the thing is covered in writing, the camera is excellent for a phone this cheap. I got great shots in the bright sun in the park and the low light of a pub, with quite stark, lively contrast for most of them. Occasionally, photos come out looking strange, either super washed-out or, in very low light situations, weirdly blurry. Overall, though, the photos are detailed and consistent.

The front hole punch selfie camera is also top-notch. Not only is it super tiny – I forgot it was there for the most part – it’s a rock-solid 16 MP, making it more than good enough as a front-facing camera. Another bit of added luxury on the outside of the phone is the lock button, which has a fingerprint scanner on it. I find this works nine times out of ten, feeling more consistent than the limited use I’ve had with other ones.

So, that’s the outside of the phone. For the price, the Poco X4 Pro 5G does a great job of feeling like a premium product. While it can’t quite match the quality of much more expensive phones, it does a great job of acting like it does, and it often takes a keen eye to notice the occasional drawbacks. 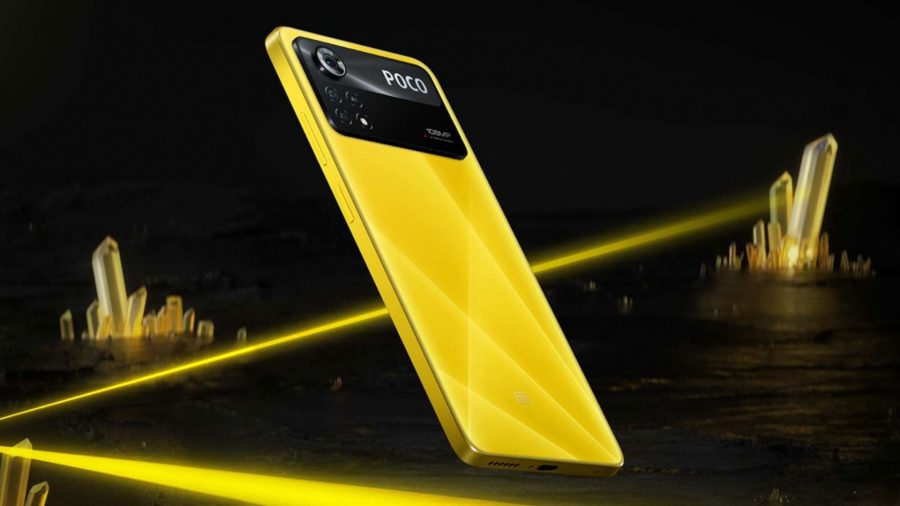 It doesn’t punch above its weight in the performance department

But, we’re much more interested in what’s on the inside of this phone. There are multiple storage/RAM configurations (64GB/6GB, 128GB/6GB, 128GB/8GB, 256GB/8GB), as well as a microSD card slot for extra storage. I have the highest configuration, which seems like more than enough overhead for everything you need day to day.

There’s also an exceptional 5,000 mAh battery, which I can easily stretch to a full day of intensive usage (watching videos, using social media, and playing lots of videogames). When I use it more casually, it lasts around 36 hours, all with the screen running at 120 Hz, which is seriously impressive.

When you do have to charge it, it doesn’t take long, either. With 67W fast charging, the battery can go from zero to 100 in a quarter of an hour, which is a great feature. I’m often worried about whether my £700 iPhone has enough charge, but I didn’t worry about the Poco once. When it’s running a little low, I stick it on charge, and could come back from making a cup of tea to see it on 80% charge. It’s really impressive at this price point.

When using the phone, the software is slick for the most part, thanks to that 120 Hz refresh rate. The Poco X4 Pro runs Android 11 with Xiaomi’s MIUI 13 design, which is a little odd, but works well enough. The only issues with the smooth experience always seem to be software-based. Whether that’s the phone stuttering, the camera taking ages to open, Instagram freezing, or any other small hiccup you can imagine. There were a few faults during my two weeks with the phone, but I can only assume it will get better with software updates in the future. 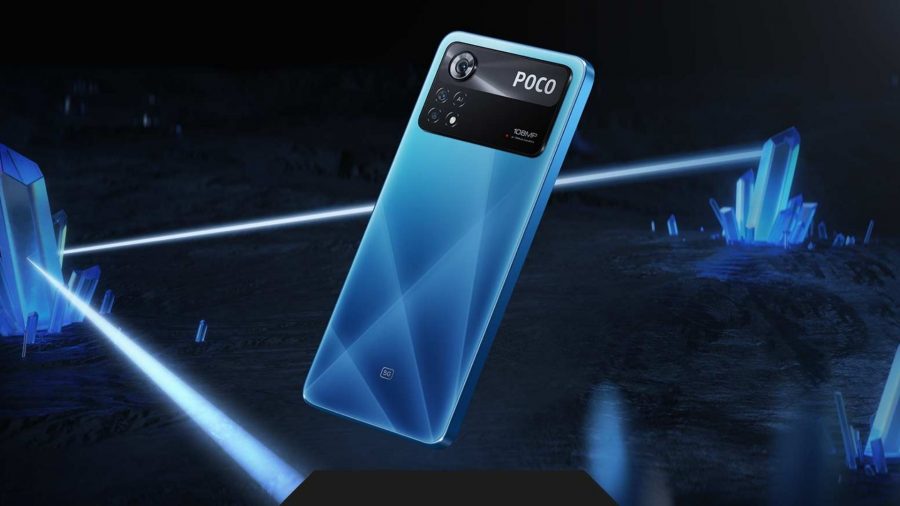 You may have noticed I haven’t talked about the processor yet, or its videogame performance. Well, let’s do that. Inside the Poco is a Snapdragon 695 5G, with eight CPU cores (two 2.2 GHz Kryo 660 Gold and six 1.7 GHz Kryo 660 Silver) and an Adreno 619 GPU. What all those funny words result in, is pretty average performance.

That’s not to say it underperforms, but it definitely doesn’t overperform for gaming like you might expect from the Poco brand. Everything I tested – Genshin Impact, CoD Mobile, F1 Mobile Racing, Grand Prix Story, among others – all performed just fine. None made use of the high refresh rate, but it would be a bit silly to expect that from the more graphically taxing games.

But still, in all the more taxing games I tested, I struggled to get a consistently high refresh rate for the most part. Again, I know we don’t go to mobile phones for slick, consistent, high frame rate gaming, but for what the Poco brand is known for, it’s a little bit lacking. It could still run everything smoothly, so it’s definitely good enough, even if it doesn’t punch above its weight in the performance department.

Still, performance isn’t everything. The fact that the phone’s screen is so gorgeous helps make any gaming experience a lot better, even without slick refresh rates. The dual speakers create a decent enough soundstage, letting me hear gunshots from different directions in CoD. The size of the screen makes touch controls more usable, the weight of the phone makes it easy to use for longer periods, and the fact that the phone is such a good all-rounder makes playing games on the thing a lot more fun. For anyone in the market for a phone at this price, there’s very little that competes. Just don’t go in thinking it’s some gaming saviour and you won’t be disappointed.