Do you ever wonder what it’s like to be Slender Man? Well, if the thought has crossed your mind, and you want to join his spooky ranks, head on over to Roblox. For those of you who are unfamiliar with the notorious creepypasta villain, he haunts many people worldwide, and even has games, and a film, to his credit, too.

In this guide, we discuss what a Roblox slender is, and let you know exactly how you can turn your avatar into one. But, of course, just because you look like Slender Man, doesn’t mean you get his mysterious supernatural powers. Instead, you have to settle for being a troll with an intimidating stature. You could try switching it up and being nice to other players – that would be truly shocking for anybody that has heard of Slender Man.

If you’re after some Roblox freebies, you can check out our range of guides. These include Wisteria codes, Anime World codes, Muscle Legends codes, and YouTube Simulator codes – in case your dream is to be an influencer.

What is a Roblox slender?

There isn’t anything overly special about being a Roblox slender. It’s an avatar choice – your virtual counterpart is tall and lean, much like the infamous Slender Man. For the most part, you see this this body type on male avatars, but that doesn’t mean you won’t come across a female slender from time to time.

You may see a slender and think it’s time to run in the opposite direction, and we don’t blame you – Slender Man isn’t exactly known for his friendliness. However, not all Roblox slenders are mean, some are quite the opposite and are more like BFGs – big friendly giants. Also, you shouldn’t be too surprised if you come across slenders that like to troll. Causing panic and mayhem is what their namesake is known for, after all. 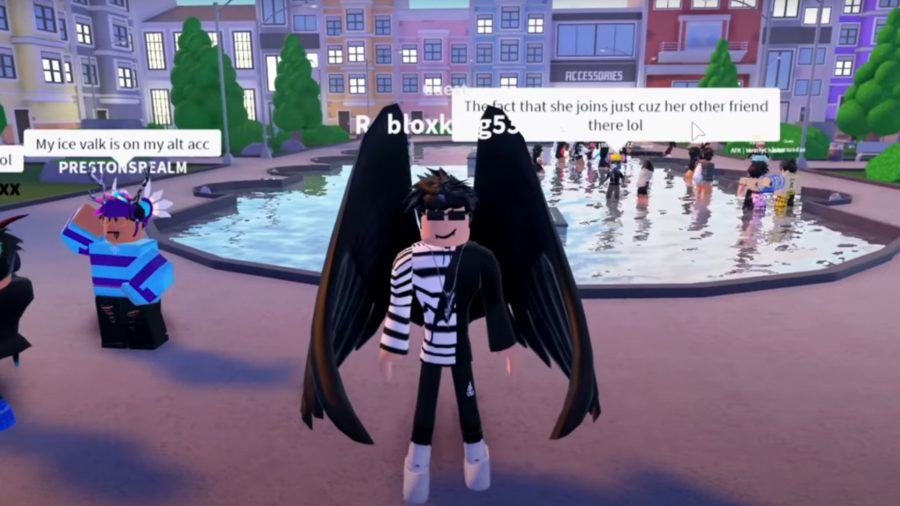 How do I create a Roblox slender?

If you want to be tall and, well, slender, you can utilise the R15 scaling tools. These give your avatar 15 customisable parts, as opposed to the standard six.

It’s up to you how you dress your new slender avatar. However, there are some stereotypical aesthetics that you might like. For example, much like the supernatural man himself, some Roblox slenders sport black clothing, such as trousers, and a long sleeve jacket, typically with a white top underneath. The original Slender Man is known for his black suit.

Alternatively, you could always dress your slender in bright colours – it makes quite the fashion statement, and you certainly stand out from the crowd.

The short answer is: we don’t know. It’s not uncommon in games where you create a character, for people to try and replicate famous figures, or other fictional beings. In this case, some players decided to pay homage to Slender Man, kickstarting a trend that has become fairly popular.

Eventually, YouTubers such as PinkAnt also got in on the action, showcasing their Roblox slenders in videos. Naturally, this brought further attention to the trend.

And there you have it, that’s everything you need to know about Roblox slenders. If you want to show off your slender new figure, check out our picks for the best Roblox games here.