Splatoon amiibo are a great way to show off your love for this zany Nintendo shooter, especially as we gear up for Splatoon 3. The game is full of strange creatures and lively characters, and while some of you may speed through spraying ink with abandon, others may fall in love with the wacky world and the creativity on show.

If you’re the latter, you probably want to further show off your fandom with some figurines. That’s where Splatoon amiibo come in – but they’re not just figurines, they can also get you in-game rewards with the NFC chip in their base. Just touch it against the right stick and get yourself some cool treats.

So, read on to find Callie and Marie, octolings, inklings, and many more Splatoon amiibo. And as we move towards the Splatoon 3 release date we’ll add any amiibo that pop up. Check out our Splatoon 3 soundtrack deep-dive, Splatoon 3 pre-order guide, or Splatoon 3 hairstyles guide to get ready for the big day. 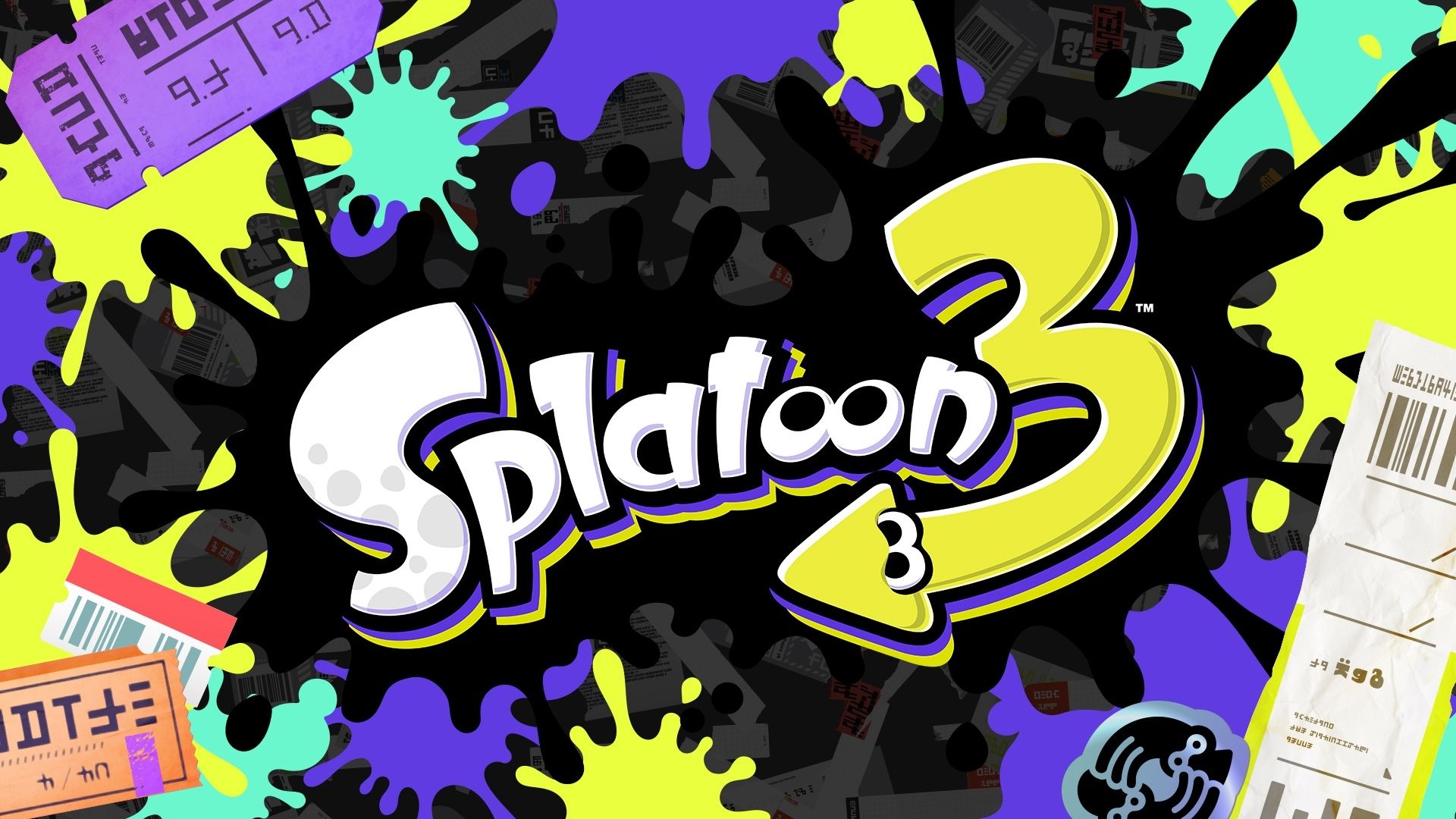 So far, Nintendo has not announced any Splatoon 3 amiibo, but there are bound to be some nearer to the release of the game. Be sure to bookmark this page and check back closer at the time as they’re bound to fly off the shelves as all amiibo do. 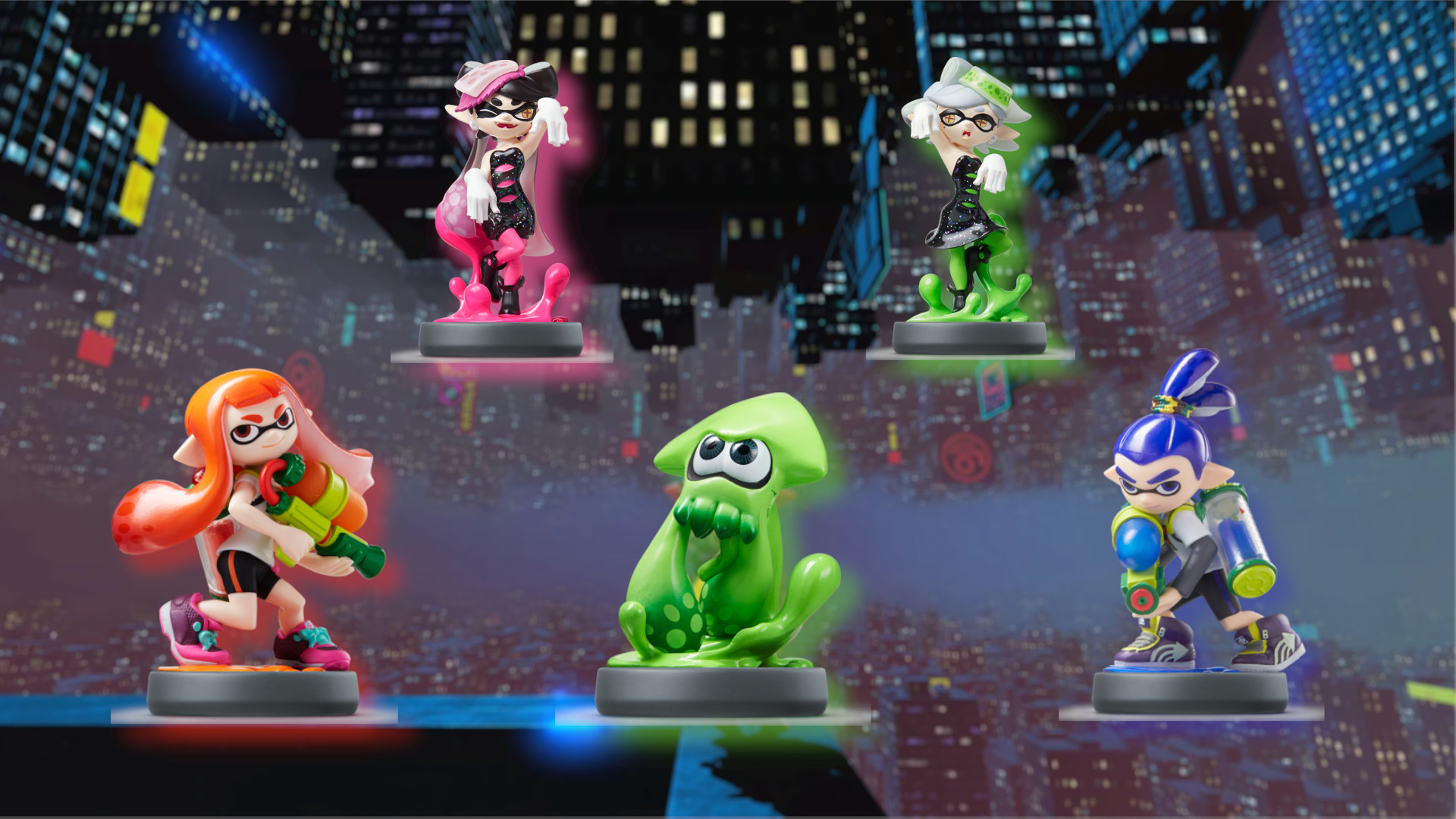 Inkling Girl is the classic generic Splatoon character – used in so many advertisements (and featured in Super Smash Bros.) – and can get you extra challenges in the first Splatoon game. Once you complete the challenges you can get the school gear set of clothing.

Playing second fiddle to the one above, Inkling Boy is the other generic Splatoon character. Once again, it can be used in the first game to unlock twenty different challenges, and once completed, you get the samurai gear set of clothing.

The third Splatoon amiibo, the Inkling Squid is just an inkling in squid form. You can use it in the first game to unlock twenty challenges, the completion of which nets you the power gear and hero shot replica.

The final Splatoon amiibo features Callie & Marie, the Inkopolis newscasters (and popstars). You can use it in the first game to unlock exclusive Squid Sisters concerts. 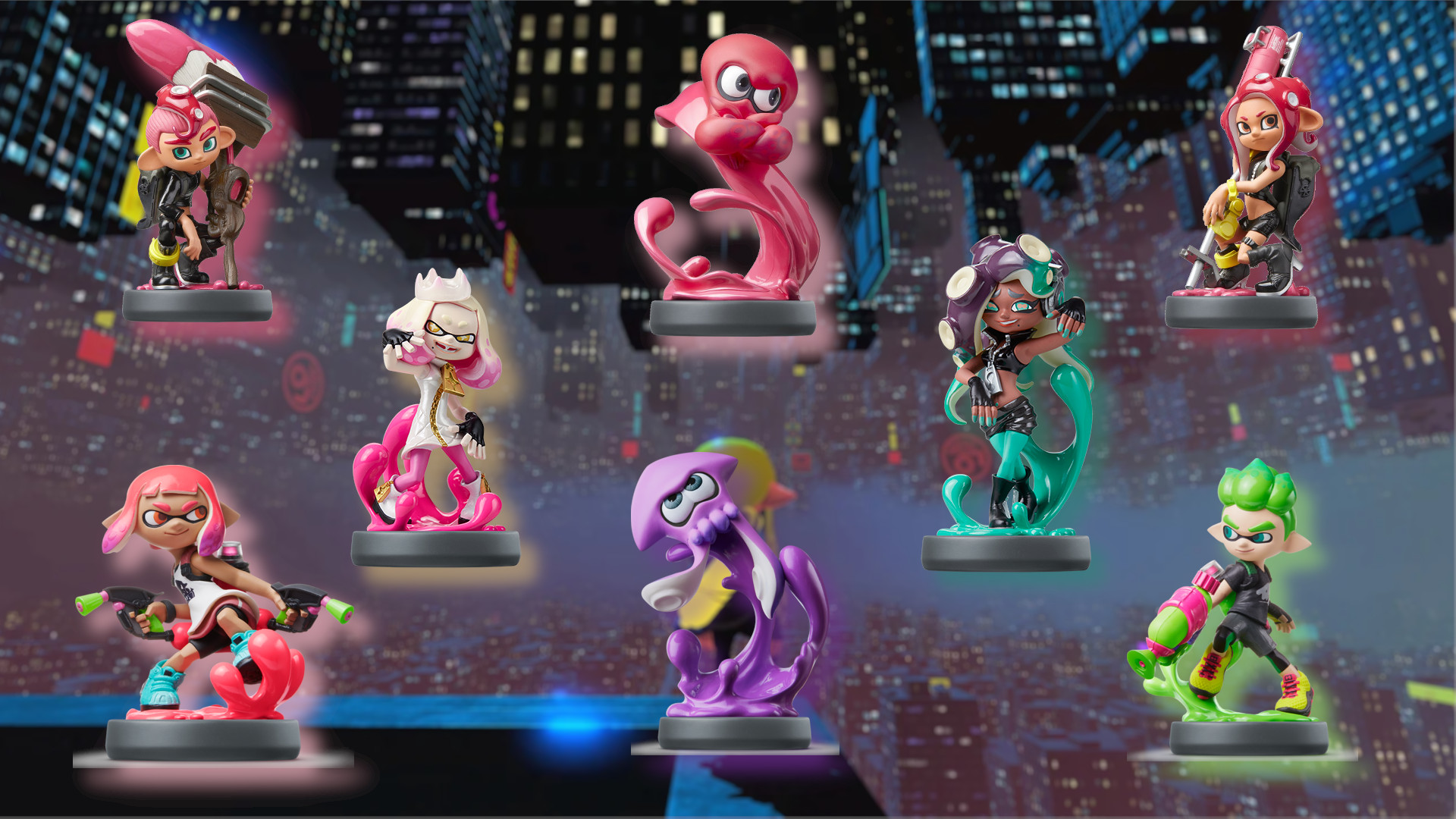 For Splatoon 2, Nintendo put out new Inkling amiibo with different poses and styles. The new Inkling Girl amiibo unlocks the squid clip-on, school cardigan, and fringed loafers after reaching certain milestones in-game. You can use the original Inkling Girl in Splatoon 2 to unlock the same items it does in the first game.

The Splatoon 2 Inkling Squid is purple this time instead of green, and unlocks the power gear Mk. I in the game. You can use the original Inkling Squid amiibo in Splatoon 2 to unlock the same items it does in the first game.

The successors to the Squid Sisters, Off the Hook is the idol duo of Pearl and Marina. Sold as a pair, Pearl unlocks the pearlescent gear set for your character, while Marina unlocks the marinated gear set. You can use the original idols, Callie and Marie, in Splatoon 2 to unlock the hero gear set and the armor replica gear set respectively.

Released for the Splatoon 2 Octo Expansion, the three Octoling amiibo are sold as a trio and separately. The Octoling Girl amiibo unlocks the enchanted gear set in-game.

The Octoling Boy amiibo unlocks the steel gear set in Splatoon 2. Unlike the other amiibo trios, all the Octoling amiibo share the same ink color (hair color).

The Octoling Octopus amiibo unlocks the fresh fish gear set in Splatoon 2. The Octolings are similar to Inklings but stem from the Octarians (the big enemy octopus creatures ruled by DJ Octavio). While, when playable, they’re the same as Inklings, they have different hairstyles. 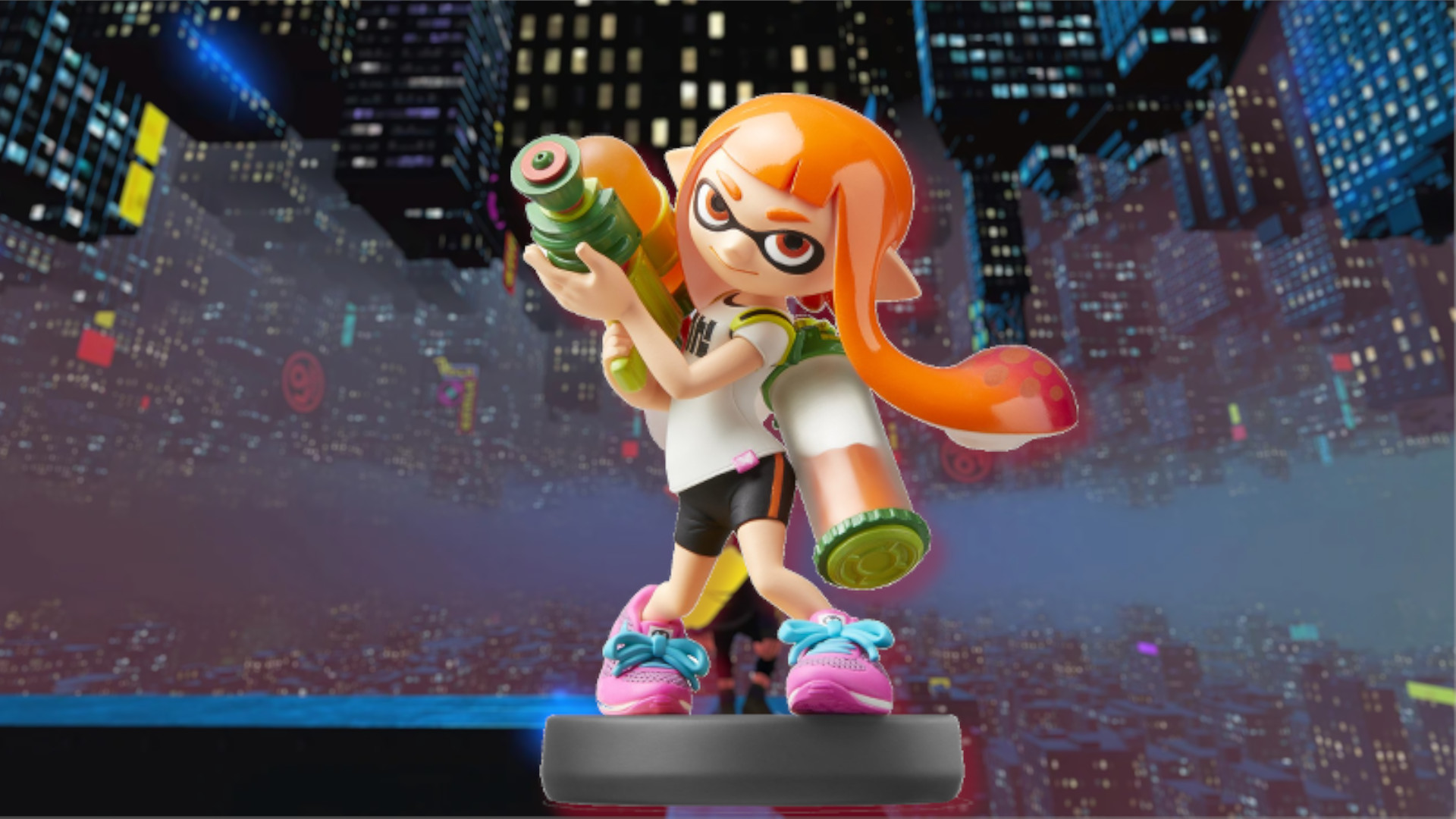 There’s also an Inkling amiibo for Super Smash Bros. Ultimate, featuring the Inkling girl with orange hair in a different pose. You can use it in-game to unlock the same clothing as the standard Inkling girl amiibo.

That’s all the Splatoon amiibo available. We’ll probably get new idol amiibo with the next game, so check out our Splatoon 3 idols page to see who we think could replace Off the Hook.