There’s a long and bountiful line of city-building games throughout the history of videogames. The original SimCity was a huge success, and since then, simulation elements from that game have filtered through into so many different genres. As a result, they are a vital part of the things we love.

So, what if you wanted to build a metropolis on the go? Well, there are a decent handful of city-building games on Switch and mobile. While it’s a genre usually best suited for a mouse and keyboard, some clever design changes have made the genre very successful, both with a controller and a touch screen.

So, what are you waiting for? Go get ready for your urban design degree. If you’re looking for more recommendations, check out our list of the best games like Civilization on Switch and mobile to help you get that next simulation fix. We’ve also got a guide to the best racing games on mobile if you’re after a different sort of sim.

City-building games on Switch and mobile 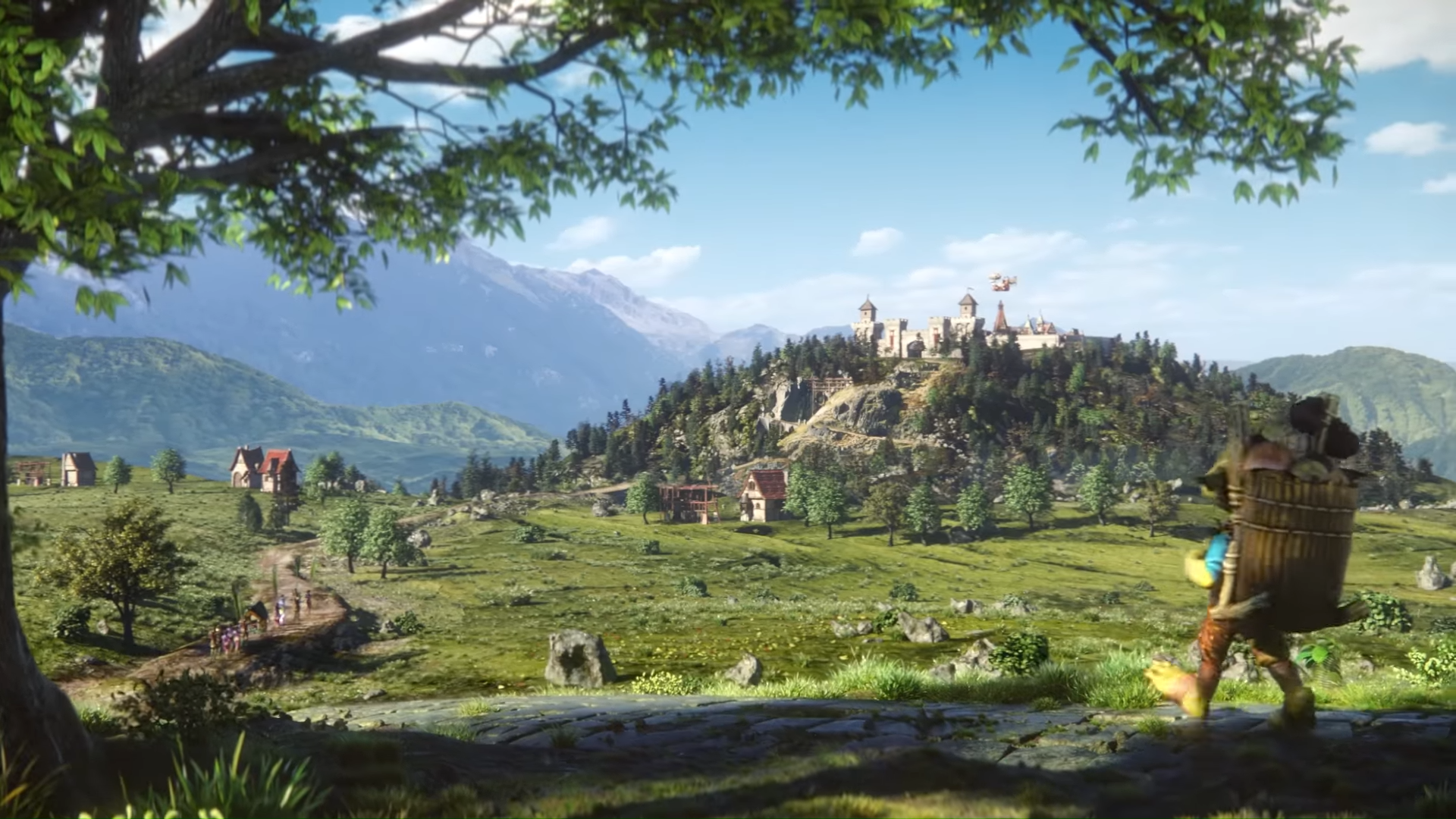 While there’s a lot of fun to be had in creating a modern masterpiece, with skyscrapers, airports, and the many other features of a 21st century city, building an historic fantasy city is a whole other beast, and one that provides a very special kind of satisfaction. Enter: Elvenar.

Elvenar is a free-to-play game that is all about developing your own civilisation, building cities in more and more locations, and ultimately gathering as many resources as you can to expand further and to complete quests and progress in the story. The distinctive Elvenar architecture looks so satisfying when you get to see rows and rows of your constructions. 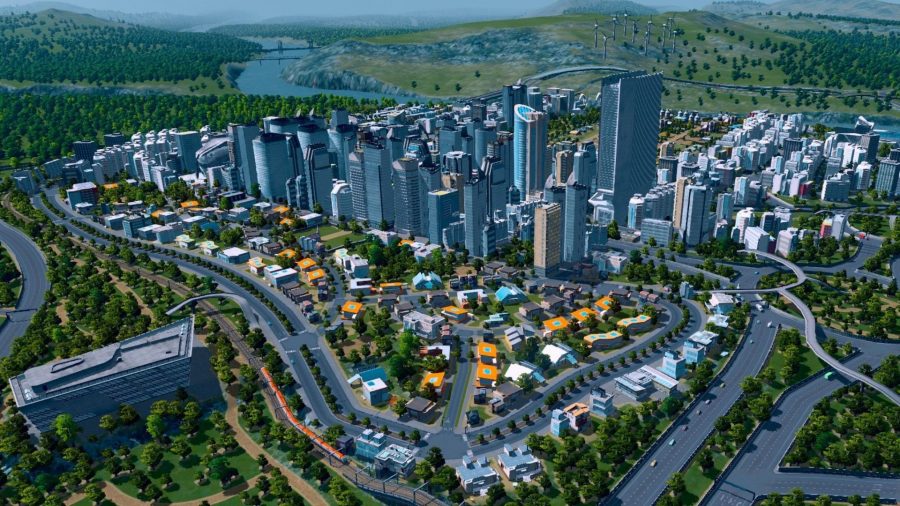 When Cities: Skylines came out in 2015, it came a few short years after a revamped SimCity from EA. While the latter disappointed many, the former was a hit. Bringing back everything people loved about the classic city-builders of yore at the same time as having gorgeous visuals and a variety of layered mechanics, Cities: Skylines is now the de facto king of city-builders. Admittedly, it can be a little ropey on Switch, but it’s good enough if you want it on the go. 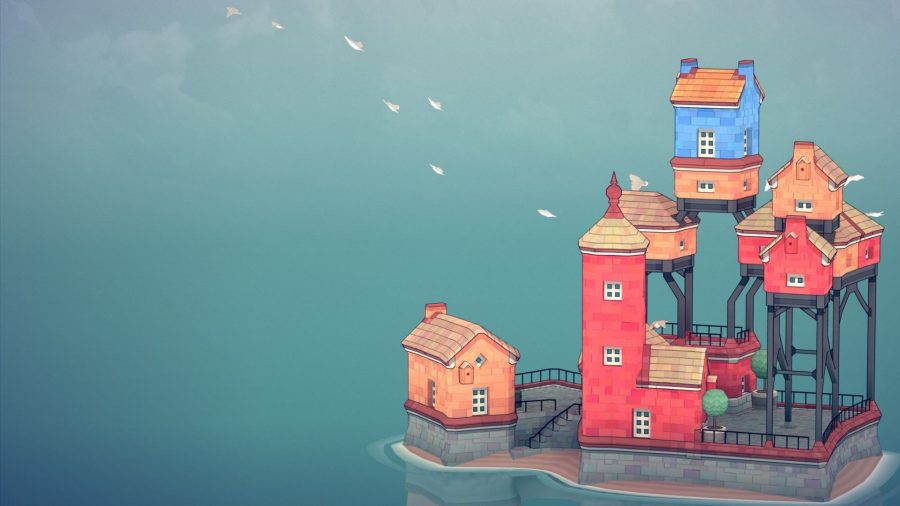 Last year, a wonderfully tranquil city-builder came out called Townscaper. In our Townscaper review, we called it “a tincture of pure tranquillity”, with its combination of a gorgeous colourful art style and peaceful sound design. While some city-builders can overwhelm you with so many mechanics that it feels like spinning plates, Townscaper focused on the more peaceful aspects, creating a sense of calm flow as your city becomes grander and grander. 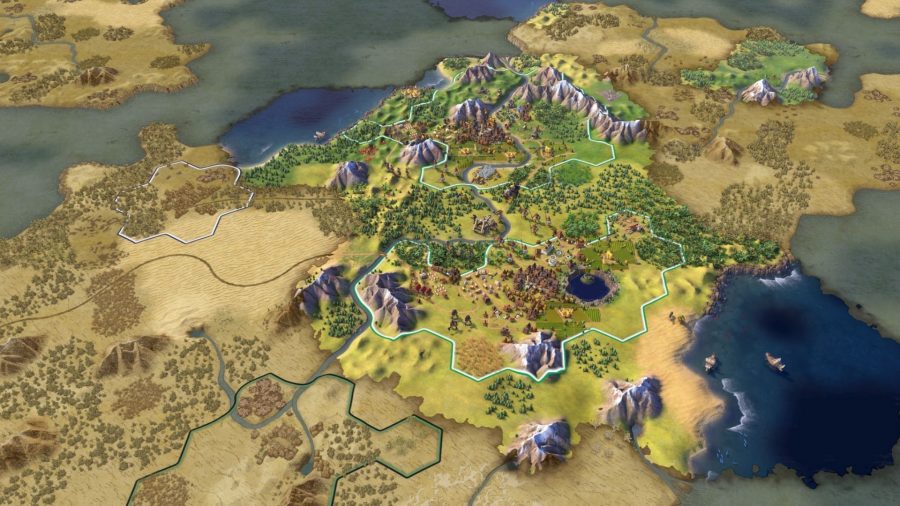 While not a traditional city-builder, Civilization VI definitely has you building cities. The difference is that Civ does it on a macro level, rather than getting busy with the minutiae. You lead an empire, from 4000 BC all the way to the future, settling cities and attempting to conquer the world, whether through domination, diplomacy, science, culture, or religion. I’m kinda cheating by putting it on this list, but considering I’ve played at least a thousand hours, I can promise it’s very, very good. 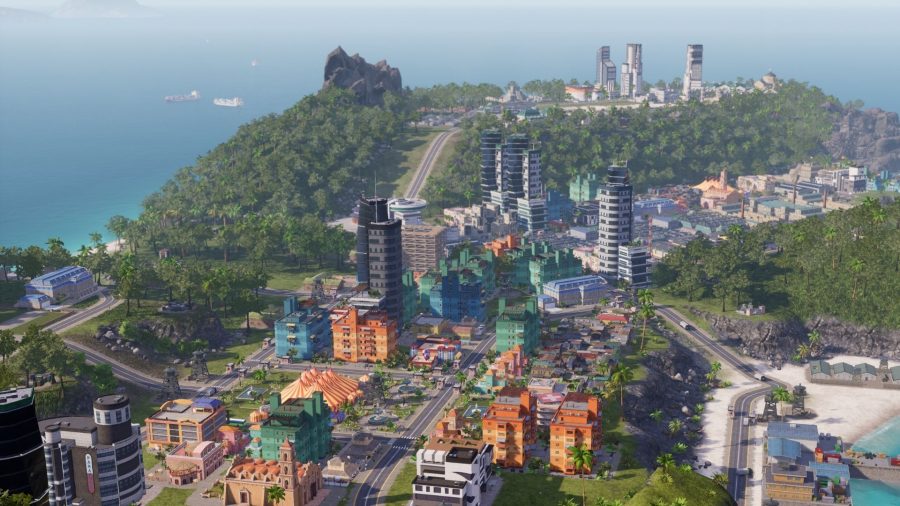 Tropico 6 puts you in the shoes of a dictator of a serene, South American country. How will you rule? Through staunchly scaring your citizens at every turn, or nurturing them? Either way, you need to improve your city with buildings, farming, amenities, and so on. This is another example of a big simulation title that doesn’t work best on Switch, but it’s playable enough if it sounds like something you’re after. 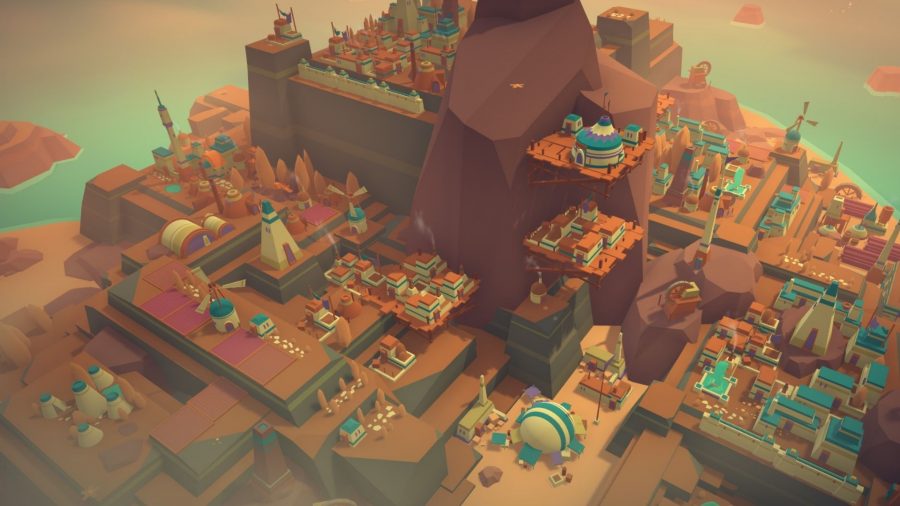 Islanders is another city-builder that lives in the ‘chill’ category. It has a gorgeous art style, all procedurally generated, allowing for huge amounts of replayability. It can be a bit straightforward, but if that’s what you’re looking for, this chill, cute, and great value city-builder is probably the one for you. 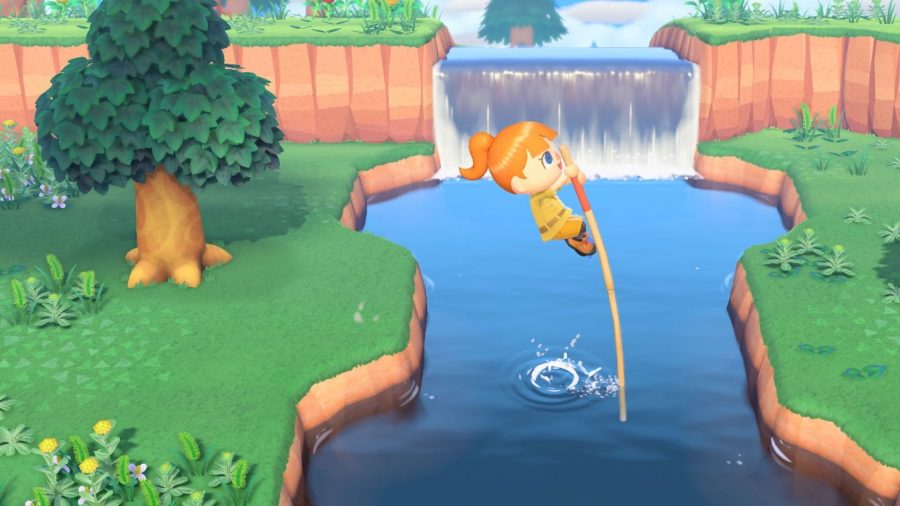 Another bit of a cheat this – Animal Crossing: New Horizons is a must-play for any Nintendo fan. It tasks you with camping out on an island, making friends, crafting materials, and building the island from scratch. You get numerous shops, a town hall, and eventually, can customise every inch of the island to tailor it to your liking. It’s a different sort of city-builder, with more of a focus on characters, but it’s great nonetheless. 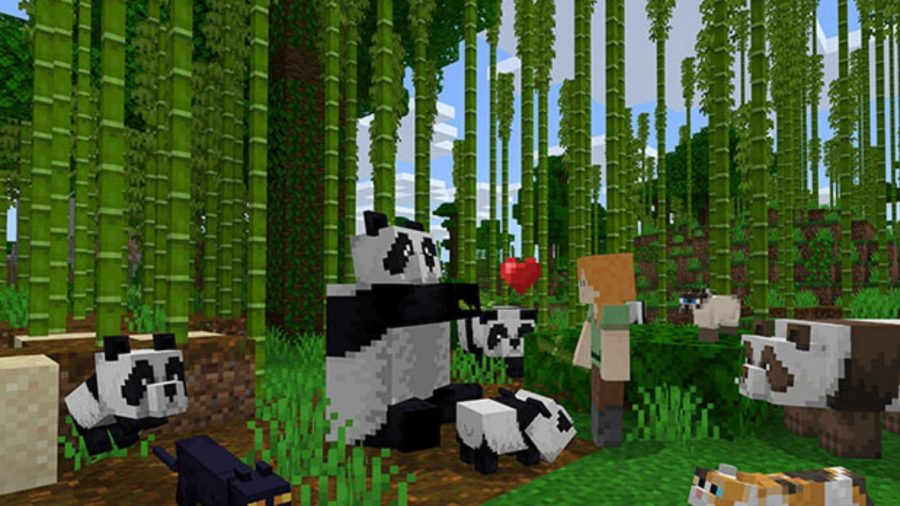 If you haven’t played Minecraft, you probably should. The game is one of the biggest things on the earth, and while there are lots of different things you can do, the core of the game is building. While you can only build a block at a time, the creations people have made are breathtaking. It’s virtual Lego, with a million more opportunities for invention. Everyone should give it a go at least once. 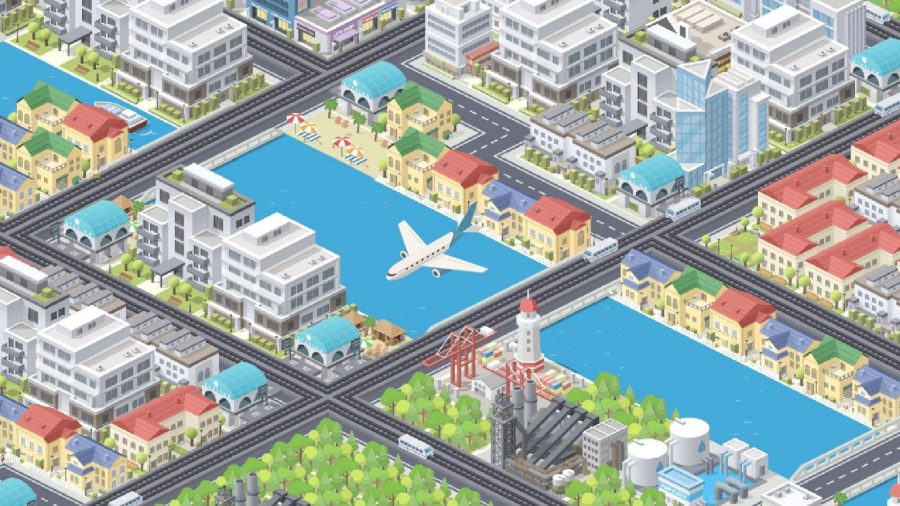 Pocket City is a classic city-builder tailored for mobile phones. Released in 2018, the game has you play as the mayor of a city, building residential, commercial, and industrial zones, controlling traffic and public transportation, sprucing up the city with parks and amenities, and then eventually throwing you a curveball with natural disasters. It is classic through and through, and perfect for your mobile phone.

That’s all the best city-builders you can play on the go. We’ve also got a guide to the best games like Age of Empires if you’re up for a simulation with a bit more blood involved.