Why would you want to know the best spy games for Switch and mobile? Maybe to live the espionage dream, have the vicarious pleasure of acting like smooth secret agent James Bond (though without all the misogyny), and occasionally just because firing virtual guns feels pretty great.

While series like Metal Gear Solid and several 007 games haven’t made the jump to Switch yet, there and plenty of other fantastic ways to get sleuthing around the place, and we’re going to break them all down in our guide to the best spy games for Switch and mobile.

From Hitman to Sniper Elite, and plenty more, there’s a fantastic range of spy-quality titles just waiting for you. So grab your silencer, forge a fake passport, and hop on the next plane… you’ve got a mission to complete. If you want even more great stuff like this, be sure to check out our guide to the best Switch stealth games next.

Let’s sneak straight into our guide to the best spy games for Switch and mobile. 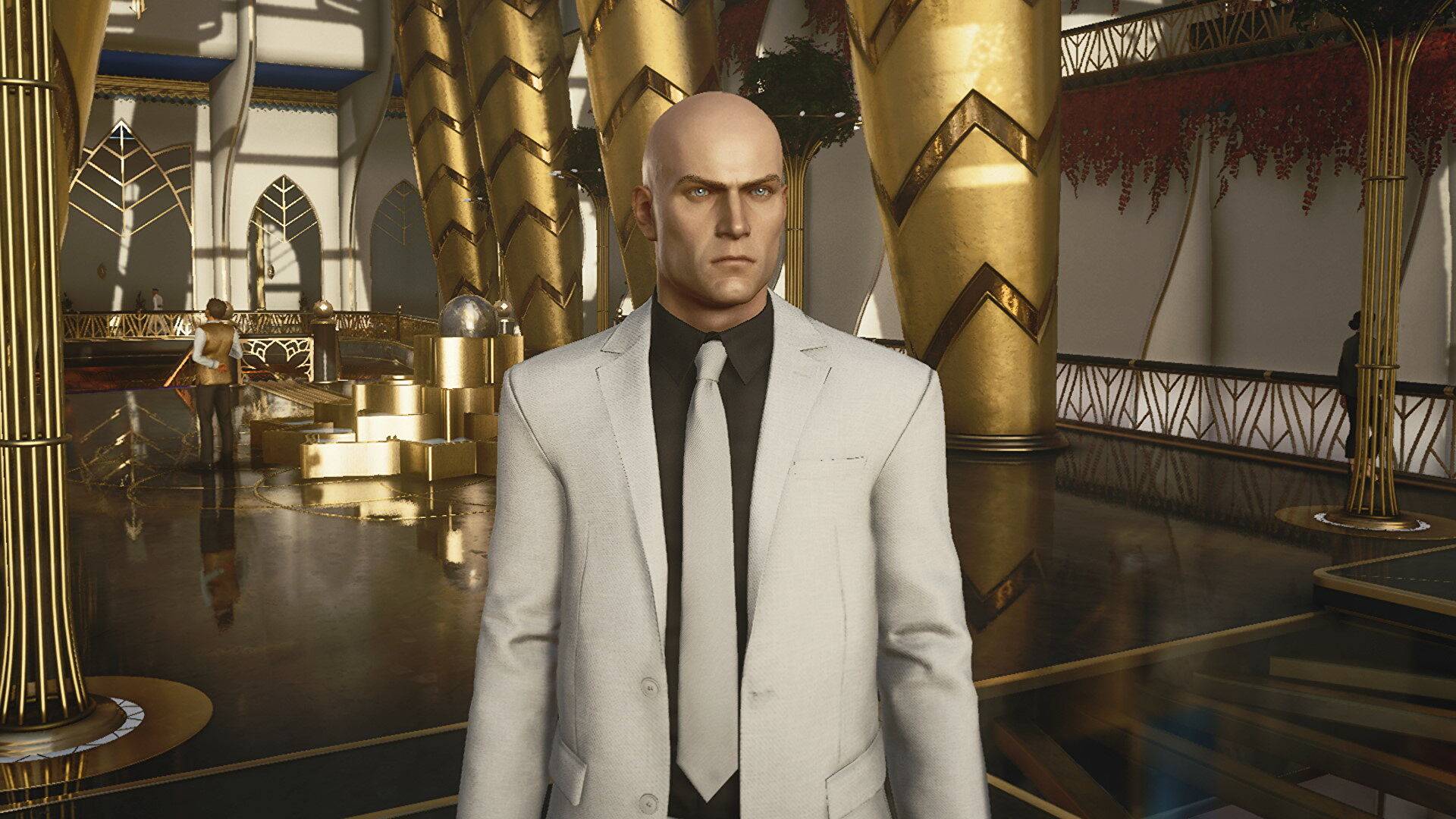 Before we continue with this recommendation, be warned that this is the cloud version. To play this title with a stable framerate you need a cracking internet connection, and even then issues can happen. Also you don’t own the game, you rent it.

Anyway, Hitman 3 is a fantastic title, a culmination of everything IO Interactive has learned over the franchise’s history, and with stunning new locales to explore. It’s one of the best sandboxes you can hope to explore, with almost every eventuality seemingly thought of and planned out. Kill enemies with anything you can find, steal outfits from any stranger, and just try to make it out alive. Take a look at our Hitman 3 Switch review right here. 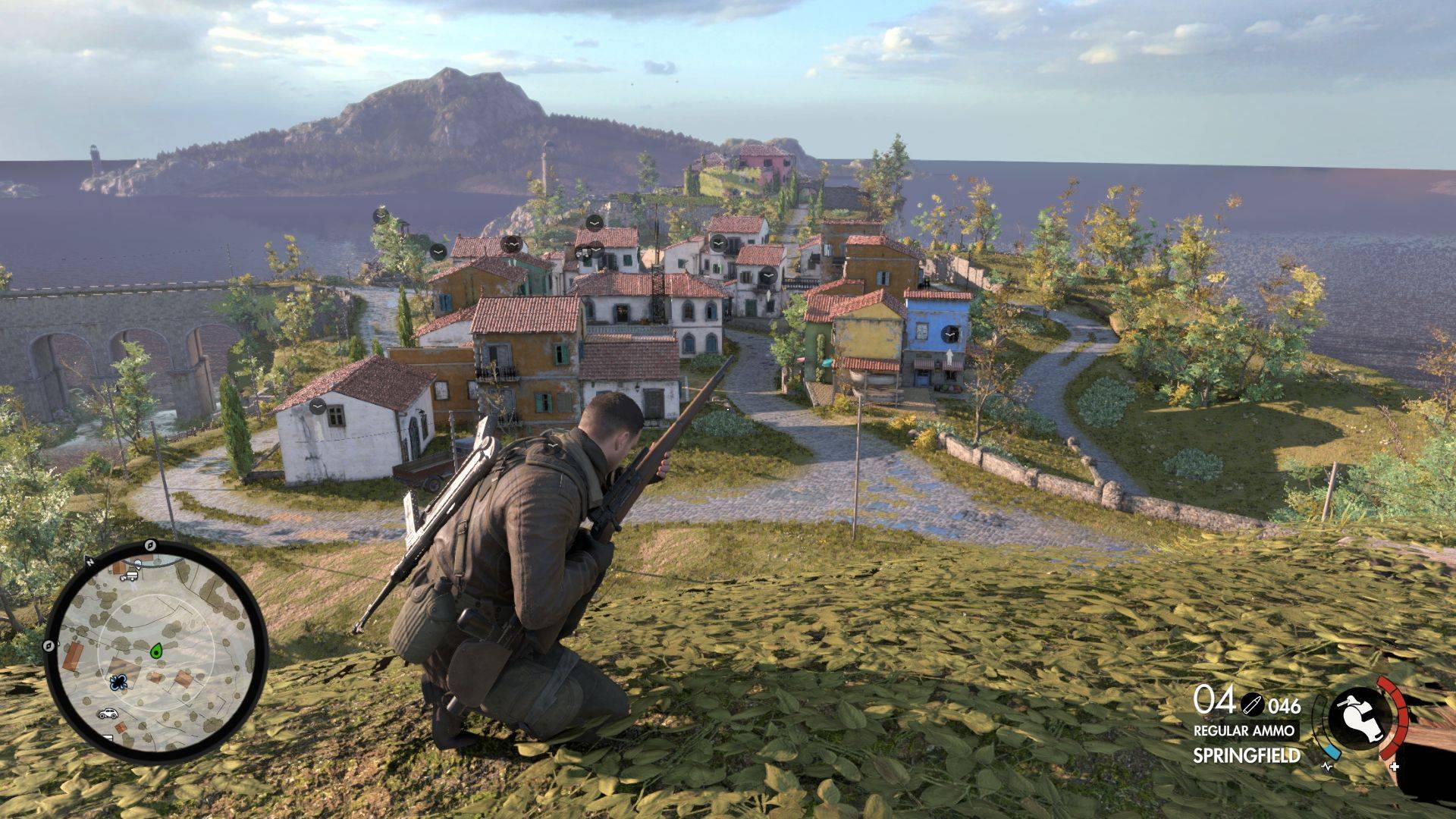 If the main thing you want to do is sneak behind enemy lines and shoot bad guys, the Sniper Elite series is absolutely perfect. Based in different historical eras such as WW2, these titles focus almost on problem-solving, where you and your trusty sniper are thrown in at the deep end, and must use your brain and your aim to get out alive.

The Switch ports of both entries are really impressive both visually and in terms of performance, plus you have the option to use motion controls for a little bit of extra precision. The kill cam when you successfully obliterate a Nazi’s skull with a sniper round is also possibly the most satisfying thing in the world. Maybe not for kids though. 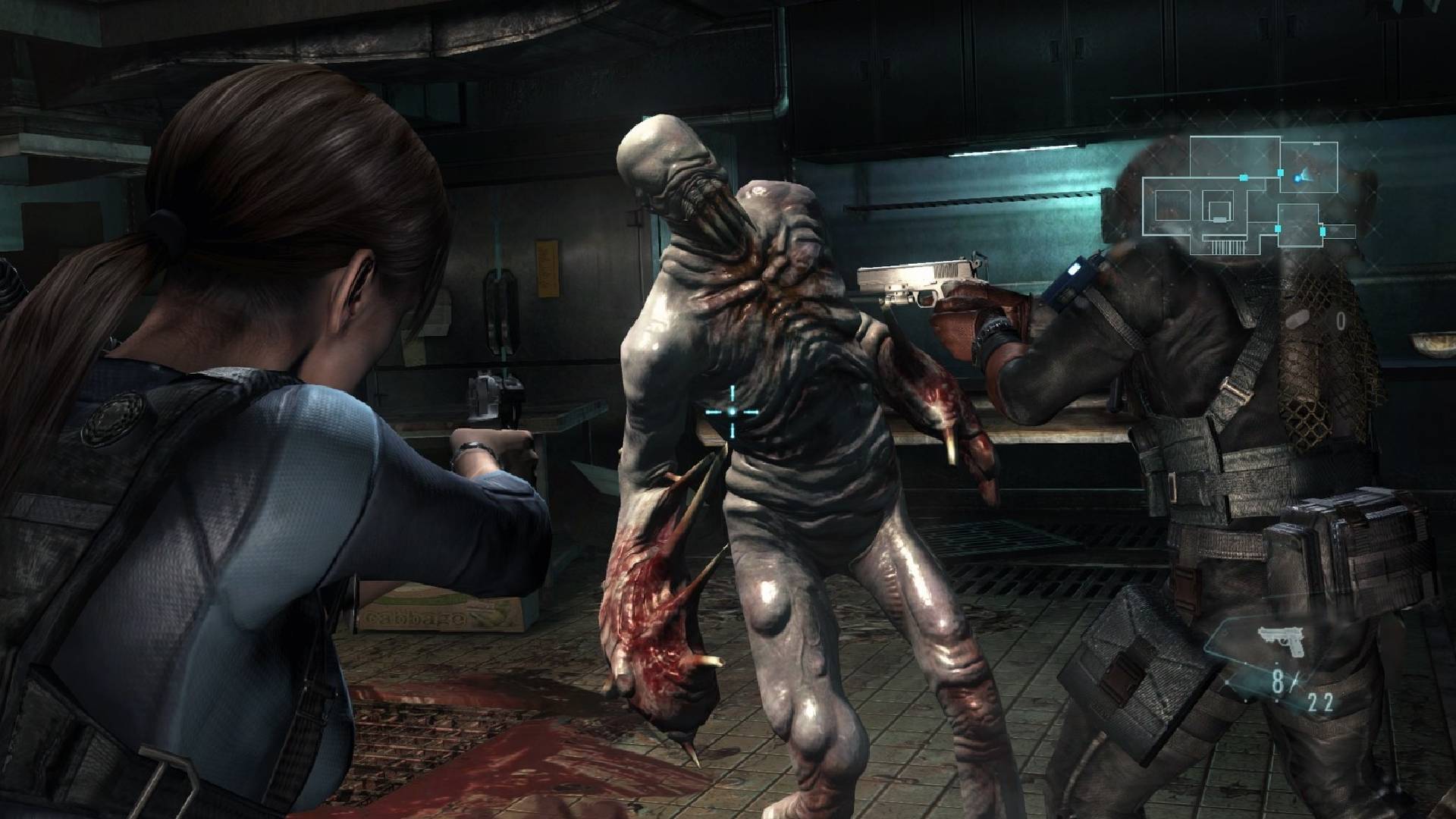 Alright, we’re already stretching definitions here, but when trying to think of great action games that also involve a bit of sneaking around and problem-solving, these two titles are worth a look. Face off against hordes of zombies in these thrilling horror titles, that feature gorgeous visuals, a few atmospheric spooky settings, and some seriously cheesy dialogue. Both also feature fantastic co-operative online modes, and once again some fantastic motion controls so you can decimate zombie craniums with extra precision. 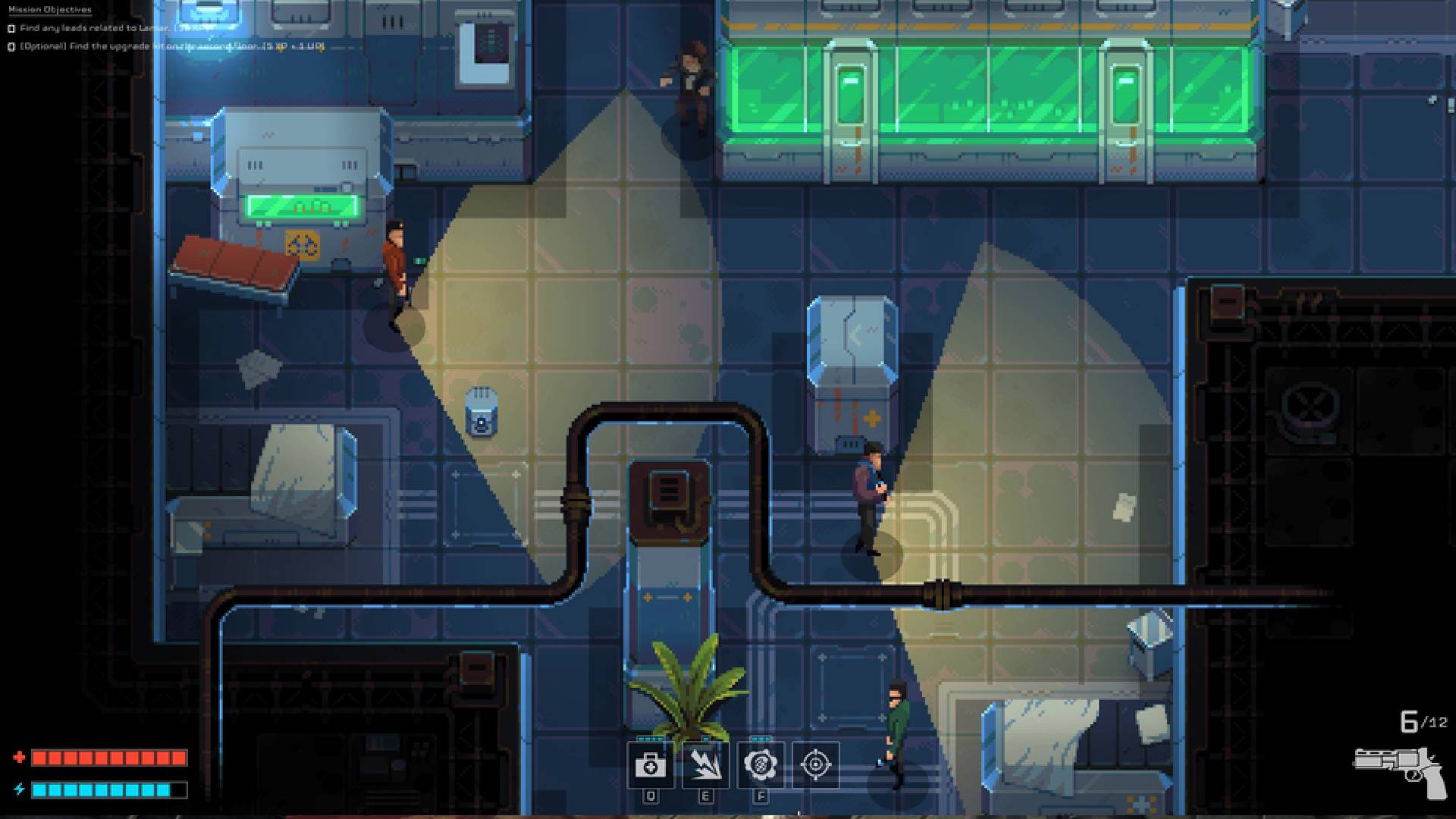 Don’t let the word cyberpunk put you off this top-down pixelated stealth action title, as it’s a great little game and a fantastic first effort from a small team. It’s a little bit like a miniature Metal Gear Solid, with cracking stealth-action gameplay, and a story where your choices have actual consequences. Choose from one of three playable characters as you make your way through this cyberpunk world, each with its own distinct abilities and cybernetic upgrades. 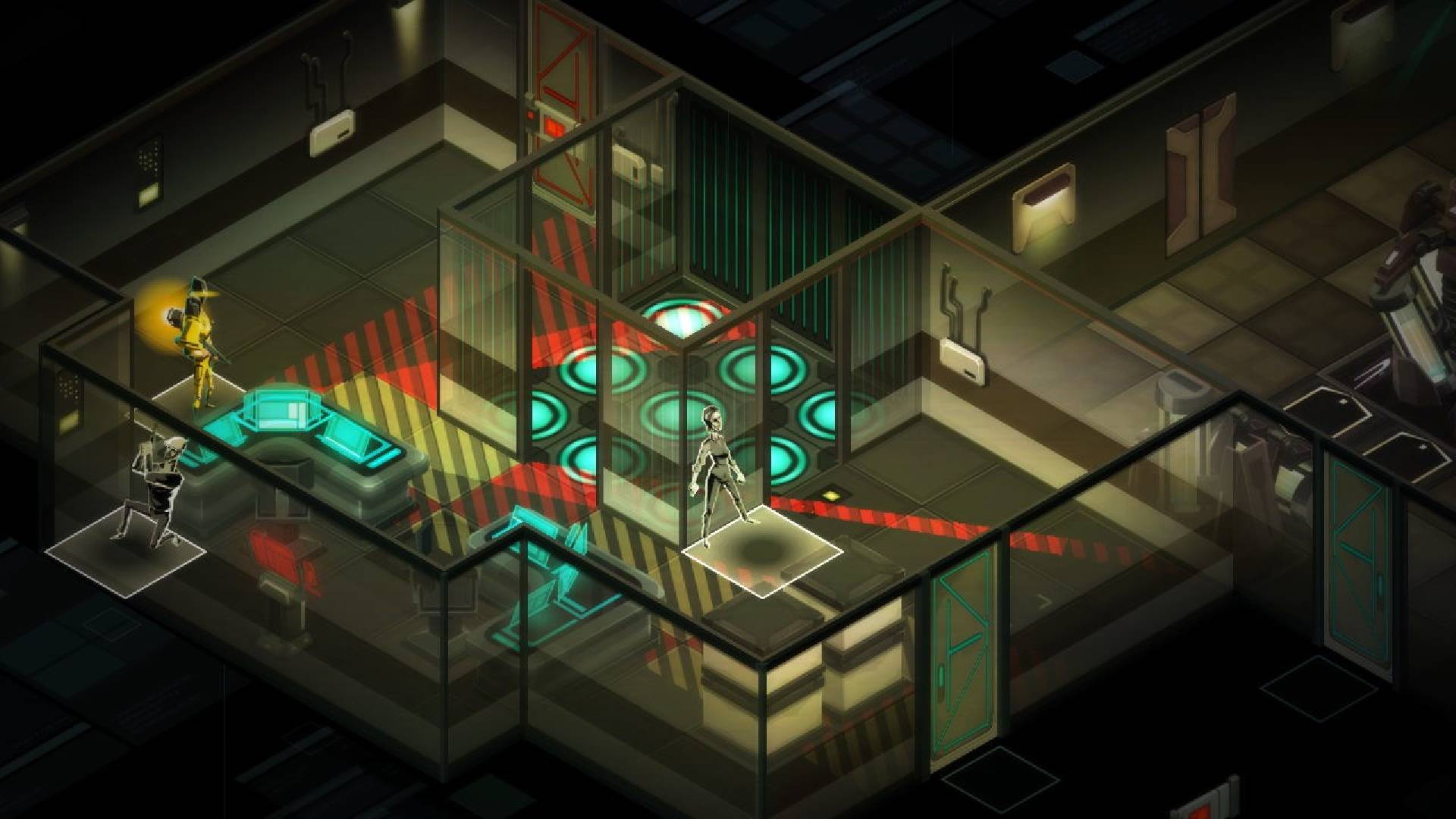 Critically lauded and available on pretty much any platform you can dream of, Invisible, Inc is a stealth action game mixed with turn-based strategy, as you play as one of several different agents and must infiltrate and obliterate the world’s most dangerous corporations. Its addictive gameplay loop is backed up with fantastic customization, so you can curate your build around your playstyle, and what’s best for each mission. 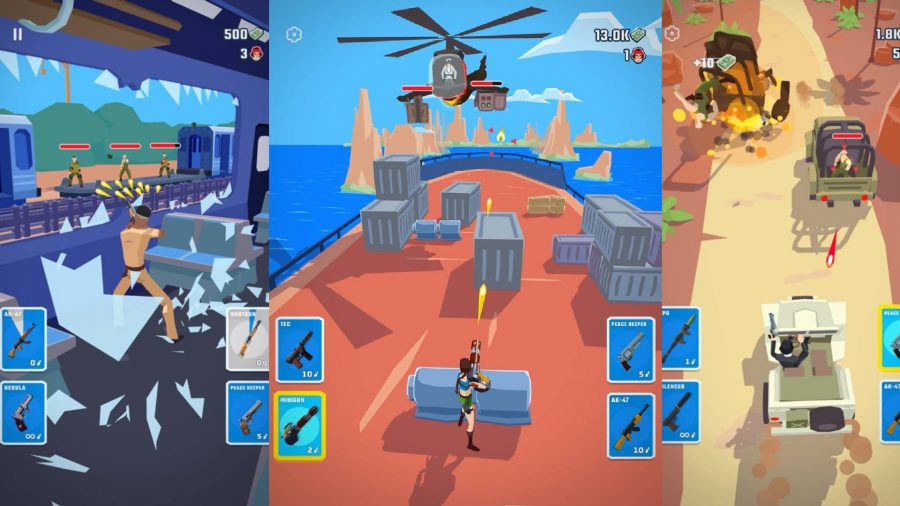 A great compact experience that blends over the shoulder action with some impressive set pieces, this is a fantastic choice on mobile for its pick-up-and-play nature. We love the colorful art style, and the control scheme feels great as well. If you want to play a quick spy action title and only have a few minutes to spare, this is a fantastic option to get a quick fix of action-packed fun. Download it for iOS gold at the Google Play store now.

That’s it for now folks, we’re going back to read Ian Fleming and making ‘pew pew’ noises with our fingers, but we’ll be back with even more of the best spy games for Switch and mobile in the future. If you want to sleuth out even more fantastic Switch games today, be sure to check out our bumper guide to the very best Switch games and grab a classic right now.