Warhammer is an amazing thing. It started life in 1987 as a free miniature tabletop game intended to attract new customers. Now, it has spawned numerous spin-off tabletop games, loads of videogames, and a dedicated and widespread fanbase. From its humble beginnings, Warhammer 40,000 has now climbed the ranks to become a globally loved creation.

Because of this success, there are a lot of Warhammer games to choose from. With a huge variety of real-time strategy titles, first-person shooters, role-playing games, and many more out there, it can be tough to know where to start. That’s where we come in, as this guide intends to help you find the best portable picks for your phone or Switch.

Go on then, head downstairs (article-wise) and find some top-tier Warhammer bangers. If you’re looking for more, check out our guide to the best games like Age of Empires, or the best games like Civilization, to find some deep and engrossing strategy titles to sink hundreds of hours into.

Warhammer games on Switch and mobile 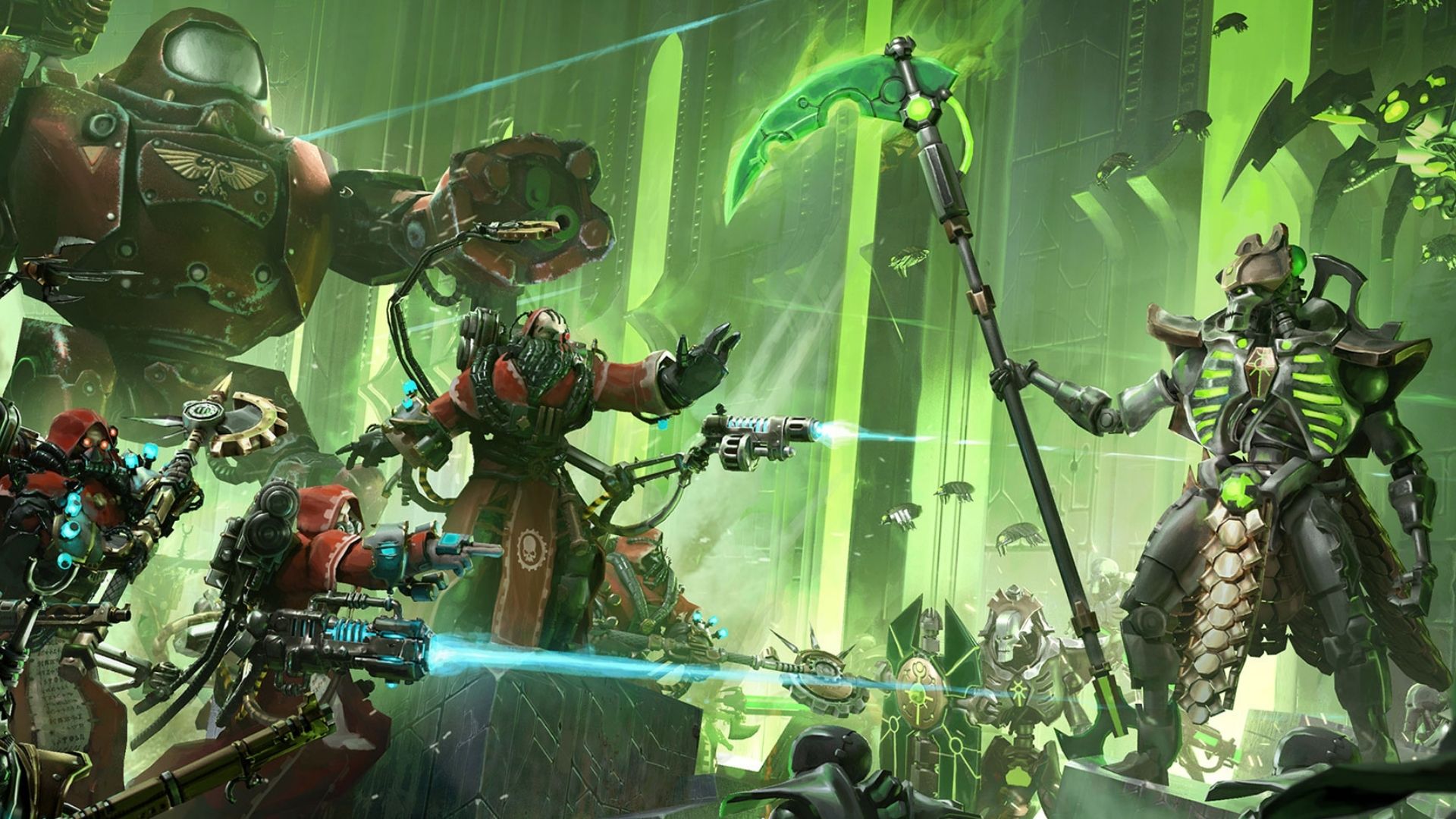 Warhammer 40,000: Mechanicus is a beautiful fusion of turn-based tactics gameplay akin to XCOM, with hefty heaps of world-building and customisation. There are over 50 missions to get into, tasking you with commanding the Adeptus Mechanicus through an expedition on the planet Silva Tenebris. Tough decisions, character upgrades, and an expansive story make it a must-play for any Warhammer fan. We’ve also got a Warhammer 40k: Mechanicus iPad review if you want all the details. 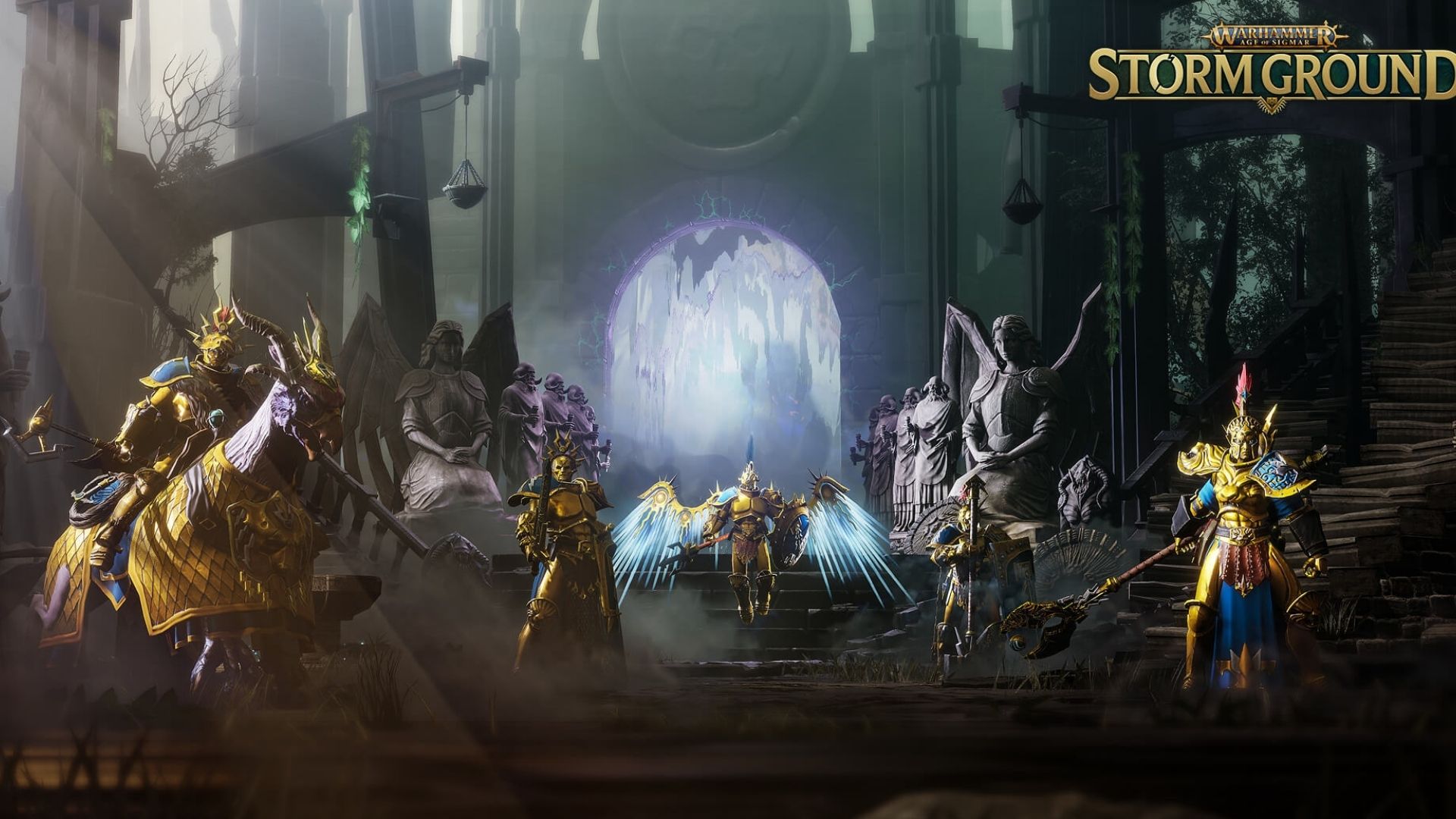 The biggest mouthful on a list of ridiculously long-named games, Warhammer Age of Sigmar: Storm Ground is a bit of a Frankenstein’s monster. With a hexagonal map, turn-based battles, non-linear structure, and roguelite elements, it can be hard to accurately define. I think it’s easiest to say it’s like a turn-based Diablo, but that’s still not quite right. If you’re intrigued in any way, our friends over at PCGamesN have a Warhammer Age of Sigmar: Storm Ground review which should help you get a better grasp of what the game actually is. 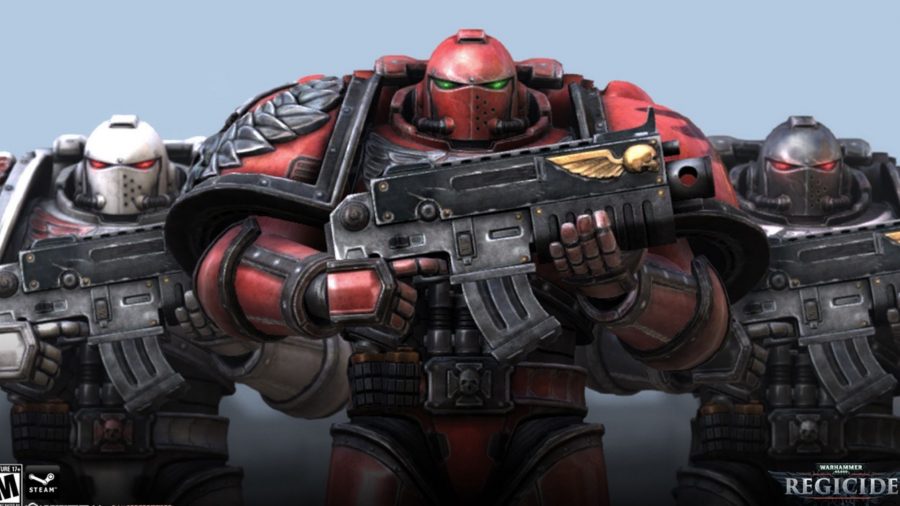 Warhammer 40,000: Regicide takes on the ancient pastime of chess, but reinvents it to fit within the Warhammer universe. There are two ways to play: Classic or Regicide. The former is, well, just chess, but with Warhammer characters. The latter, however, is where the fun is, bringing in different elements such as combat phases and abilities. It’s an excellent way to pass some time on a commute. 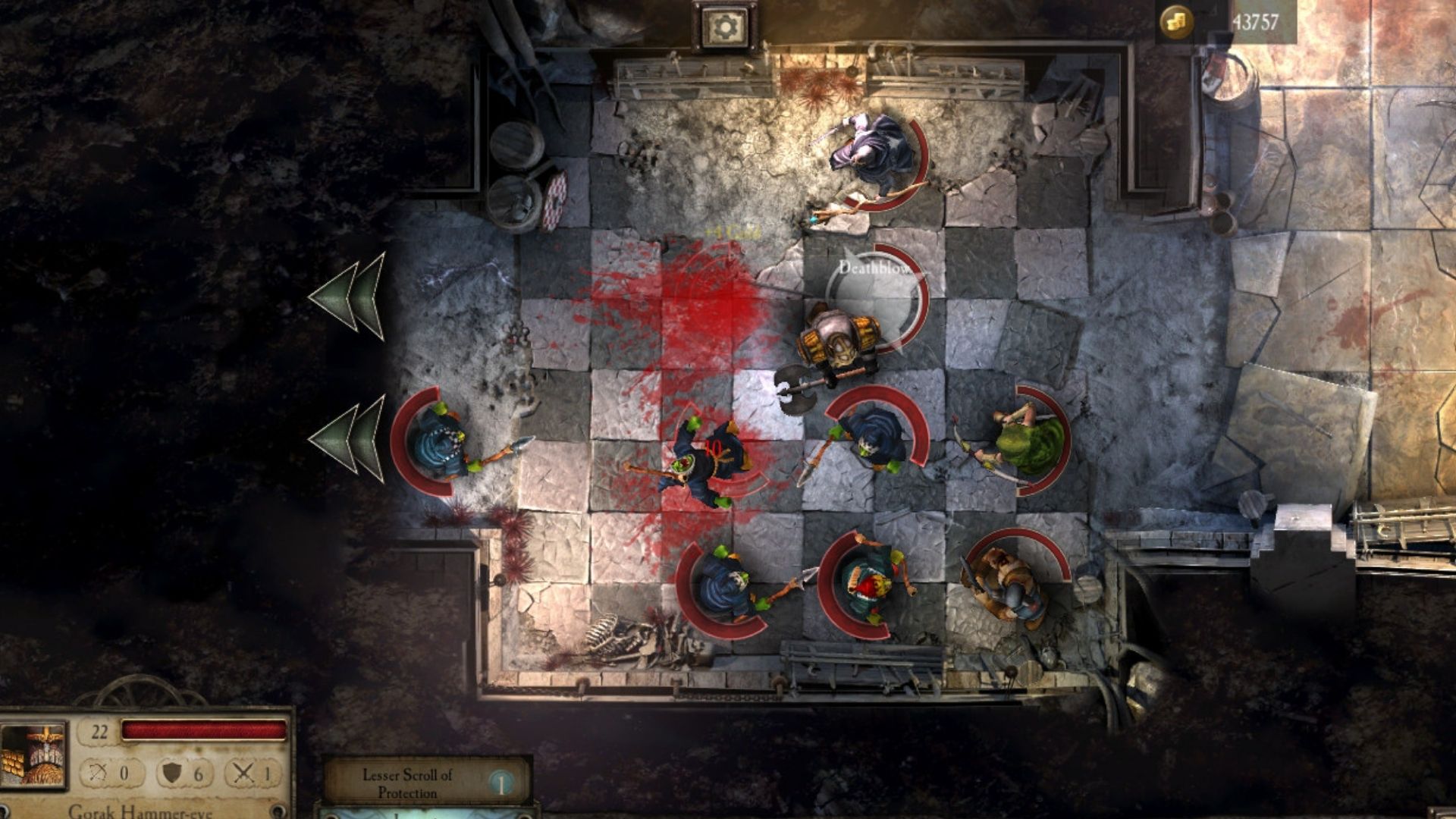 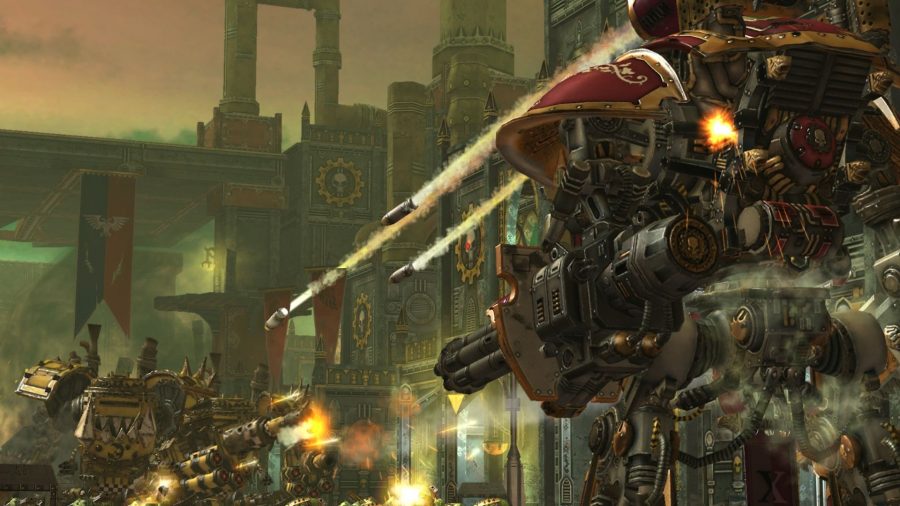 The Warhammer version of a mech game, Warhammer 40,000: Freeblade puts you in charge of an Imperial Knight for some action-packed, shooting fun. There are cannons, missiles, thermal blasts, and more at your fingertips, which you can use to destroy enemies and crumble your surroundings. From there you can forge items, compete in events, as well as upgrade and customise your mechs. 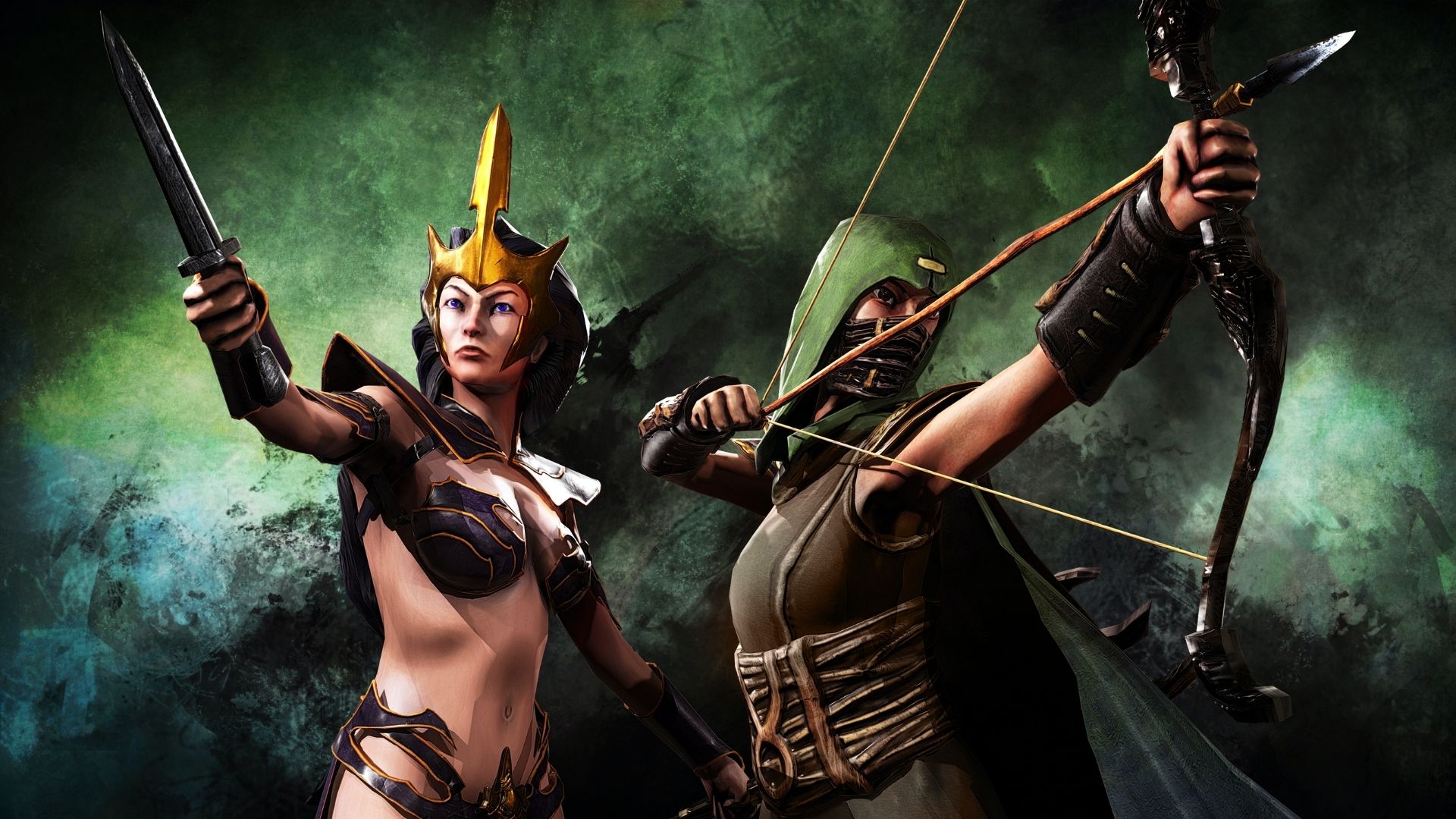 The second videogame recreation of the original 1995 Warhammer Quest tabletop game, Warhammer Quest 2: The End Times adds more enemies and dungeons for you to get stuck into. There’s melee, ranged, and magical combat in this tactical top-down adventure, taking you through three different regions in an expensive campaign. You can also barter in towns or pick up new quests from the locals, making this a holistic role-playing experience. 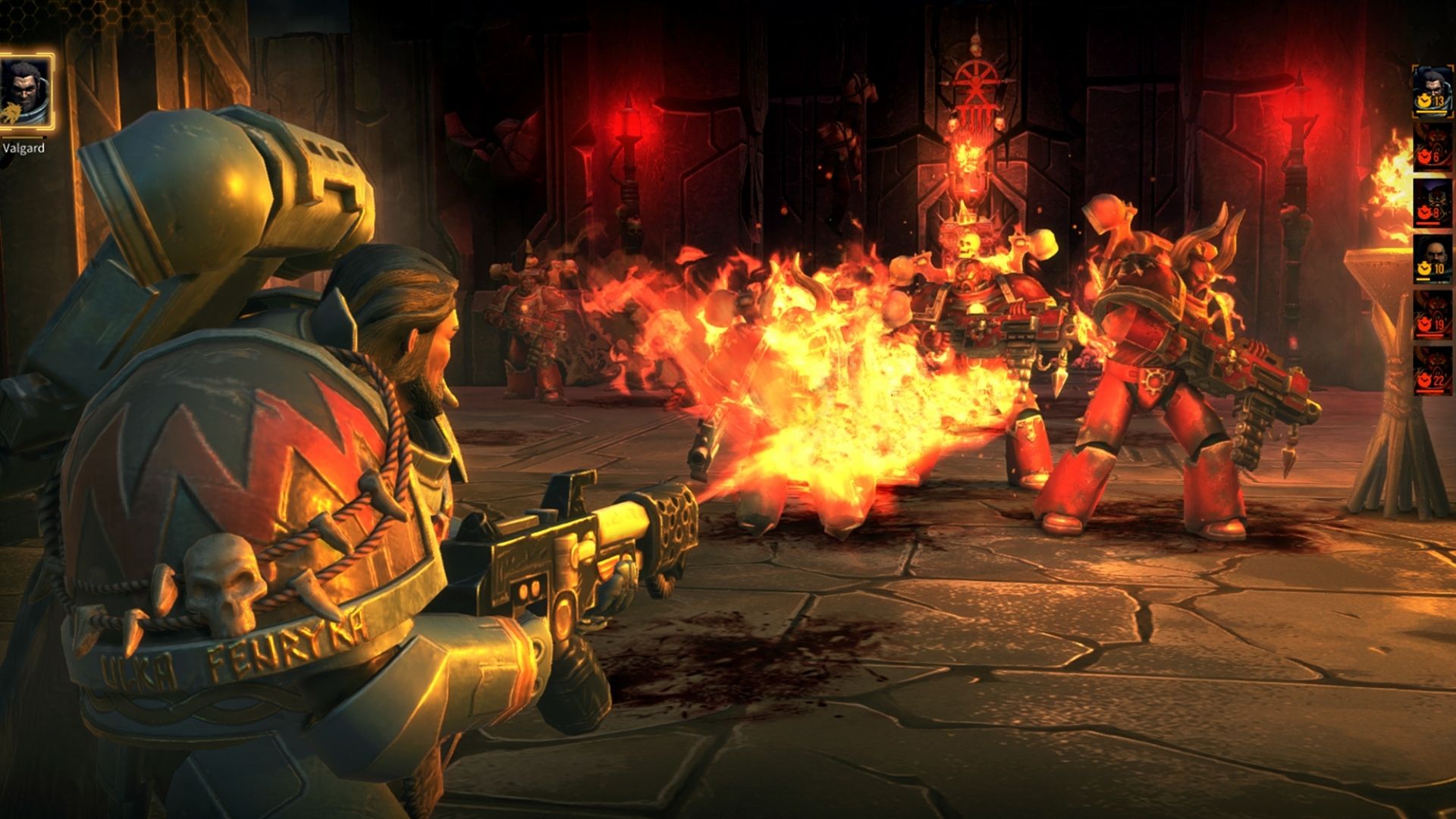 Warhammer 40,000: Space Wolf is the perfect pick for any fans of card-battlers and Warhammer. You find yourself in the shoes of the Space Marines, with a deck of cards that control your attacks and movement in combat, as well as a selection of cards for equipment and skills. As you engage in battle you gain more cards and skills, build new decks, and get deeper and deeper into the dramatic storyline.

That’s that, then – all the Warhammer games you should give a go on the go. If you fancy some different fantasy madness, check out our Xenoblade Chronicles 3 release date guide to get the lowdown on this year’s big JRPG.