From the Squirtle Squad to Ash’s famous Greninja, water Pokémon have always played a pivotal role in the series. It’s no different in the games either, with some of the most popular and potent Pokémon being denizens of the oceans, rivers, and lakes, with their unlocked potential waiting to unleash precipitous power on the level of Davy Jones’ locker.

Our comprehensive list of the best water Pokemon in Pokémon Go has everything you need to ride a tidal wave of wins as you battle gym leaders, take on raids, and more in Niantic’s AR title. Of course, with water-types accounting for one-in-three starter Pokémon from every generation to date, and with no shortage of legendary water-types either, there’s a lot of competition for spaces on this list, and only the best make it home and dry.

For more guides to help you on your quest to be the best there ever was, be sure to check out Pokémon Go codes, Pokémon Go raid schedule, and our Pokémon Go type chart. Or, if you’ve already had your fill of finding Pokémon out in the wild, find something new instead with our picks for the best games like Pokémon Go. 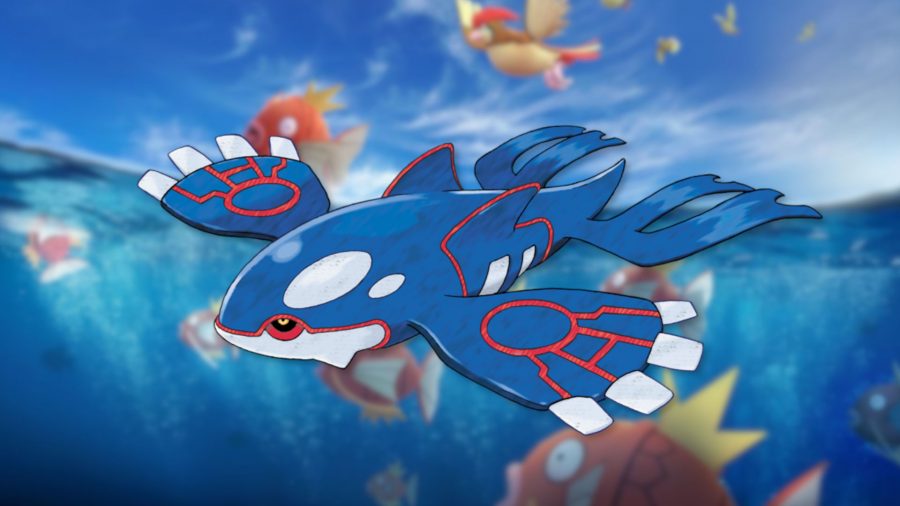 One of the cover stars and unforgettable legendary Pokémon of generation three, Kyogre is an absolute beast of a water-type, both in the main series and in Go. With the highest attacking stat of any water Pokémon in Niantic’s AR title, and with reliable HP bulk to boot, it’s no surprise that Kyogre makes the top of our list, as it does on many others. For pure water types, Kyorge is still the outright ruler of the ocean. 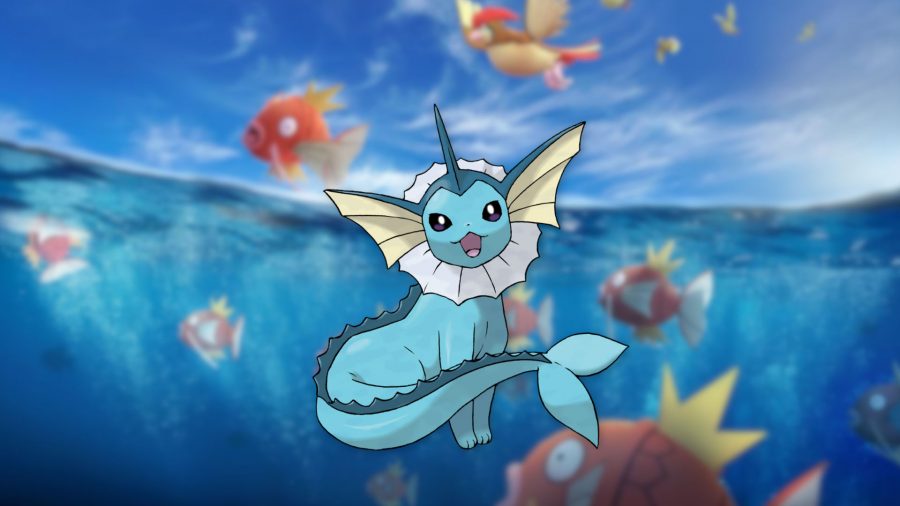 Vaporeon is right up there with the highest stamina and HP ratings in Go, and that’s across the board, not just compared to its fellow water-types. This bulk makes Vaporeon an ideal tank, able to soak up even super-effective hits for a prolonged period of time, and matched with the shared nostalgia for first-generation Eeveelutions, you should at least have one in your box should the situation arise when you need a good damage sponge (Sorry Vaporeon, it is what it is). 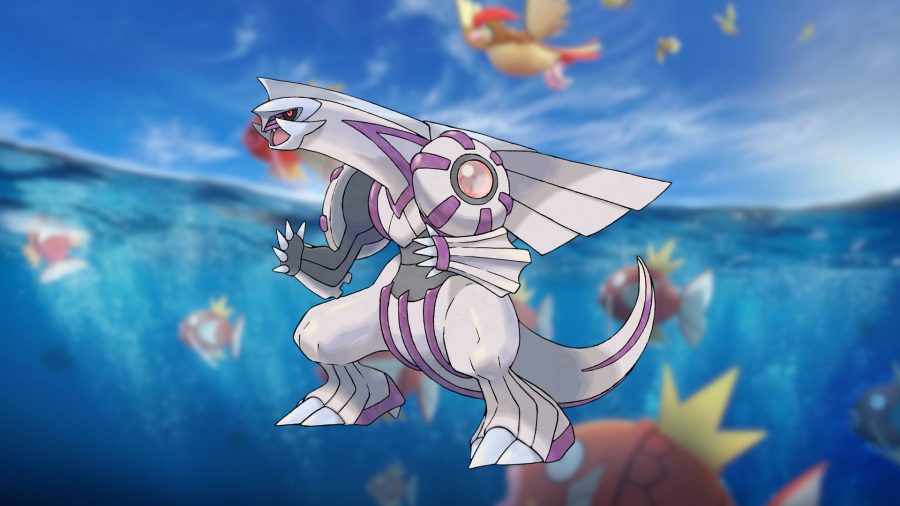 Palkia is the second-best legendary water Pokémon in all of Pokémon Go, with an attacking stat that won’t be beaten by any other vanilla monster, only losing out to Kyogre due to the pure water-type’s incredible bulk. While struggling with a sort of glass cannon nature due to its questionable HP stats, Palkia is a great leading Pokémon as you can deal big hits while relying on the Pokémon’s few weaknesses and using your shields for protection. 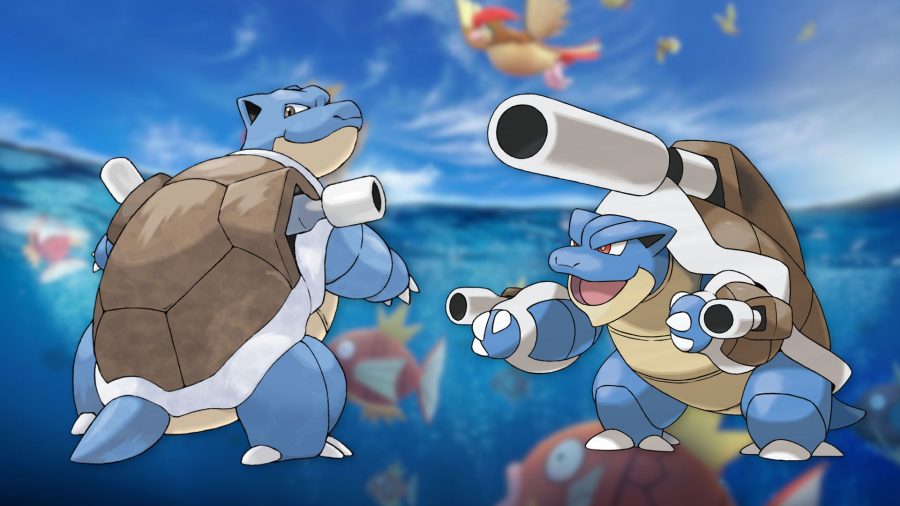 The OG, the standard-setter, and still one of the most popular water-type Pokémon after 25 years, Blastoise keeps up appearances with its stellar Pokémon Go stats. While vanilla Blastoise falls slightly behind some of its starter Pokémon contemporaries, Mega Blastoise more than makes up for this by boosting its stats to unfathomable levels, and locking anyone without a super-effective counter out of taking down the big blue bad boy. 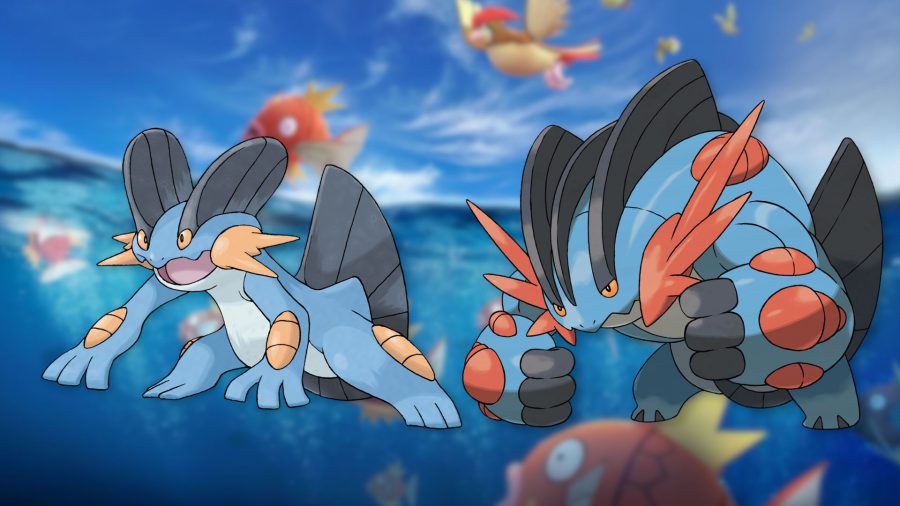 Much like in the main series, the big draw for Swampert is its ability to hit electric-types with super-effective moves using its ground typing. Much like Blastoise, Swamperts mega evolution boosts the muddy water-lover’s stats to incredible proportions, with an attack stat more potent than even Kyogre. The one thing we have to mention with Swampert is that you should not, under any circumstances, switch in when facing a grass type, as the big lug cannot handle even the scent of a mega drain. 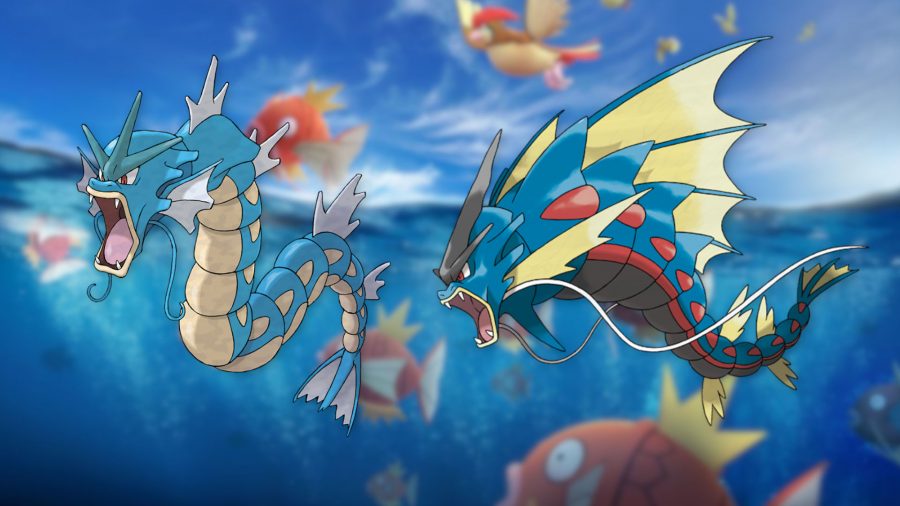 The glass cannon of Pokémon Go’s water-type roster, Gyarados, and Mega Gyarados, hit hard but need the most strategy to play effectively. Due to this, Gyarados suits an early role in any battle, and is an ideal lead, only forced to switch out if faced by an electric-type. In all honesty, I personally opt for Mega Blastoise over Mega Gyarados due to less weaknesses, but if you want to try for a single Pokémon sweep, there’s no better non-legendary contender on this list than Gyarados. 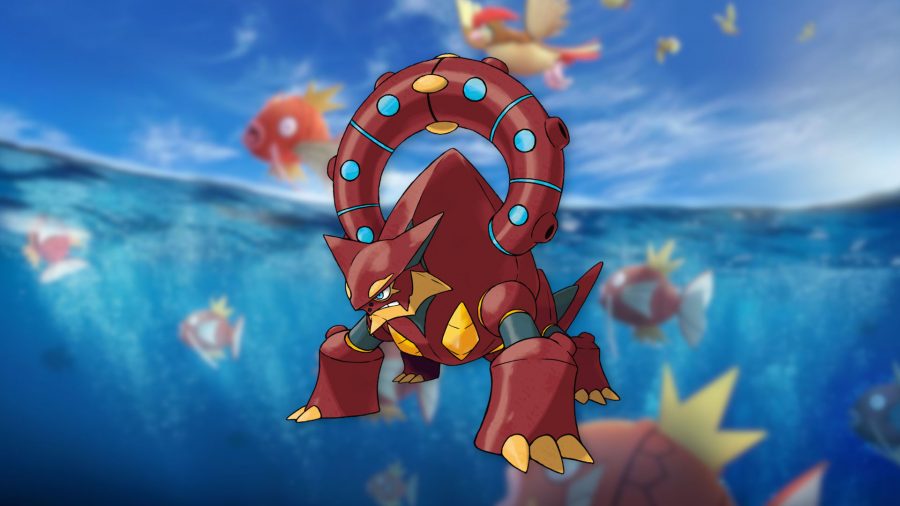 While I’m personally offended by Volcanion’s lacklustre design, its typing, movepool, and stats, make it a real contender for one of the best water-types in Pokémon Go. With access to both water and fire-type moves, there’s little that Volcanion doesn’t hit, and it leaves a lot of room for alternative typings on your bench having two of the primary elements covered. So, if you want to let off some steam and not have to think too much about defensive coverage, Volcanion is a good call. 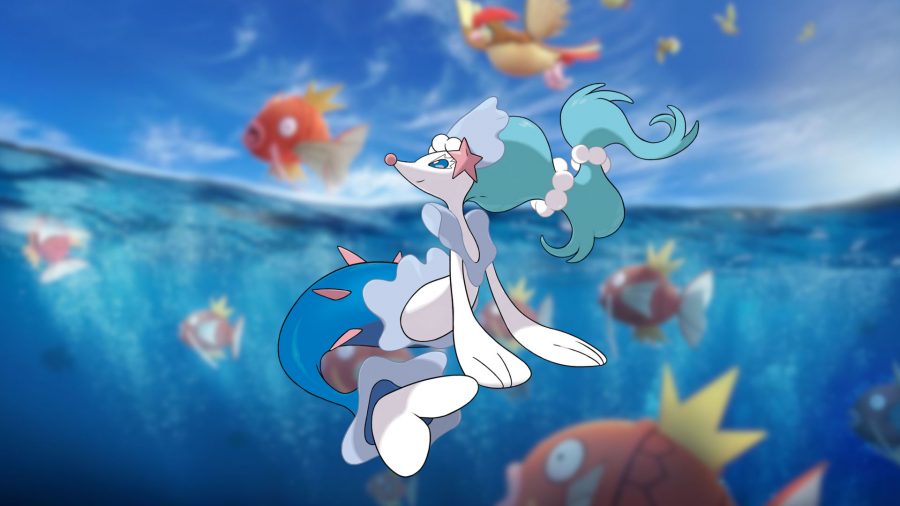 As an alternative option for dealing with dragons to Kingdra or Palkia, who are always at risk when facing down other dragon-types, Primarina’s fairy/water dual typing alongside a surprisingly high attack stat makes the bayside ballerina a reliable switch-in, answering to fire, dragon, ground, rock, fighting, and dark types. Of course, Primarina needs to pirouette out of the way of a few types too, but in terms of controlling the tempo of the game, there’s few with better potential. 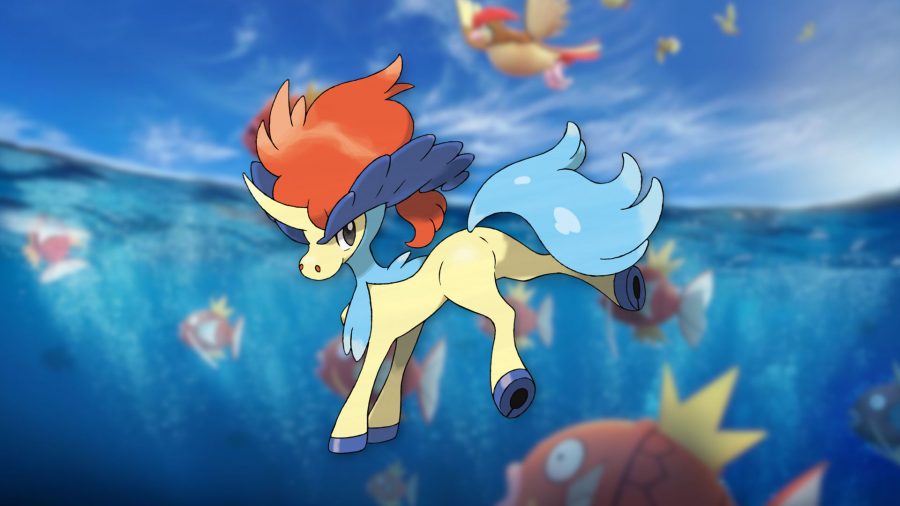 Keldeo is the Pokémon Go equivalent of an anti-tank missile, powering through Pokémon with high bulk, especially normal-types like Snorlax or Blissey. Surprisingly, the water-horse (not sea horse, very different things, apparently), has the highest HP stat of any of the legendary, or pseudo-legendary Pokémon, on this list and while I feel like I should be questioning how Kyogre, an actual whale, doesn’t have more physical bulk, instead I’ll just recommend Keldeo. 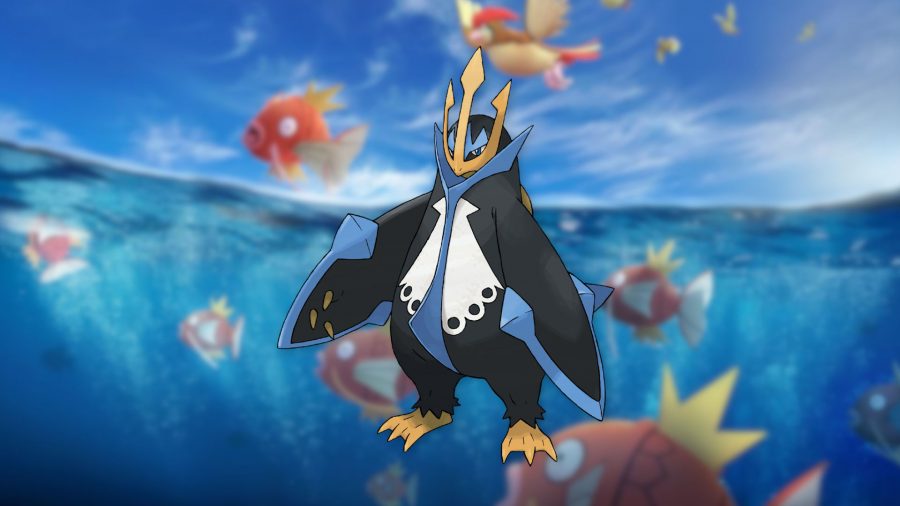 Pokémon Go’s steel-piercing penguin Empoleon is a perfect pick for your potential party (or picking pickled peppers, I mean, look at that beak). Jokes aside, Empoleon benefits from a dual-typing that makes it a solid fit for any team trying to justify a pure dragon lead, as the big ol’ penguin can switch in, soak up any fairy or ice-type attacks, and hit back hard with a metal claw. It’s probably the most scenario dependent on this list, but in that scenario, Empoleon is a game-changer.

There you have it, our comprehensive list of the best water Pokémon in Pokémon Go. While you’re here, why not check out our picks for the best Pokémon games, and dig into the history of some of the legendary Pokémon on our list.