In the underworld of Toby Fox’s Undertale, there’s plenty of spooky characters lurking around, waiting to make your acquaintance. One of the first you meet, and one of the surprisingly kind characters shifting in the shadows, is Papyrus the skeleton, the spaghetti-making wannabe royal guard who is out on the hunt for humans.

In our Undertale Papyrus character guide, we’ve got everything you need to know about the skeletal character, including the key bits of their lore, as well as some advice on taking on the Papyrus battle. As fans of the game will know, the decision you make around the time you encounter Papyrus has massive ramifications on your route choice, so we’ve broke down each of the options and how they affect the ending you receive.

For more guides overflowing with DETERMINATION be sure to check out character accompaniments for Undertale’s Frisk, and Undertale’s Chara, as well as an Undertale download guide for those yet to fall into the lands below. Or, if you’ve already seen all the endings Toby Fox’s iconic RPG has to offer, check out our picks for the best games like Undertale on Switch and mobile.

Papyrus is one of the least powerful, but most charming, characters you meet on an Undertale run. Though he arrives looking and sounding like an antagonist, set on capturing the player for a place in Undyne’s royal guard, Papyrus becomes a good friend for the journey, unless, of course, you kill him during the genocide run. 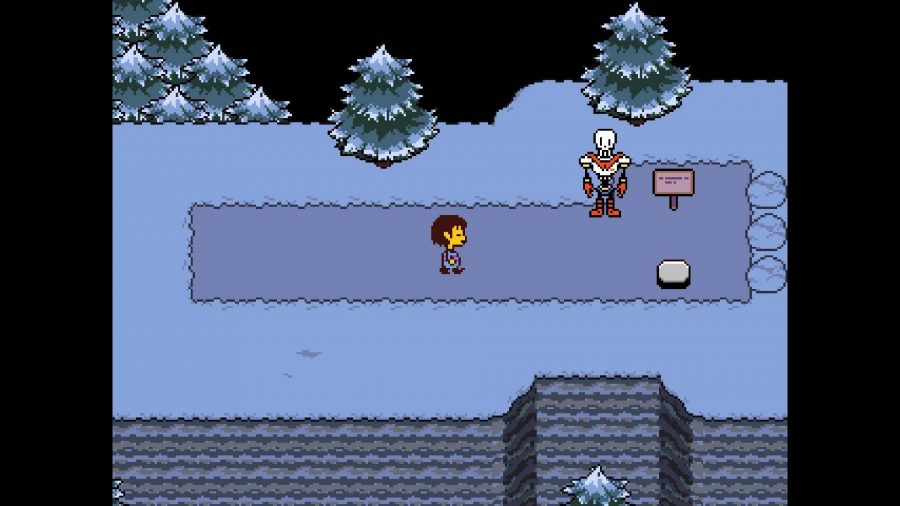 In terms of relationships with other characters in Undertale, Papyrus is Sans’ younger brother, and takes cooking lessons from the head of the royal guard Undyne. Dependent on who you befriend, and which route you head down, Papyrus can meet other characters too, and has a surprising disdain for the perpetually sweet Toriel.

How do I beat Undertale’s Papyrus boss fight?

How you go about the Papyrus boss fight is entirely dependent on which route you’re looking to complete – neutral, pacifist, or genocide – and the results massively change the outcome of the game.

It doesn’t matter all too much whether you choose to kill or not kill Papyrus on a neutral run, especially your first. There are some changes to the dialogue at the end of the game dependent on which monsters you did and didn’t kill, including one in which Papyrus is king if he is saved, so if you want Sans to be in a good mood first time around, we recommend keeping his brother alive.

Not only do you have to spare Papyrus along with everyone else to complete the pacifist route, but you also need to date him. Yes, that’s right, we’re dating skeletons in the underworld. Once you’ve spared Papyrus, you can return to his house and complete a special friendship event, gaining Papyrus’ trust, so that you can also win over Undyne and continue on the pacifist route. 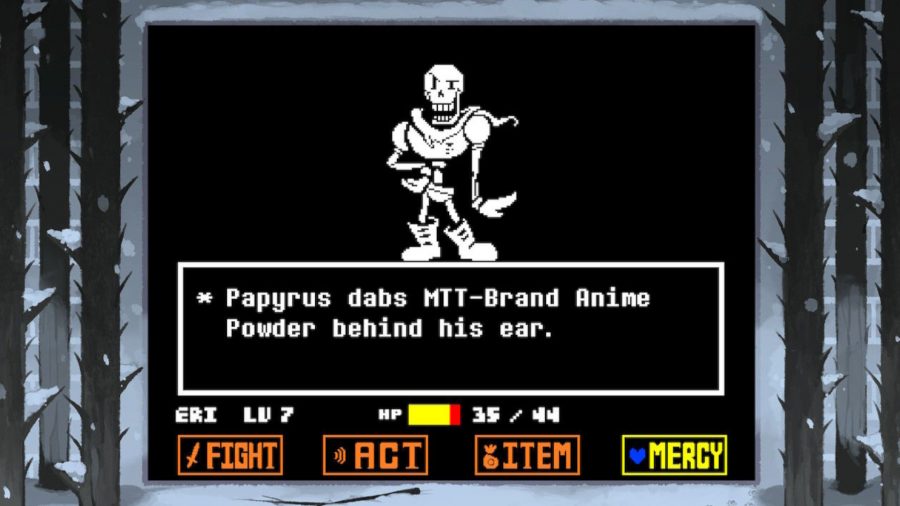 If you’re headed down the genocide route, you need to slay Papyrus before continuing with your adventure. This is probably the easiest of the three options as Papyrus poses no real threat to the player, never taking your HP below one, so you can just keep attacking until the battle is done.

How old is Undertale’s Papyrus?

As with most of the Undertale characters, Papyrus’ age is left up to the imagination of the player. Due to his height, ability to cook on the stove, and conversational skills, we can guess that Papyrus is an adult, more than likely a young adult of around 20 years old. It’s even more difficult to guess with characters like Sans and Papyrus, what with them having no skin and all, but all things taken into account, we think Papyrus is anything between 18-30. 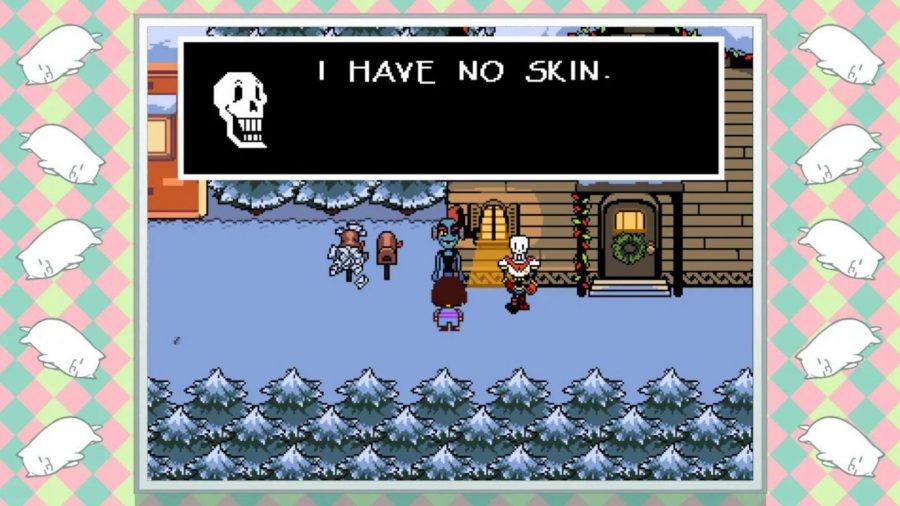 Why does Undertale’s Papyrus cook spaghetti?

Papyrus loves to cook spaghetti, but only beady eyed players will know why. It turns out, Papyrus’ reason for cooking the Italian staple is incredibly wholesome – he cooks it because he thinks that everyone loves it. You eventually find out that this isn’t the case, though few characters have the nerve to tell the skeleton they don’t like their spaghetti, but it’s just another reason why Papyrus is one of the low-key sweetest characters in the Underworld.

There you have it, our comprehensive character guide for Undertale’s Papyrus. For more skeletal friends, and foes, be sure to check out our picks for the best pirate games on Switch and mobile, where you just might encounter a more intimidating set of skull and bones.