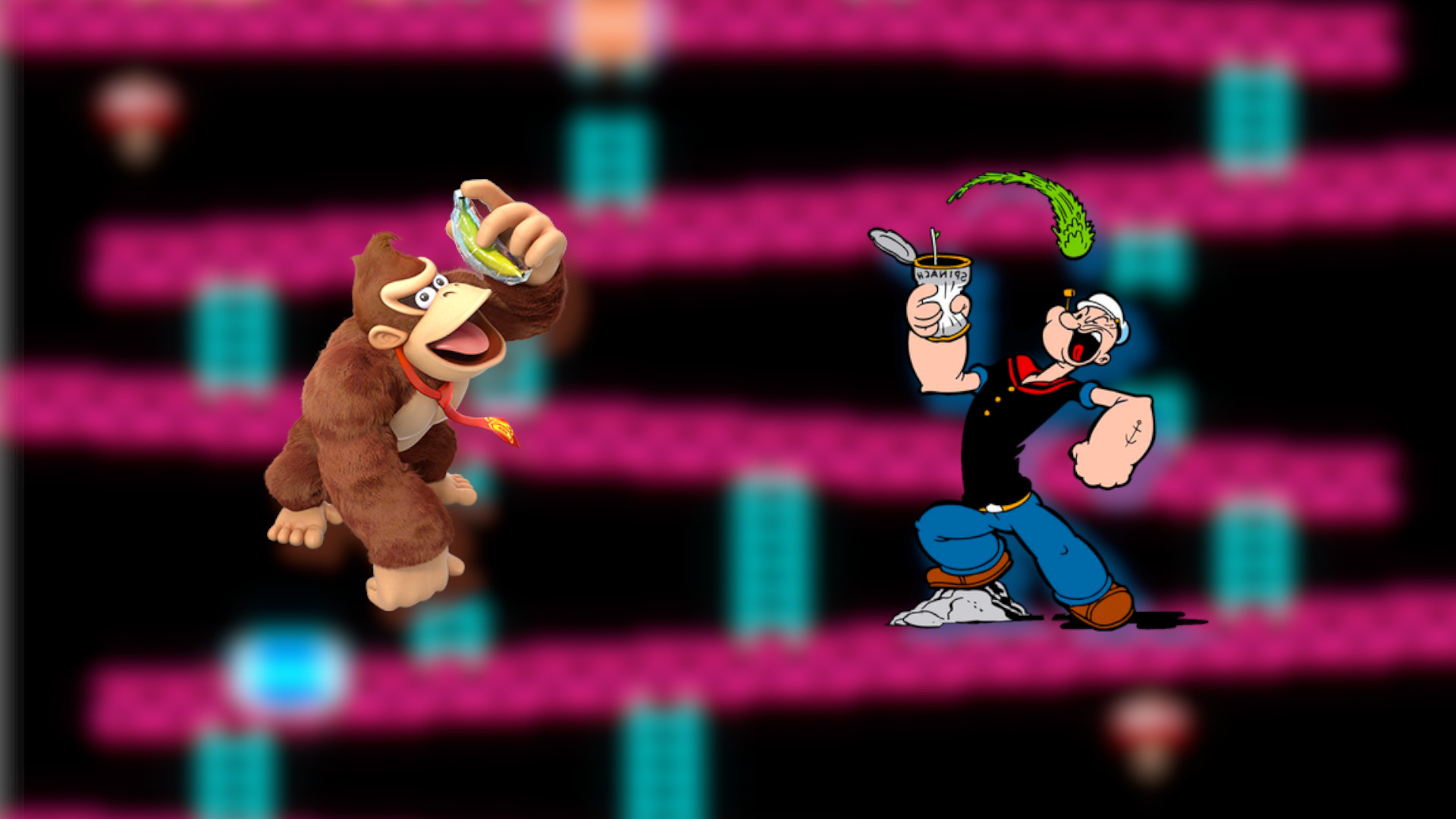 Here’s one from the history books: Donkey Kong almost didn’t exist. In fact, he and Mario himself may only be here today thanks to good old fashioned licensing difficulties. This is all old news to some Nintendo fans, but newer faces may not know how lucky we are to have one of gaming’s most famous mascots.

We know about Donkey Kong and Popeye’s close link thanks to an old Iwata Asks, a series of interviews named after the late president of Nintendo Satoru Iwata. In the interview, Mario creator Shigeru Miyamoto explains how “[he] sketched out a few ideas for games using Popeye”, but as Nintendo were unable to get the licence, things changed, and the original Donkey Kong game became what it is today.

“At that point, [Gunpei] Yokoi-san was good enough to bring these ideas to the President’s attention, and in the end, one of the ideas received official approval”, Myamoto further explained, “Yokoi-san thought that designers would become necessary members of development teams in order to make games in the future. And that’s how Donkey Kong came about.”

If that’s not serendipity, I don’t know what is. Without Donkey Kong, we wouldn’t have Jumpman, who would later grow into Mario, the mascot for some of the highest-rated games in history. No Super Mario Bros. 3, no 64, no Galaxy, no Odyssey. Well, at least in our imaginations, who knows how the butterfly effect works.

Miyamoto also slipped in a great pun in the interview, when failing to remember why the Popeye deal failed: “But while I can’t recall exactly why it was, we were unable to use Popeye in that title. It really felt like the ladder had been pulled out from under us, so to speak.” That’s a pretty good one.

One Twitter user, katewillaerthas put forward a theory for how Mario may have been designed, as pointed out by Nintendo Life. As she explains in the Twitter thread below, it all has to do with the magazine Popeye in Japan, confusingly named as it was dedicated to American fashion. Check it out for yourself.

Mario trying to look LA-cool looks kind of funny…but the connection to Los Angeles fashion also hints at a rarely talked about aspect of his origin.

This is a thread. pic.twitter.com/jp6EZrZy9w

Well, who knows what could have been in the Donkey Kong and Popeye saga. Either way, I’m pretty glad I’m not jumping around hunting for spinach on my Nintendo Switch, but that’s just me. Anyway, for more, check out our best Popeye… I mean best Mario games guide to find the one that’s right for you.